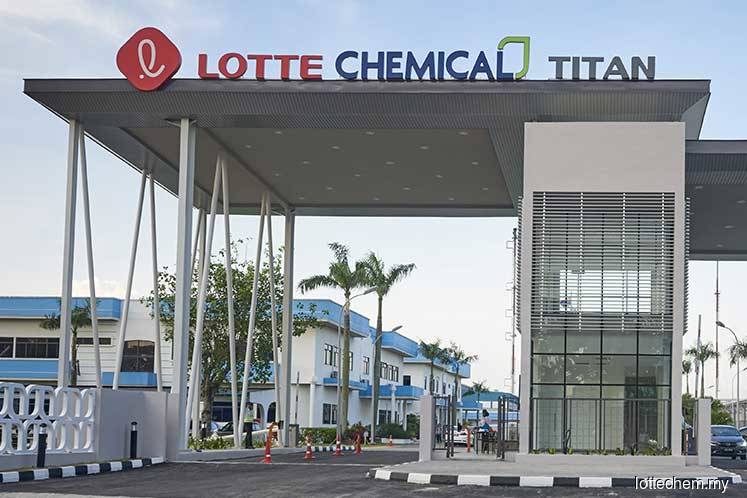 For the first half of financial year 2019 (1HFY19), LCT’s core net profit declined 83% year-on-year (y-o-y) to just RM77 million, mainly as a result of decline in prices for products such as polyethylene (PE), polypropylene (PP), benzene, toluene and butadiene that arose from weak Chinese demand, and the diversion of US petrochemical exports to Southeast Asia in light of China’s imposition of 25% import tariffs on US petrochemical exports.

The price declines were greater than the decline in the price of naphtha, LCT’s major feedstock, leading to a margin squeeze for all products. The margin squeeze was the smallest for PP, but was acute for PE, benzene and butadiene.

In addition, depreciation costs rose y-o-y due to the commissioning of the third PP plant in Pasir Gudang, Johor from Sept 1, 2018, while the effective tax rate rose as reinvestment allowances with respect to the plant were fully utilised in 4QFY18.

Petronas Chemicals Group Bhd (PetChem) is expected to start up its PE and PP plants by the fourth quarter of 2019. PetChem will commission its 900,000 tonnes per annum (tpa) PP plant, which will add to LCT’s 640,000 tpa PP plant, upon which LCT will see its market share of PP production capacity in Malaysia decline from 100% (monopoly status) to 42%.

We expect the increase in production capacity to be in excess of Malaysia’s domestic demand, triggering price competition between LCT and PetChem for domestic and export sales, particularly to regional markets like Indonesia.

However, the July spread averaged US$506 per tonne, putting our forecasts at risk of further cuts. The PP-naphtha spread of US$615 per tonne in 1H19 was down 10% y-o-y, and we have left our spread assumption unchanged at US$676 per tonne, although the average July spread of only US$578 per tonne was a cause for concern.