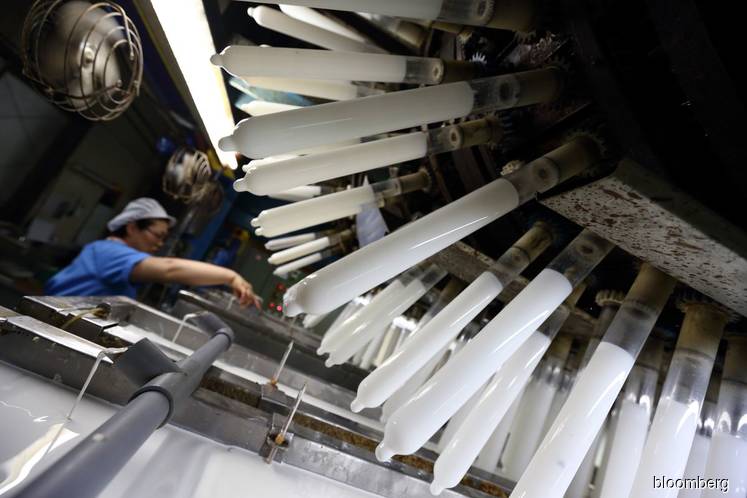 BANGKOK (April 2): Thailand’s largest condom manufacturer is at maximum output to fill the gap left by other makers affected by coronavirus lockdowns.

Thai Nippon Rubber Industry Pcl said it expects to produce as many as 1.9 billion condoms this year, up 27% from its average annual output. The company is taking advantage of latex stockpiles it built up as a buffer against an outbreak of leaf disease, which hurt natural rubber supply, Chief Executive Officer Amorn Dararattanaroj said.

“We’ve been receiving more orders from clients, and we’re now at our full capacity until September,” Amorn said by telephone on Wednesday.

The world’s biggest condom producer is Malaysia-based Karex Bhd, maker of the Durex brand which restarted its factories with a reduced workforce late last month, after a week-long closure to comply with a lockdown. Karex has warned of a global shortage as supply falls by almost 50%.

Thai Nippon produces natural-rubber latex condoms under the Playboy brand. It also makes them for brands owned by other companies. About 90% of output is exported, Amorn said, with the U.S., Japan and China the biggest markets.

In America, Playboy condoms are sold at stores of Walmart Inc and through Amazon Prime, according to website links from the Bangkok-based company.

Thai Nippon shares are up about 15% the past month, bucking a 17% rout in the benchmark SET Index.

The firm said it’s allowed to keep its plants open, even after Thailand imposed a state-of-emergency, under which non-essential businesses are shut. Factory workers undergo health screening, while other employees have the option to work from home.