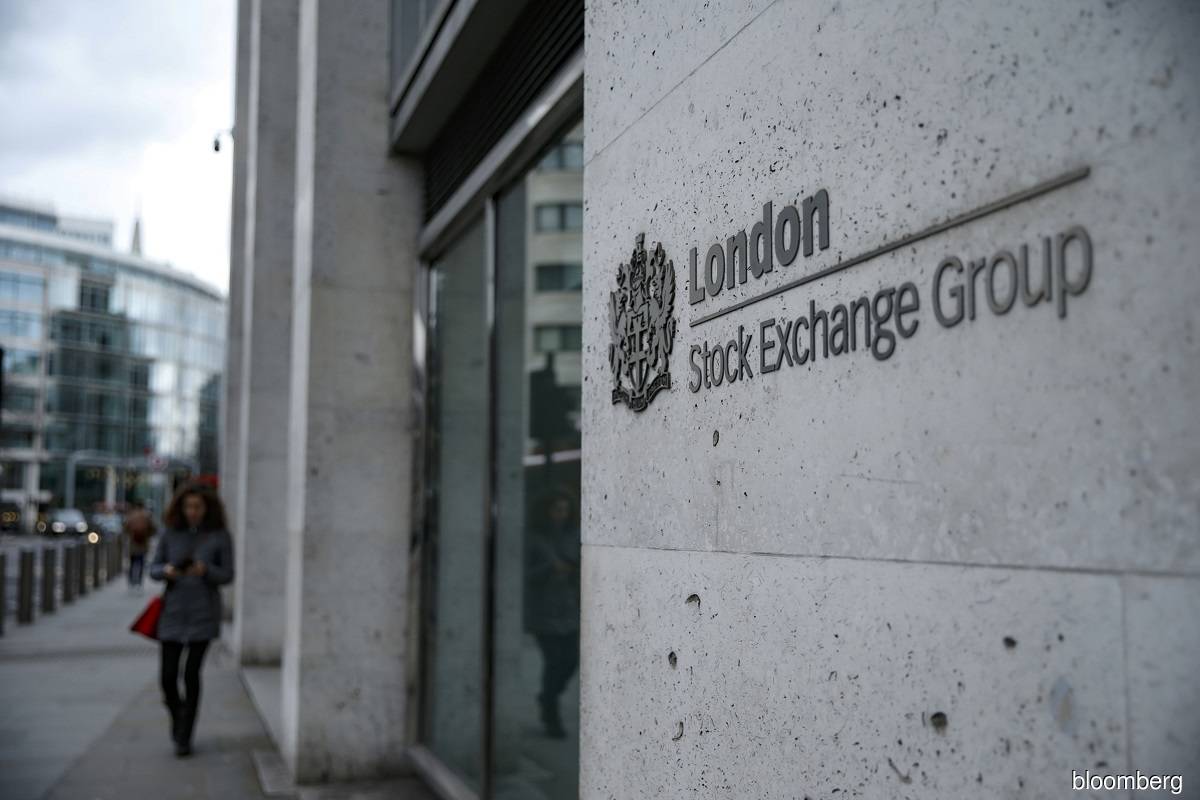 LONDON (March 5): London Stock Exchange shares tumbled on Friday, with analysts saying markets were "spooked" by costs for integrating data and analytics company Refinitiv, which it acquired in January for US$27 billion. The 300 year old bourse will transform into a one-stop shop for data, trading and analytics with the Refinitiv takeover and offered shareholders a final dividend of 51.7 pence a share, as a reflection of the "good performance and confident outlook" for the new group.

But after a conference call with analysts, its stock fell 13% to 8,237 pence, its biggest one-day fall in a year.

Credit Suisse said the results, which included a 3% rise in revenue driven by growth in the FTSE Russell and clearing businesses and a 5% jump in adjusted operating profit, were broadly in line with expectations but guidance for mid-single digit cost growth for 2021 had "spooked the market".

The bank said there were concerns that the overall long-term growth outlook for the enlarged exchange could be lower than previously anticipated, raising questions about what is an appropriate valuation.

Citi cut its rating on the stock to neutral from buy, also citing heavier than expected costs from the Refinitiv takeover.

"A need to improve the resilience of the legacy Refinitiv tech platform, suggests the bulk of the incremental 150 million euros operational expenditure investment will recur in 2022 and beyond," Citi said in a note, adding that an earnings-per-share accretion target for this year now "looks very difficult to achieve".

The exchange said its FTSE Russell stock indexes business in Britain and most of its other information services will be slotted into a newly-formed data and analytics division, as data now eclipses the group's trading operations since the Refinitiv acquisition.

"While early days, the work we have done so far confirms the quality of the business and the extent of the opportunities across the group, as we focus on integration and delivering the strategic and financial benefits of the transaction," LSEG CEO David Schwimmer said in a statement.

Thomson Reuters, the parent company of Reuters News, now holds a 15% stake in the exchange, following the Refinitiv deal.

Schwimmer declined to put a figure on job cuts, but said there will be a reduction in "overlapping senior leadership" this year. Savings will also come from rooting out overlapping locations, efficiencies across vendors and at some data centres.

The group will keep its offices in London's Canary Wharf, where Refinitiv is based, and the exchange's head office in the City of London.

Following the end of the Brexit transition period, the European Union is piling pressure on banks to shift euro derivatives clearing from LSEG's LCH arm in London to Frankfurt.

Credit Suisse quoted Schwimmer as saying that only 6% of LCH euro clearing volumes are for swaps traded by EU-based customers and that it was unclear as to how the EU could mandate the relocation of derivatives in other currencies.

Listings of the so-called "blank cheque" companies which use the proceeds to take private firms public through a reverse takeover have rocketed in New York, and exchanges elsewhere are keen to jump on the bandwagon. That has raised concerns about inflated valuations.

"There is clearly some froth in the US market for SPACs," Schwimmer told reporters. "Some of that could end poorly for some of either those opportunities or some of those investors."

Schwimmer said he is confident that London will remain a global financial centre and that a shift in 8 billion euros of daily share trading from the City to Amsterdam in January due to Brexit, had been anticipated.