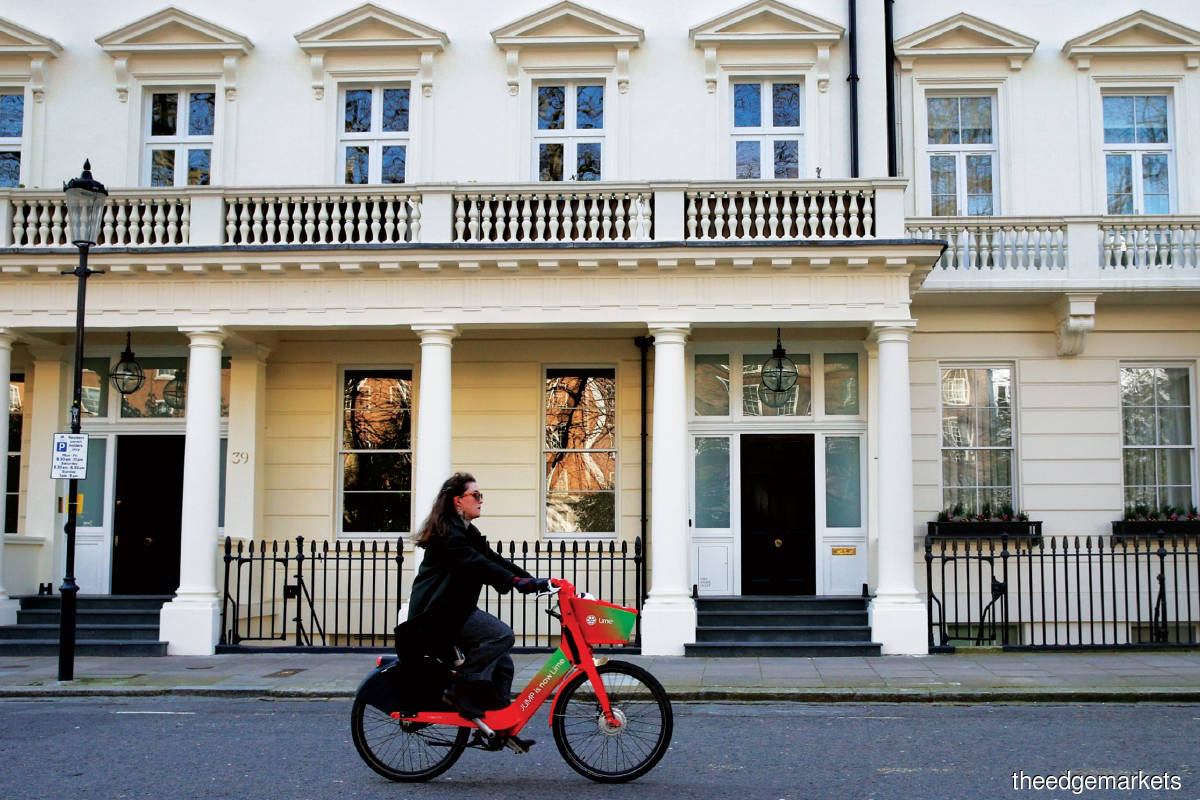 Home to one of the major real estate markets in the world, London has not been spared the effects of Covid-19. Nonetheless, with the planned reopening of its economy post-lockdown in June this year and the UK government’s target to vaccinate all adults by end-July, the capital city’s overall outlook appears rather sanguine.

“As we emerge from life in lockdown, the property market in London continues to surprise us all. London house prices have climbed up to 6.2% since we first went into lockdown a year ago, which is the first recorded house price rise [during a recession] in modern history. While the GDP fell by 10%, the total value of London properties actually increased during the pandemic to £1.8 trillion (RM10.3 trillion). This is a clear endorsement of the resilience of London property,” said Von Grundherr.

“The average cost of a London home rose to about £500,000 in January, with buyers desperate to get the zero stamp duty on offer. According to Rightmove, one of the UK’s largest property portals, the average asking price rose by 2.1% in April, which is the second time in the last five years that it has risen so much in a single month. It has been the strongest spring seller’s market in a decade,” he added.

Von Grundherr highlighted that all segments appear to be performing steadily, especially properties that are priced below £1 million. “In the last quarter, there has also been an increase [in demand] by 52% for properties under the £1 million category.”

He said that there had been a surge in transactions, with over 147,000 UK residential transactions taking place in February — a 48.5% increase year on year and 50% higher than the average over the last five years, according to HM Land Registry. “The number of sales agreed by Benham & Reeves in the first week of March was up 12% compared to last year, with 50,000 sales completed across the capital since the first lockdown, and 65% more sales in the outer boroughs.

“The super-rich have been buying up the properties in London more than any other place in the world. They are lured by the weakness of the pound sterling and the conclusion of Brexit. In spite of the travel restrictions and three lockdowns, foreign buyers spent a whopping £4 billion on properties in central London [for properties that are priced above £10 million],” he noted.

According to the panellists, things have been looking up since the UK Budget was announced in early March. “The stimulus package announced by the government includes a stamp duty holiday extension, government backing 95% LTV (loan-to-value) mortgages, historically low interest rates, world-leading vaccination roll-outs and a roadmap out of lockdown,” said Von Grundherr.

“This has resulted in renewed confidence that the activity will remain buoyant for the foreseeable future and savvy investors continue to recognise that this is a window of opportunity. If activity does slow, the severe shortage of available stocks should prevent price drops. In addition, households here have accumulated £100 billion in savings that is helping to fuel the country’s economic recovery, according to the Bank of England’s chief economist [Andy Haldane],” he added. Meanwhile, in the rental market, although there continues to be excess supply with the travel restrictions in the short term — which has led to subdued rents and slightly longer void periods — “across our 18 letting branches, we saw a 19% increase in enquiries during the last two weeks of March this year. We expect a recovery in the lettings market, and rents returning to pre-pandemic levels”, according to the panellists.

“The lockdowns have led to people reassessing their needs. For example, proximity to green spaces is considered more important than travel [distance]. High-speed internet tops the wish list, as well as balconies and terraces. A lot more people are working from home and they see that as the future. We foresee these trends being around for the long term and if you are buying as an investor, you should bear these things in mind,” said Von Grundherr.

“London is an international hub for business and a bullet-proof investment; the capital city has an extremely strong economy with a thriving business outlook and a prosperous jobs market. Those are among the many reasons why people choose to live and work here, as well as the life, restaurants, theatres and the safety. They are also attracted to the transparency and long-term capital gains.”

Consultancy firm Knight Frank UK expects international buyers to return in late 2Q2021. “A 2% stamp duty surcharge for overseas buyers will come into effect from April. With no price growth due to the absence of international buyers in recent months, the surcharge has effectively been priced in before its introduction. However, overseas buyers may factor the charge into price negotiations. This may lead to a short-term hiatus in activity during a period of price discovery.”

The panellists concurred on the subject of stamp duty. “Other than London being a desirable place to be in, what is an important factor is the fact that we have a clear, transparent tax system here, making it easy for investors to understand what to expect from their property investments,” said Benham & Reeves’ Vidhur.

“In terms of Stamp Duty Land Tax (SDLT), there will be an additional 2% charge for non-UK buyers on the purchase of UK property, announced in the UK Budget last year. It applies to anything that is completed after April 2021. The incentive has to be disclosed if the government waives the SDLT and if a developer offers the stamp duty in return. It has to be deducted from the purchase price to calculate how much one can borrow, hence the person’s overall mortgage,” he added.

The panellists appeared confident that the market is going in the right direction, and that pent-up demand is being released at the moment. “We have received enquiries on the types of properties that investors are looking for,” said Koh.

“There are certain areas that investors gravitate towards, especially the Zone 3 and Zone 4 areas such as Mill Hill East, where the apartments are larger and sizeable. The units in developments in the area of Mill Hill East tend to be rented out faster than the ones in Paddington; we managed to rent out a dozen over two weeks,” he said, adding that the rental rates of The Claves in Mill Hill East by EcoWorld London range from £1,400 to £1,500 per month (for 1-bed, 1-bath units), £1,730 to £1,830 per month (for 2-bed, 2-bath units) and £2,300 to £2,400 per month (for townhouses and mews).

“We actually have about eight apartment units available at The Claves that will be completed [before the end of the] stamp duty holiday,” said EcoWorld London’s Hedley. “Given the positivity in the market and the stamp duty holiday, it is a good time to invest [in London properties] now.”