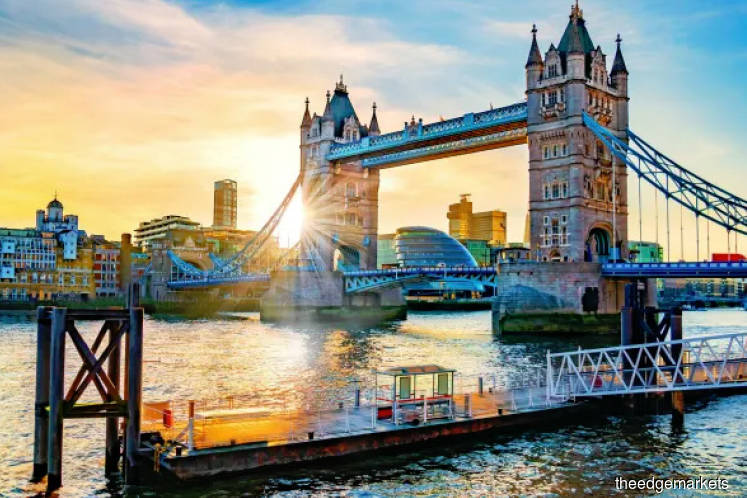 As a global financial and investment hub, London has been badly hit by the ­Covid-19 pandemic. At the beginning of the year, Knight Frank UK predicted that the volume of residential transactions in the UK would end the year at around 5% higher than the five-year average, or around 1.26 million compared with the 1.18 million recorded in 2019.

Still, the London property market appears to be steadily picking up amid the easing of the lockdown, according to a Benham & Reeves London roundtable webinar on June 11.

They concurred that the London market is seeing increasing demand with steady transactions and rents, especially after the government announced the relaxation of lockdown measures on May 28.

“Tenants are coming back into the market, and transactions are taking place — we are almost as busy as we were last year. For example, tenants are signing up for agreements of two to three years — so the rental market is back on,” said Anita. “In terms of sales, we are seeing buyers coming into the market [especially those looking to invest].

“The outlook is strong. The Bank of England is not going to raise interest rates [with the current base rate at 0.1%]. Hence, there is big rental demand. Property prices could jump 6% in 2021, according to Knight Frank UK,” said Anita. “We are confident that the market is going in the right direction, and pent-up demand is being released at the moment.”

As at June 15, a month after the market lockdown had been lifted, record levels of offers had been accepted, with the ratio between asking prices and achieved prices narrowing as traction returned to the market, according to Knight Frank UK.

Knight Frank UK also reported that the number of offers accepted outside of the capital in the week to June 6 was the highest on record and was 52% above the five-year average. In London, the figure was 34% above the five-year average and the third-highest weekly figure this year. The restrictions on property transactions in the UK were lifted on May 13, following an eight-week period of no physical viewings.

“We have definitely seen a jump in sales since the lockdown. It is not that much down now compared with last year. The property market has come back faster than many would have expected because we are seeing new sales both in London and the rest of the UK. That is a positive sign that people are looking to transact,” said Rightmove’s Symes.

“In the last two weeks, there had been more people registering and looking to move. The lockdown has made [prospective buyers] look at their lifestyle and the way they live,” said SPF Private Clients’ Ward.

“[Based on our observation], one of the things they are looking at is space, and the outdoor space. What the lockdown has done, especially for those who had been working from home for the last 11 weeks, is for people to review their living arrangements. The feedback across the board is that there are more people looking to trade up, move, and it’s a positive sign,” he added.

In April, Knight Frank UK predicted that the mainstream UK house prices would fall by 3% this year, with prices in prime central London remaining unchanged following a 25% fall in some markets since 2014.

“London is often influenced by international events around the world. Not surprisingly, we have seen a lot of foreign businesses coming in, especially from Hong Kong at the moment. We have seen quite a few domestic buyers as well, especially when property prices here are stagnant now,” said Quastels’ Neilan.

“Given that the government has put a lot of incentives [in place] to enable the country to stay afloat during the lockdown, it should be that there will be few repossessions; and the fact that it has put the interest rates at the lowest level they have ever been would suggest that it is trying to keep mortgages affordable while people are trying to get through this period. All of this suggests that we are not going to see any downward price pressures,” said Ward.

In addition, Knight Frank UK expects prices to recover sharply in 2021 — and has pencilled in 8% growth for prime central London prices for next year.

“Property prices are holding up. Recently, I have seen purchasers paying over the asking prices because they found the property that they wanted. There isn’t a great deal of stock [in London] currently,” said Neilan.

The panellists concurred that the property stock in London is low versus the demand. “We have had a lack of stock when it comes to rental properties. The supply and demand are in the [buyer’s] favour — if you buy in the right location, you should be able to get good returns,” said Symes.

“London is still the best place to make money. You can purchase properties and have their prices double in 10 years. Despite events such as Brexit and Covid-19, the London market’s price buoyancy has prevailed,” said Benham & Reeves’ Von Grundherr.

“It’s a great place to invest, it’s legally transparent and finances are relatively easy to obtain. Rents [do] well, and the market is liquid if you want to get out,” he added.

“Other than London being a desirable place to be, what is an important factor is the fact that we have a clear, transparent tax system here — making it easy for investors to understand what to expect from their property investments,” said Benham & Reeves’ Vidhur.

“In terms of Stamp Duty Land Tax (SDLT), there has been an announcement that there will be an additional 2% charge for non-UK buyers on the purchase of UK property, announced in the UK Budget earlier this year in March. It applies to anything that is completed after April 2021,” continued Vidhur.

“If you have already exchanged contracts before the budget but will be completing the transaction after that date (April 2021) then you will be exempted; and if you complete your purchase before April 2021, you also won’t have to pay the charge. The take on this is that if you are thinking of investing, better think about buying now before the tax kicks in,” said Vidhur. “Still, to boost the current market, perhaps an SDLT relief should be considered.”

“If the government waives the SDLT and if a developer offers the stamp duty in return, this incentive has to be disclosed. It has to be deducted from the purchase price to calculate how much one can borrow, hence the person’s overall mortgage,” added Ward.