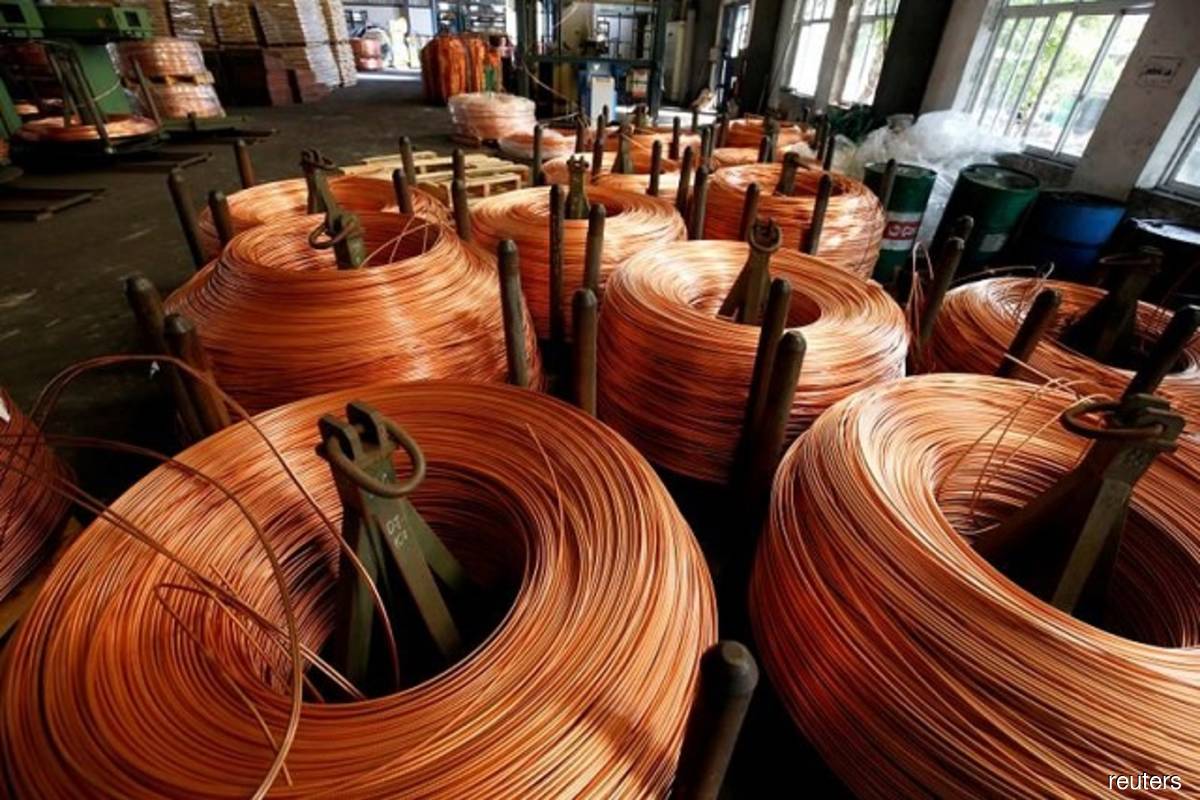 HANOI (Oct 15): London copper prices on Friday were on track for their biggest weekly gain in nearly five years on supply concerns and as sentiment was supported by the metal surpassing a key psychological level.

"Bullish sentiment increased during LME Week amid power shortages and supply concerns," wrote commodities broker Anna Stablum of Marex Spectron in a note, referring to the electricity crunch across Asia and Europe.

"This month's new recycling restrictions in Malaysia have also caused the scrap market to tighten considerably, forcing traders to turn to refined metal."

LME copper cancelled warrants or metals earmarked for delivery, were last at 140,200 tonnes, the highest since August 2018.

Cash copper on the LME was at a US$147-a-tonne premium over the three-month contract, the highest since April 2012. Copper for Monday delivery traded as much as US$175 above metal for Tuesday delivery, the biggest 'tom-next' spread since November 2006, indicating shortage of nearby supplies.

The metal surpassed US$10,000 a tonne in late trading on Thursday, the first time it has done so since June 14.

"As we reach the US$10,000 psychological level, stop hunters are trying to force the shorts out," said a metals trader, adding that risk appetite is also strengthening.

Asian shares advanced warmed by the embers of a strong day on Wall Street, which supported risk-friendly currencies and hurt the safe-haven yen.