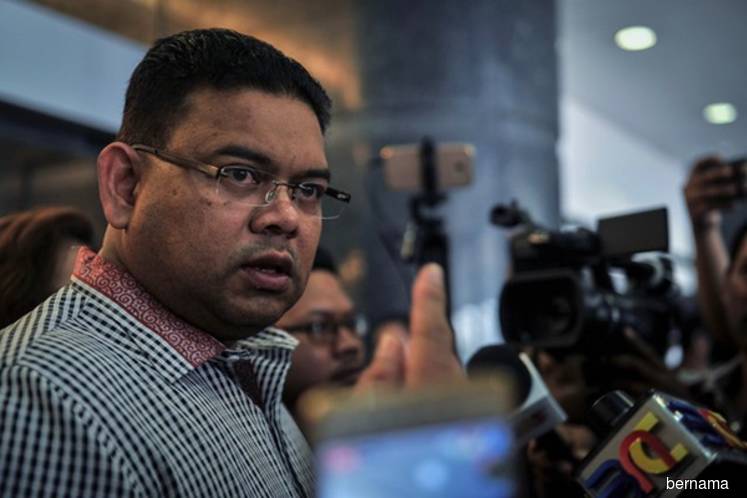 For the first charge, Lokman, 46, is accused of intentionally causing losses to Wong Yan Ke, 22, by tearing the latter's placard at a bus stop opposite Amjal Restaurant in Jalan Pantai Baharu at about 3.30pm on March 22.

He was charged under Section 426 of the Penal Code, which carries a maximum jail term of five years or fine upon being found guilty.

On the other two charges, Lokman together with Mutalif, 47, Lembah Pantai Umno office clerk Salmon Arif Budiman Muchlis, 47, and law firm runner Mohd Norzakifah Mohammed Nawi, 43, were accused with a person still at large, of voluntarily causing hurt to Wong by grabbing the latter’s jaw and pulling his neck from behind, and pulling his hair from behind at the same place and time.

He faces an alternative charge for the offence against Siti Mariam, 25, under Section 352 of the Penal Code, for using criminal force to cause hurt to the victim.

All of the accused persons claimed trial to all the charges.

One of Lokman’s lawyers, N. Logendran, told the court that Lokman is the sole breadwinner for a big family and is expecting his 11th child soon.

He believes his client is now jobless, and was given a mere pittance when he gets invited to give talks.

He described Lokman’s situation as “kais pagi makan pagi” (living from hand to mouth) and asked that the Umno leader be allowed bail.

After considering the pleas, Magistrate Umzarul An Nur Umar allowed Lokman to be released on bail of RM9,000 for three charges in one surety, while Mutalif was allowed bail of RM6,000 in one surety.

Meanwhile, Salmon Arif and Mohd Norzakifah were released on bail of RM4,000 respectively.

The magistrate fixed the case for mention on May 16, and directed all of the accused not to harass the victim.