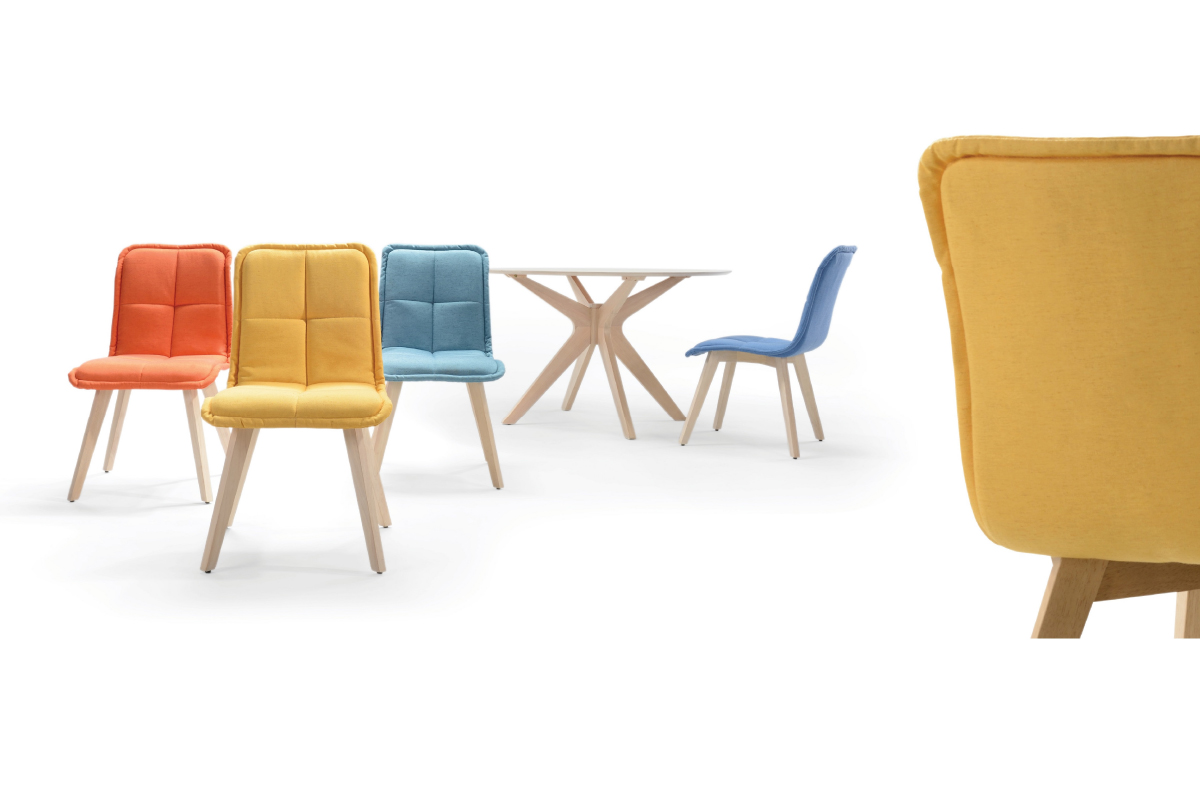 LOCAL furniture players that derive a large portion of their revenue from exports to the US are seeing an “out of the norm” increase in orders, thanks to the ongoing pandemic and Sino-US trade war.

At the time of writing, there were more than 2.5 million active Covid-19 cases in the US. So, it is not surprising that major corporations such as Google, Microsoft and Facebook have adopted work-from-home (WFH) policies to help contain the spread of the virus. Some have even gone to the extent of providing employees with one-off cash allowances to purchase home office furniture.

Also, the cash handouts as part of the US$2 trillion (RM8.3 trillion) stimulus from the US government are reported to have spurred consumer spending on items such as home furnishing. This bodes well for furniture companies operating out of Muar, Johor, deemed the “heartland” of the local industry.

One such company is Wegmans Holdings Bhd. Its co-founder and executive director Collin Law Kok Lim says the company is seeing a surge in demand from customers in the US.

“Some of our customers are doubling up on their orders, compared with before the Movement Control Order (MCO) period in Malaysia. This is especially for customers who have an e-commerce presence in the US,” he tells The Edge.

The majority of Wegmans’ products are wood-based furniture, with more than 90% of its home furniture products produced on an original design manufacturing (ODM) basis. Its products are exported to businesses in the home furniture sector in more than 70 countries across six continents. North America was the primary revenue contributor (almost 45%) to Wegmans’ revenue of RM85.36 million in its financial year ended Dec 31, 2019 (FY2019).

Poh Huat Resources Holdings Bhd, which manufactures both office and home furniture, derived more than two-thirds of its revenue of RM701 million for its financial year ended Oct 31, 2019, from the US. A Poh Huat spokesman tells The Edge that there has been “very encouraging” sales orders from US customers.

“This is mainly because furniture sales in the US [was slow] in March and April, during the early phase of the pandemic. Sales started to pick up in May, resulting in a drawdown in inventory. So, many US customers started to replenish their stocks as sales start to pick up,” he says.

He adds that the ongoing US-China trade war has also helped to boost sales. “We have factories in Malaysia and Vietnam, and both of them are seeing very encouraging confirmed sales orders from customers in the US, partly due to the trade war and the fear of further sanctions on products sourced from China. “However, we think the lead time for delivery played a bigger role as US customers [were beefing up] orders in July and August so that delivery could take place in October or November. That is because the lead time, from the time of the order to delivery, usually takes about three to four months. Traditionally, home furnishing sales in the US peak at the year-end to coincide with the festive season.

“Also, there seems to be a more pronounced demand for home office furniture, as well as for ready-to-assemble furniture. This is in line with a shift in consumer preference to shop for furniture online rather than through bricks-and-mortar retailers.”

One downside for furniture manufacturers could come in the form of a weakening US dollar against the ringgit. At press time, the ringgit had strengthened 7% to 4.14 against the dollar, compared with 4.45 on March 23.

In its 2019 annual report, Poh Huat disclosed that a weaker US dollar by 5% would lead to a decline of RM1.78 million in profit before tax — equivalent to 3.4% shaved off its bottom line.

Things are also looking up for Spring Art Holdings Bhd, which is involved in the manufacture of ready to-assemble furniture products. The company’s managing director Jack Lim Kok Eng tells The Edge that a number of its customers from the US are sourcing from Malaysia due to the trade war. “For us, this has resulted in an increase in orders from the US after the (March to May) MCO period. One of our US customers shared with us that their sales have increased 65% in the last four months as more Americans are working from home. Therefore, they are requesting that we increase our production capacity to cater for that surge in demand,” he says.

As for the US currency’s impact on its dollar-denominated sales, Lim says the group has a natural hedge as it imports raw materials from overseas markets in the greenback and holds derivative financial instruments to hedge against its foreign currency exposure.

In a note last Thursday, PublicInvest Research says it is optimistic about the local furniture sector’s long-term outlook. The brokerage expects the growth in demand for Malaysian furniture to resume once the global economy recovers and returns to normal in 2021.

PublicInvest says that valuation-wise, furniture stocks are still attractive, given their potential earnings growth of 37% and 20% in FY2021 and FY2022 respectively. The firm has an “outperform” call on three stocks — Poh Huat, Wegmans and Homeritz Corp Bhd.

As for Poh Huat, PublicInvest says its growth will be supported by the increase in furniture sales to the US. “Despite the challenging near-term headwinds due to Covid-19, we remain positive on Poh Huat’s long-term prospects, given its presence in Vietnam. Our 12-month target price of RM1.80 is based on 10 times price-earnings multiple pegged to its FY2021 earnings per share.”

PublicInvest has an “outperform” call on Wegmans, with a target price of 40 sen. Since the start of the year, the stock has risen 16.7%. It closed at 31.5 sen last Thursday, giving the company a market capitalisation of RM157.5 million.

“Wegmans’ growth will be driven by its new plant, which will double its current production capacity, thus enabling the group to diversify its revenue stream via market expansion and new product offerings. Furthermore, as an ODM player, Wegmans enjoys higher profit margins than its peers due to the competitive advantage,” says PublicInvest.

As for Homeritz, the research house has an “outperform” call on the stock, with a target price of 93 sen. An integrated ODM and original equipment manufacturer, Homeritz produces a complete range of upholstered home furniture products. About 24% of its sales are derived from the US.

“As one of the leading upholstered furniture manufacturers in Malaysia, we reckon that Homeritz will be able to seize the opportunity arising from the US-China trade war as the group is currently operating at about 70% of its existing production capacity. Meanwhile, as an ODM manufacturer, it provides Homeritz with a competitive advantage due to its better cost control from its integrated manufacturing operations and its in-house R&D team,” says PublicInvest.

Another furniture player on the radar screens of analysts is Lii Hen Industries Bhd. In an Aug 18 note on the company, Hong Leong Investment Bank Research maintained its “buy” call on the stock, with a target price of RM3.65.

“We expect earnings in the second half of 2020 to rebound strongly as we understand that order volumes have already returned to pre-Covid-19 levels [January and February] as lockdown rules in the US — which accounted for about 75% of Lii Hen’s sales in FY2019 — have loosened,” says the firm.

Year to date, Lii Hen shares have appreciated 2.6%, closing at RM3.15 last Thursday to give the company a market capitalisation of RM567 million.