Living the good life in your golden years (Part 2) 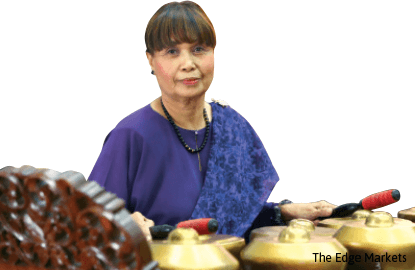 Growing community of seniors for seniors

But with a permanent resolution at the policy stage far from sight, several parties have taken to forming support groups and outreach programmes to educate seniors in living a more fulfilling and healthier life.

“When you retire, it is not the end of life. Life goes on. You must stay active for your own sanity and health,” says lifestyle blog SeniorsAloud.com founder Lily Fu, who is sodden in sweat after her weekly line dancing session. The 67-year-old joining the troupe in 2008.

“It is very important to be actively engaged in life, even in your retirement years,” says the grandmother of five. “I always encourage senior citizens to make new friends and keep in touch with their old ones. Together, they can do something meaningful and contribute to society.

“One thing a lot of retirees have is time. They should not just stay at home and look after their grandchildren round the clock. They must have something to look forward to. If they love cooking and gardening, the internet is a great tool. There are a lot of recipes and gardening tips online.”

She sees it as a form of safety net for the aged community to generate provisional income. It can be something as simple as selling homemade delicacies to using their expertise and experience.

Through the SeniorsAloud community, she alerts the members, who are mostly baby boomers, of threats or scams and warns them against falling prey to unscrupulous schemes. “This is especially prevalent among newly retired seniors, who have a lump sum stashed away. Since they want to bankroll their cash so it can be sustainable, it makes them easy targets of scammers.”

In Fu’s experience, seniors who have the most difficulty adjusting to a slower pace of life are normally those who used to be in the C-Suite. “They are so used to having their personal assistants do everything for them that they might not know how to book an air ticket or fill the car with petrol. It is a lot of re-learning for former top executives.”

Through her blog, Fu approaches the topic of living thriftily based on her own experiences. She advocates learning about inflation, currency depreciation and the concept of starting a second career.

“People are living longer, so the money they put away for their golden years is just not enough to cover their needs. Nowadays, the third age is loosely defined because a lot of us cannot afford to retire. Many people go into semi-retirement as their savings in the Employees Provident Fund are far from enough to cover the living expenses of retirement years,” she says.

Fu recommends re-skilling courses for seniors looking for opportunities to go back into the workforce. “By learning new things such as how to write a better resumé and how to use social media platforms like LinkedIn to promote ourselves, we stand a better chance.”

Coming from a well-educated and independent background, Fu observes that retirees are not keen on spending their golden years relying on their children. There has been a notable change in their outlook, she says, as many are considering retirement living instead.

“People at my age, we are educated, we are professionals. We are not like our mothers’ generation. They have more conservative and traditional views, while we expect a certain lifestyle,” she says with a glint in her eye as she talks about her ideal retirement lifestyle.

“I have an inner circle of female friends. When we cross our eighties, we plan to rent a three-bedroom apartment and share a common living room and kitchen. We plan to share the expense of having a live-in nurse or domestic helpers too,” says Fu.

From her interaction with like-minded seniors, she says there is enthusiastic interest in good retirement homes. Housing developers in Malaysia are starting to notice that there is potential in the aged-care sector with a few retirement villages launched in the past few years.

“The potential buyers of retirement homes want to live in a more self-contained area. Mont’Kiara, for example, is the perfect place for retirement living. But not everyone can afford to live there,” Fu notes.

In an ideal setting, a retirement village should be complete with easy-access services for the elderly with lower mobility such as shuttle service, clinics, security, banks and convenience stores.

Fu stresses that retirement living is not just for those in the higher income bracket, so developers should also look at retirement homes for the middle and low-income groups. “I think there is a huge market for these groups. For the low-income group, there can be a low-cost retirement condominium, and one of the floors could serve as community centre, where all the elderly could gather for activities and classes. A day care centre for the elderly could also be set up,” she says.

“It is very risky to leave senior citizens alone at home. They risk falling down or having a heart attack, and loneliness could lead to depression,” Fu says, recalling the time her mother sustained a fall when she was home alone.

Fu believes that government intervention is necessary as Malaysia rapidly becomes an ageing society. Without the necessary laws and policies, the elderly continue to live perilously.

Her frustration stems from the lack of basic requirements like non-standardised pavements, the poor upkeep of walkways and deplorable state of community centres in cities like Kuala Lumpur and Petaling Jaya. “One of the ways people could help senior citizens stay active is through community centres. Many activities and classes for the elderly could have been done in these centres. But our community centres are not well maintained; it is such a waste,” Fu exclaims.

Health issues aside, entering the third age poses another challenge and a more complicated one — managing their relationships with loved ones. This is where organisations like Aged Unite to Organise Rest & Recreation (AUTORR) Foundation Centre come in. AUTORR is an initiative focused on creating shared spaces for families with elderly members.

“What we are trying to do is put the three generations under the same roof, so they can have more mentoring and bonding time. We hope this will not only help the seniors stay active but also help the family create more harmony and unity,” says AUTORR founder Yap Swee Lin.

Yap says the centre aims to help seniors to be hopeful, to lift their self-esteem and increase their will to live. It also helps to take guilt off the working younger generation for not being able to make time for their elderly parents, she adds.

“Seniors who are left home alone would feel so lonely. Rich or poor, seniors may find themselves trapped in a situation where they feel bitter and depressed because they are not getting the expected treatment,” she says.

“Some seniors are reluctant to develop new hobbies in their golden years. It makes the situation worse,” she adds.

The Ampang-based centre organises classes such as tending to bonsai, meditation, floral arrangement and balloon sculpting. They also host talks and workshops on a range of topics, from eating healthily to exercising in their old age.

“The idea is to get the seniors out of the house. It is important to let them meet new friends and enjoy a relaxing ambience instead of being confined by the four walls of the house,” says Yap.

“We have seniors who carpool here to join our events; we also have seniors who come in a wheelchair because they are recovering from a stroke. By coming to the centre, they can be among like-minded friends. It helps them to be happy and active, at least mentally.”

Activities are organised on alternate weekends for the time being, but Yap has plans to turn AUTORR into a day care centre for the elderly as well. She maintains that she is hell-bent on ensuring that the initiative is not twisted into an old folks’ home, which is more often than not a means for children to abdicate their responsibility to their aged parents.

“We want to make seniors feel like they are at home or a holiday villa when they are here at the centre. They can relax and enjoy, knowing that this is not a place for their children to abandon them,” she says.

The concept of healthy ageing is often mistaken as a special requirement for the elderly if they want to age gracefully and with dignity, says MHAS’ adviser Professor Nathan Vytialingam.

“Healthy ageing is an all-encompassing approach, covering physical, mental, emotional, spiritual and social health. In the simplest form, it is to take measures to prevent diseases that are preventable, such as high blood pressure and diabetes. We are all in the process of ageing. Practising healthy ageing from a younger age would be ideal as prevention is better than cure,” says Nathan, who also sits on the Advisory Council of Global Coalition on Ageing.

Being mindful about healthy ageing would help solve these problems. As older persons stay healthy physically and mentally, it is more likely that they will actively engage with society and contribute to good causes, such as by volunteering or mentoring.

While some people blame the government for not doing its part, Nathan says healthy ageing is primarily about being proactive in looking after one’s well-being. “MHAS is working with some corporations to educate their employees on the importance of healthy ageing. People who practise healthy ageing will form healthy communities and this will turn us into a healthy nation,” he says.

Che Nor Mohaini agrees. Engaging with a wider community of like-minded people has made her more proactive and independent. “I started attending classes with U3A back in 2011. My first course was baking. It was such a fun experience and I didn’t want to stop.

“In retirement, many of us tend to become more reclusive and tend to make excuses for ourselves for not wanting to do something that could be beneficial. I find that my time is put to good use and the activities keep me occupied.

“Anyone with too much time on their hands may find themselves thinking about unnecessary things. Give everything a chance. Try first, you will find that nothing is undoable.” 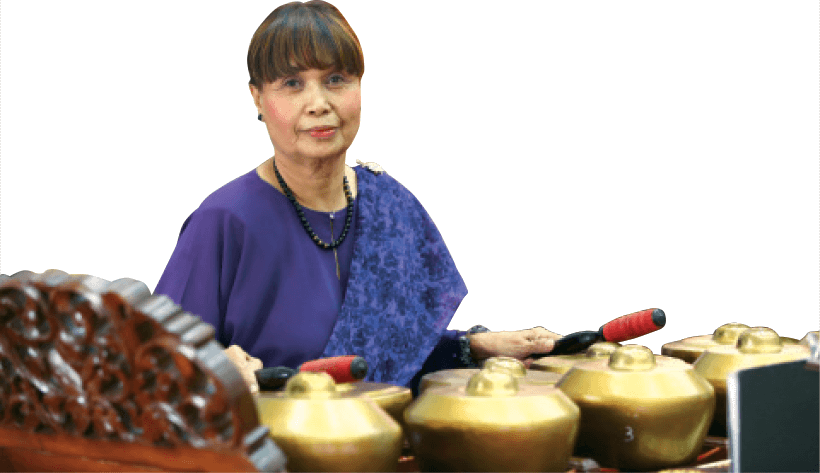