Live it!: Where the heart is 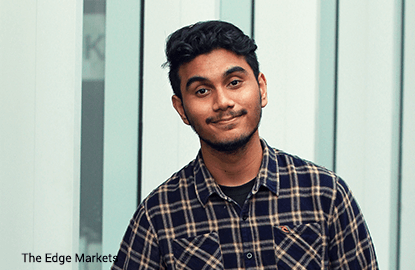 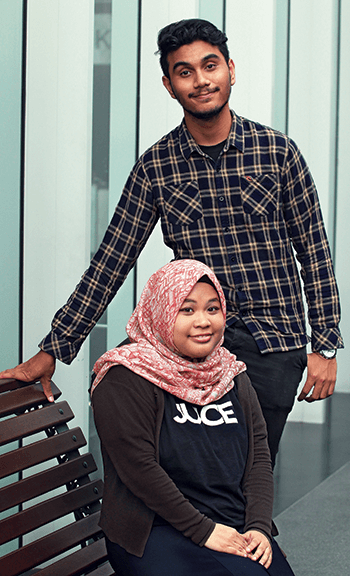 Last year, when Anomalist Production staged Bangsa: Anak Kecil Main Api, they addressed the proverbial elephant in the room at the time — the racial tensions that had simmered to a boil amid political manipulations. It was timely, a nevertheless bold move for a relatively new theatre company. But the young theatre-makers are not here to just entertain, as reiterated time and again when live it! met the co-directors and co-writers to discuss their latest play, HOME.

“It was a bold attempt, and surprisingly the audience — mostly a Malay and Chinese crowd — responded very well,” says Nell Hanan, 24, on taking on the controversial subject.

Thanks to his mother, who is an ex-political journalist, law-graduate Khairi Anwar, 24, grew up very much aware of the political on-goings of the country. “I agree and disagree with some things,” he says. A self-confessed film buff, Khairi fell into theatre by chance while at university after realising that many actors started out in theatre.  “I feel that using ‘entertainment’ to tell stories is a good form,” he adds, “Theatre is a great way to engage people intellectually.”

With its start as a drama club in Universiti Teknologi Mara and rather prolific successes in the university scene, Anomalist Production was registered in 2014 by some of the members of the club as a way to seek a wider audience, as well as to take on more experimental and provocative work. This was realised in their debut of two original plays in 2015, Skrip Untuk Ali and Bangsa: Anak Kecil Main Api. 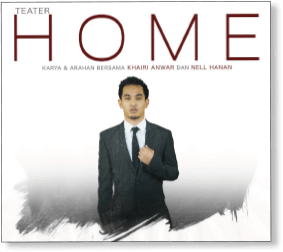 In HOME, which will be staged this weekend at the Damansara Performing Arts Centre (DPAC), the duo tackles another current issue: the brain-drain of Malaysian talents. It is told through the story of Syafiq, a brilliant law graduate who is at a crossroad in his life — he has to decide to leave the country to continue his studies then stay on to work overseas, or to remain at home.

“When I graduated last July, a lot of my friends were talking about leaving to other countries and not coming back,” recalls Khairi. “I find it very sad for us as Malaysians because they are leaving due to the problems and how things are done nowadays in the country.”

The fact that the character of Syafiq is a debater will also resonate with audiences, in light of outspoken Malaysian debater Syed Saddiq Syed Abdul Rahman’s prominence in the public realm. But the significance of the play is its potentially insightful glimpse into the collective psyche of a young generation of Malaysian graduates and working professionals. “It may seem that they are not as aware or caring of the political issues in this country, but they are, and they read, they research. So they make their decisions from that, and a lot want to leave,” says Hanan.

While there is an overtly patriotic message in the play, Khairi acknowledges that it is very much understandable why people want to leave the country, citing the lack of acknowledgement of Malaysian talents by the government and the public, limited nurturing and economic opportunity for professionals, as well as the current political climate. “It’s not just one particular race, but among all communities,” he observes.

Interestingly, it was a reverse thought that inspired the coining of the title. “When people go overseas for a vacation, they come back and often say ‘there is no place like home’,” says Khairi. In the midst of the crucial decision to leave or to stay, the story also explores the idea of home.

“The story is not just about Syafiq, but also people around him,” explains Hanan. “His mother, father, girlfriend, friends… all of them have a different definition of ‘home’. It is for the audience to think about.”

The argument goes beyond physical departure, as the co-directors assert. “You don’t have to be physically home to feel close, or remember it, or to even serve it [in this case],” points out Hanan. “To leave or not is very subjective, but if we can impart just a little thought about home, of giving back, and of bringing the country to a better place [no matter if you’re away], it’s good enough,” chips in Khairi.

They are unabashed in their belief that even if people call them out about being idealistic, telling the story is the first step that must be taken if they are to convince today’s young people to have the determination to remain. “I’m not afraid of that; at least we create the discussion,” Khairi asserts.

“The story is relatable to all of us. I hope it will motivate people because the current situation is bleak, and life is full of pressure. I hope it will inspire them,” expresses Hanan. Khairi concurs: “I hope that they don’t lose hope. We have to strive together during this crucial time.”