THE celebrity circle is always abuzz with weddings, hook-ups, break-ups, and everything in between. Baby fever is no less exciting. So here are 10 celebrities sporting a bump and whose babies some of us can’t wait to see this year. 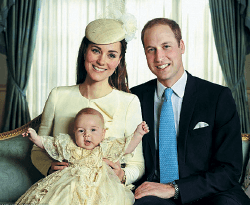 1 Kate Middleton
The Duchess of Cambridge and her husband, Britain’s Prince William, are expecting their second child. The Royal couple — whose April 2011 nuptials was dubbed “the wedding of the century” — are already parents to 18-month-old Prince George. Their second bundle of joy is due in April. 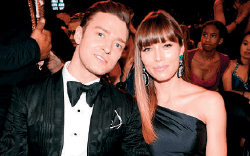 2 Jessica Biel
As one of Hollywood’s golden couples, the 7th Heaven star and husband — heart-throb Justin Timberlake — have been on “baby-bump watch” since their 2012 wedding. Biel has been spotted several times with what looks to be an unmistakably swollen belly, though the Timberlakes have yet to confirm the bun in the oven.

3 Shakira
Hips don’t lie indeed as the singer and her Spanish footballer boyfriend Gerard Pique will be welcoming their second child pretty soon. Having met on the set of her hit Waka-Waka, 37-year-old Shakira and 27-year-old Pique went public with their relationship in 2011 and already have a two-year-old son named Milan.

4 Carrie Underwood
The award-winning country starlet is set for the next stage of her life — motherhood. The 31-year-old American Idol winner, who wed ice-hockey player Mike Fisher in the summer of 2010, is said to be expecting a baby boy, due sometime in spring (March).

5 Liv Tyler
The blue-eyed beauty is carrying her second child, and the rumour mill has been swirling with reports that the 37-year-old is engaged to the baby’s father — entertainment manager David Gardner — since she was spotted with a sparkler on her ring finger. The new arrival would be the couple’s first child together as Tyler shares 10-year-old son Milo with ex-husband Royston William Langdon, and Gardner has a seven-year-old son from a previous relationship.

6 Ashlee Simpson
The reality television starlet-cum-singer, who recently got hitched to Diana Ross’ 26-year-old son Evan Ross announced her pregnancy last month, though the 30-year-old has not divulged on how far along she is. This would be Evan’s first baby and Simpson’s second as she shares a five-year-old son Bronx with ex-husband Pete Wentz.

7 Jennifer Love Hewitt
The sultry actress dated several of her co-stars, including Jamie Kennedy and Ross McCall from The Ghost Whisperer before she finally married her The Client List co-star Brian Hallisay in 2013. The couple welcomed daughter Autumn that same year and are said to be “thrilled” to be expanding their brood with another baby on the way. 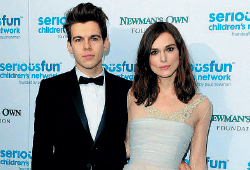 8 Keira Knightley
The Pride & Prejudice actress married musician James Righton in May 2013 and finally confirmed last month that they are expecting their first child after months of speculation. This will be the first child for the notoriously private couple, who were married in a low-key ceremony in the South of France. 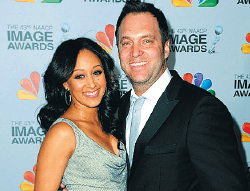 9 Tamera Mowry-Housley
The Sister, Sister star married Fox News correspondent Adam Housley in 2011 and has since welcomed son Aden John Tanner in 2012. Just weeks ago 36-year-old Mowry announced they were expecting a sibling for Aden.

10 Molly Sims
The 41-year-old American model and actress — known best for her Sports Illustrated Swimsuit appearances — revealed back in September that she and husband Scott Stuber are expecting baby No 2; a girl, in addition to two-year-old Brooks.

This article first appeared in The Edge Financial Daily, on January 12, 2015.