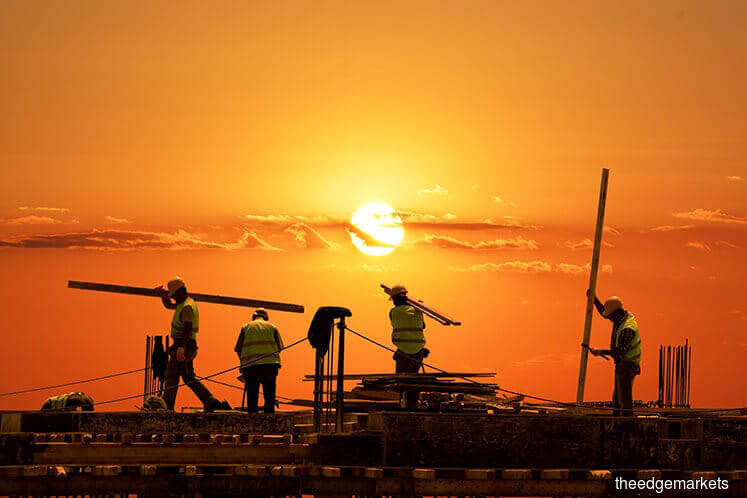 Construction sector
Maintain underweight: The recent series of news reports on the East Coast Rail Link (ECRL) has left us with more questions than answers as to the project’s status since a stop-work order/project suspension was issued in July 2018. Our observations based on various news reports and channel checks point to two key takeaways: i) negotiations on whether to terminate, cancel or proceed with the existing scope or with a smaller-scale version of the ECRL project have been challenging, given the bilateral issues involved; and ii) the fact that the project was suspended at 14% completion.

While the government has on numerous occasions broadly indicated its intention to discontinue the ECRL project, financial implications continued to be the main hurdle. If the project is allowed to proceed without downsizing, the interest portion of the updated RM66.8 billion construction cost as derived by the finance ministry (MoF) will be significant, even with a competitive 3.25% interest rate on the loan from the Export–Import Bank of China (Exim Bank), with an additional seven-year repayment moratorium based on the original 20-year loan agreement.

On the other extreme, if the project is terminated, the immediate financial impact on the Malaysian government is the compensation to be paid to China Communications Construction Company Ltd (CCCC), the engineering, procurement, construction and commissioning (EPCC) contractor, which would typically be dictated by the termination clause of the EPCC contract.

In terms of what has been paid, the MoF has indicated previously that RM20 billion has been drawn down from Exim Bank (as at April 2018), of which RM10.2 billion has been paid as advance payment to CCCC (15.2% of construction cost) and RM9.7 billion for the actual progress payment as at July 2018. It also indicated that CCCC had committed to a redeemable performance bond amounting to RM10.2 billion.

At this juncture, what have been reported in the press but remain unconfirmed and/or unverified by the government (pending an official announcement) are whether the EPCC contract with CCCC has been terminated and if the government is indeed considering a new contractor should it decide to proceed with the project at a significantly lower price tag of under RM40 billion as reported by The Edge Markets.

Prime Minister Tun Dr Mahathir Mohamad was quoted in the press as saying that negotiations for an amicable solution regarding the ECRL had been tough, with one of the options being a possibility that the overall scope of the ECRL project would be downsized.

Hypothetically, and assuming that the negotiating parties deem that the cost of terminating the ECRL exceeds its benefits, a potential downsizing may involve focusing on phase one of the ECRL, in our view. Based on the MoF’s cost breakdown, that would be the RM46 billion package serving the east coast of Peninsular Malaysia excluding phase two, the double tracking line and an extension to Pengkalan Kubor worth a combined RM21 billion.

We would be cautiously positive on the impact on local contractors if the ECRL is allowed to proceed this year. We believe opportunities for local contractors could still be limited if the funding from Exim Bank and the EPCC structure are unchanged, more so if the overall project is downsized significantly. — CGSCIMB Research, Jan 31