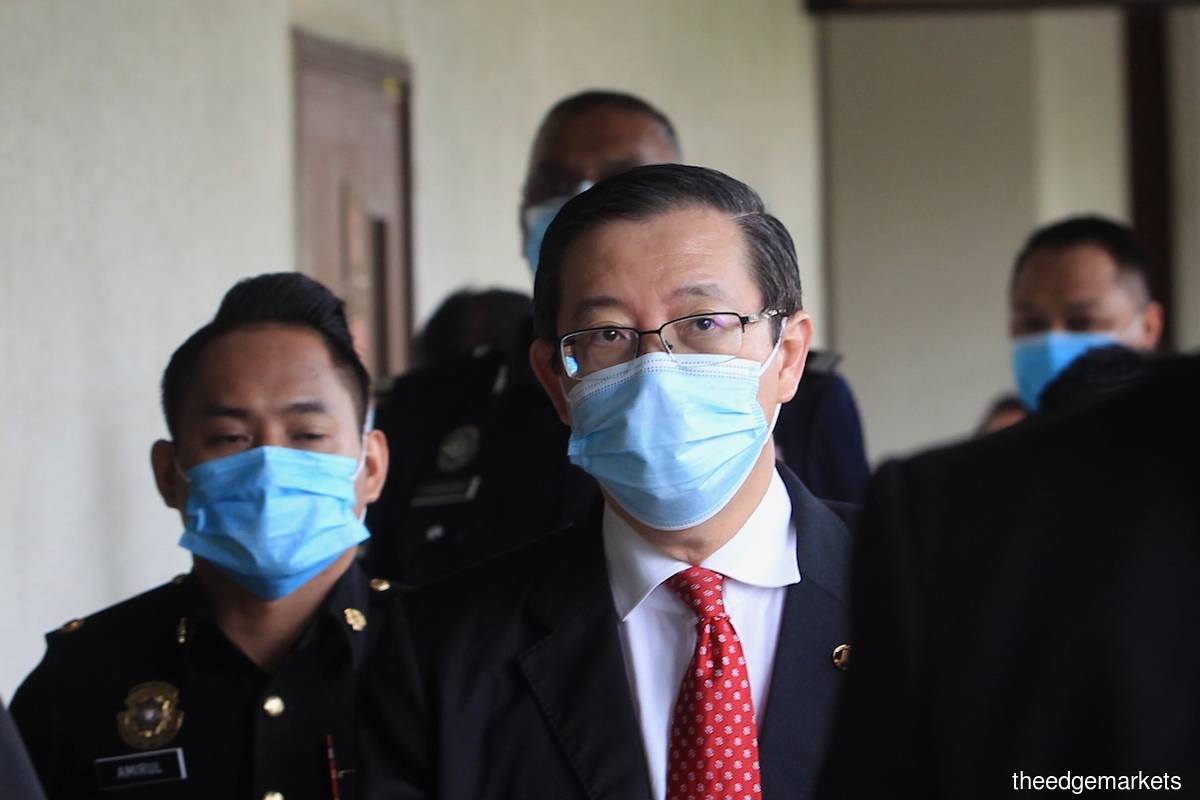 KUALA LUMPUR (Aug 7): Former Finance Minister Lim Guan Eng pleaded not guilty to the graft charge made against him, related to an alleged agreement for the Bagan Member of Parliament (MP) to receive future gratification from the developer of the RM6.3 billion Penang Undersea Tunnel project.

He was charged with one count of bribery for allegedly arranging the receipt of 10% of the future profits of the project as gratification from Datuk Zarul Ahmad Mohd Zulkifli, currently the senior executive director of Consortium Zenith Construction Sdn Bhd.

He was read the charge, made under Section 16(A)(a) of the Malaysian Anti-Corruption Commission (MACC) Act 2009, before Sessions Court Judge Azura Alwi today.

If found guilty, Lim will face a jail term of no more than 20 years and a fine of no less than five times the amount or value of gratification, or RM10,000, whichever is higher.

Lim was represented by lawyers Gobind Singh Deo and Ramkarpal Singh, who are also DAP MPs for Puchong and Bukit Gelugor respectively.

Wan Shaharuddin requested for bail to be set at RM2 million, considering Lim's stature as Penang Chief Minister at the material time.

"The accused was a chief minister and the offence committed is serious. I urge your lordship to consider the gravity of the offence.

"Corruption can collapse a nation in the blink of an eye," said the DPP, who also asked for Lim to report to the MACC within the first week of each month.

Meanwhile, Gobind said the purpose of the bail is to ensure the presence of the accused in court, adding that the records show that his client has, without fail, assisted and cooperated with the MACC during its investigation.

The judge subsequently set the bail at RM1 million with two sureties.

She also said Lim should not need to report to the MACC on a monthly basis, although the former minister has to surrender both his international and diplomatic passports.