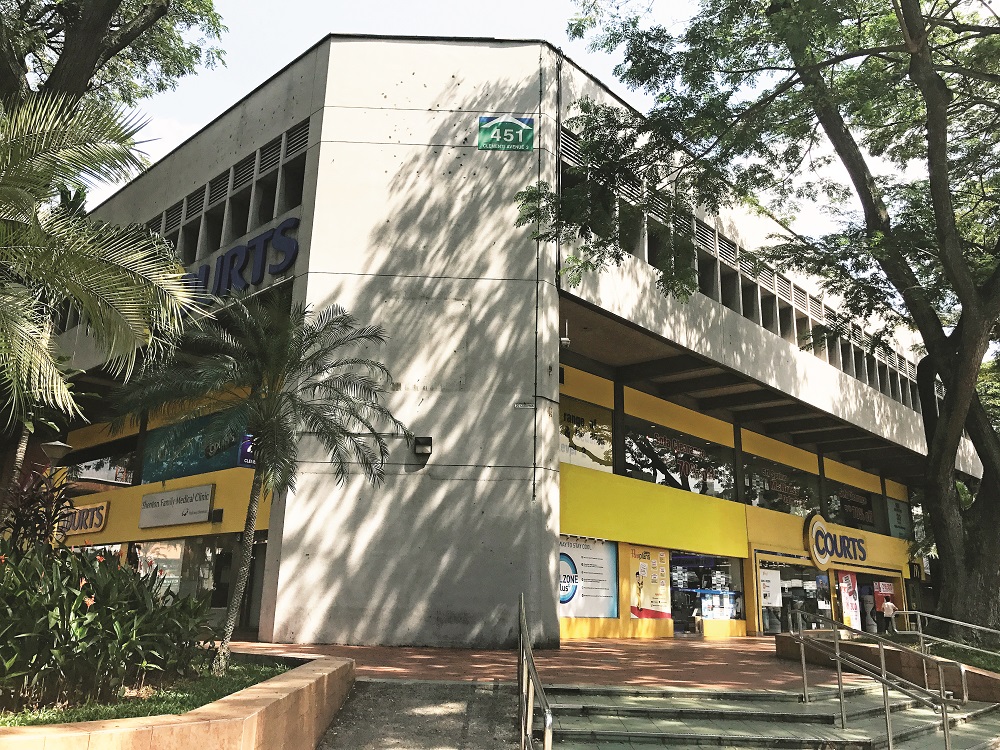 THE year 2013 was a seminal one for property developers. That was when the URA private residential price index scaled new heights in 2Q2013, surpassing the two previous peaks of 2Q2008 and 2Q1996. At end-June 2013, the Monetary Authority of Singapore sprang the mother lode of macroprudential policies — the total debt servicing ratio (TDSR) loan framework — which when combined with the punitive property cooling measures, triggered a downslide in private residential property prices for 14 straight quarters.

In early 2013, however, even before prices peaked, the Ong family of Singapore-listed construction and property development company Lian Beng Group had already begun to feel uneasy about the property market. “We didn’t know how long the good times were going to last,” says Matthew Ong, executive director of Lian Beng Realty, a wholly-owned subsidiary of Lian Beng Group. “We thought it was [the right time] to find an alternative income stream.”

Thus began the group’s quest for investment property with recurring income that would provide stability for its balance sheet, especially since margins for construction contracts have thinned and the risks in residential property development have increased, owing to the property cooling measures.

It was also in early 2013 that the Ongs decided to look beyond Singapore’s shores for investment property, at Australia and the UK. Ong, who had been heading business development at Lian Beng Realty since April 2012, was put in charge of growing the group’s portfolio of investment properties. Under Ong’s watch, Lian Beng’s portfolio of investment properties grew to S$616 million (RM1948 million) as at 2QFY2017 ended November 2016, from S$438.5 million six months earlier. The increase was attributed mainly to the acquisition of four retail properties last July. They are worth S$151 million and located in the mature HDB heartland centres of Ang Mo Kio Central, Bukit Merah Central, Clementi Central and Toa Payoh Central. The properties are fully leased, with anchor tenants such as Courts electronics and home furnishing store at Clementi Central, and NTUC Fairprice supermarket at the other three malls.

All four are located within walking distance of an MRT station, bus interchange and shopping mall. “Such large-format retail stores in mature HDB estates are virtually impossible to find and highly sought-after,” says Ong. “We are looking for similar assets, with good long-term tenants and immediate rental income.”

Steven Ming, managing director of Savills Singapore, who brokered the sale of the four retail properties to Lian Beng, has noticed more developers hunting for investment properties with recurring income. Ming says, “[This trend is partly the result of] a more challenging development climate — a residential market that continues to be beleaguered by both supply and demand policies and a highly competitive land-bidding environment that does not show signs of abatement in land prices to reflect increased market risks.”

Earlier, in February 2016, the group acquired retail asset Broadway Plaza for S$51.5 million. The five-storey commercial property sits on an 18,450 sq ft site and has a remaining lease of 60 years.

Broadway Plaza was purchased for long-term recurring income as well, says Ong. The building can be redeveloped into a new commercial complex, although subdivision into strata units for sale will not be allowed.

Last October, Lian Beng purchased Khong Guan Industrial Building, an eight-storey freehold building on Mactaggart Road, for S$31 million. Based on the gross floor area (GFA) of 57,019 sq ft, the purchase price translates into S$544 psf. The light industrial building sits on a freehold site of 21,123 sq ft, is zoned for “Business 1” use and has a plot ratio of 2.5, according to URA Master Plan 2014. The investment properties acquired by Lian Beng so far have an average yield of 5%, says Ong.

For now, investment property has yet to make a significant contribution to Lian Beng’s bottom line partly because of the group’s opportunistic divestment of assets when an attractive offer came along, concedes Ong.

One example is Midlink Plaza, a nine-storey commercial building on the corner of Middle Road and Queen Street, which Lian Beng and its joint venture partners — Centurion Properties (property arm of Centurion Global), coffee shop operator Chang Cheng Group and a private vehicle of Jason Lee of JForte Holdings — acquired en bloc for S$126.8 million in 2011. Lian Beng held a 19% stake in the JV through its associate company Millennium Land.

The consortium had intended to redevelop Midlink Plaza into a 396-room hotel with strata retail space, but in early November 2014, privately held Chinese conglomerate Nanshan Group — controlled by the Song family — purchased the property for S$270 million on a turnkey basis.

In mid-January, Epic Land sold 17 strata office units with a total strata area of 79,459 sq ft at Prudential Tower for S$206.59 million, or S$2,600 psf. The buyer was relatively new private-equity fund management group One Tree Partners, set up by Tan Shern Liang and Roy Tan. The bulk purchase was brokered by CBRE director of investment properties Galven Tan in a private treaty. “The strata office market went through a consolidation in 2014 and 2015, and most of the buyers were end-users,” observes CBRE’s Tan. “Last year, demand started to shift, with more investors looking at quality office assets for recurring income.”

Interest picked up noticeably after significant deals were made towards 2H2016. This includes the sale of the 43-storey Asia Square Tower 1 — with 1.2 million sq ft of Grade-A office space — to Qatar Investment Authority for S$3.4 billion in June, which was jointly brokered by CBRE and JLL.

BlackRock, the vendor, also put Asia Square Tower 2 up for sale by expressions of interest, which closed at end-January. The market indicative price is said to be at least S$2.2 billion.

Meanwhile, the adjacent 99-year leasehold white site on Central Boulevard was sold to Malaysian group IOI Properties Group for S$2.57 billion (S$1,689 psf ppr) last November. The site was the highest bid for a government land site in Singapore in terms of absolute and psf ppr prices. At least 100,000 sq m, or 70%, of the GFA of 141,309 sq m is designated for office space.

Two other significant office deals towards the end of last year were the sale of a 50% stake in Capital Square for S$475.5 million (S$2,455 psf) to ARA Asset Management in November, and 77 Robinson Road to CLSA Capital Partners for S$530.8 million (S$1,810 psf). In February, DBS Bank sold the 28-storey PWC Building on Cross Street to Canadian insurance company Manulife for S$746.8 million (S$2,100 psf). While the PWC Building and 77 Robinson Road deals were brokered solely by CBRE, the sale of Capital Square was brokered jointly with JLL. “These transactions have been good for the market,” says CBRE’s Tan. “Demand from Asian buyers has also picked up significantly.” He attributes the spate of transactions to the lack of good-quality strata office space in the Raffles Place financial district, with the exception of GSH Plaza, Prudential Tower and the adjacent Samsung Hub, which is 999-year leasehold and therefore commands a slight premium in pricing. The three buildings are linked underground, with Prudential Tower connected to CapitaGreen across Cecil Street, and to Samsung Hub and GSH Plaza across Church Street.

As such, Epic Land is open to offers for the remaining 60,000 sq ft of office space at Prudential Tower, says Ong.

It is not just in Singapore that Lian Beng is willing to divest an asset if the right offer comes along. In May 2015, for example, Lian Beng acquired a historic office building at 247 Collins Street in the Melbourne CBD for A$23 million. The seven-storey sandstone building called Newspaper House is famous for the mural on its façade. “We bought it as an empty building, and then we leased it out,” says Ong.

Today, the building is fully leased, with new tenants such as Bupa healthcare group and Discover English education provider. The average lease period of the building’s tenants is said to be 7½ years.

Market expectation is that the sale price of Newspaper House will be above S$35 million. “We had a couple of offers from local and offshore buyers,” says Ong. The building is also located directly opposite Melbourne’s latest upscale mall, St Collins Lane. CBRE and Knight Frank Australia are jointly handling the sale of the building.

Lian Beng’s latest purchase in Melbourne was a freehold office property at 50 Franklin Street in the CBD last November. The 18-storey office building had eight strata lots occupied by a single tenant — the Australian Stock Exchange-listed multichannel marketing firm Salmat, which is relocating from the building. The property has a total NLA of 11,447 sq m (123,216 sq ft), and was purchased for A$51.5 million (S$54.8 million). The purchase price translates into A$4,500 psm, or A$418 psf.

According to Ong, 50 Franklin Street is an ideal location for student accommodation, as the building is adjacent to the Royal Melbourne Institute of Technology University. Lian Beng has been approached by student accommodation developers and operators interested in converting the office building into student housing. “It’s a property sitting on more than 20,000 sq ft of freehold land in the CBD,” he says. “Student accommodation is one of the permutations we’re looking at.”

Lian Beng plans to launch its first residential project in Melbourne by 3Q2017. The project at 596 St Kilda Road will be developed into a 170-unit upscale apartment block designed by Bates Smart, one of Australia’s most established architectural firms. Lian Beng acquired the site on St Kilda Road from 19 vendors for A$24.35 million in October 2015.

As part of its diversification strategy, Lian Beng ventured into the UK with JV partners, Singapore-listed Heeton Holdings and KSH Holdings, in 2015. “Back then, it was very hard to find good value assets in Singapore, so we cast our nets wider, and we have ownership stakes in one serviced apartment block and four hotels in the UK,” says Ong. “We see the UK as a very stable and transparent market, which is very similar to Australia, and therefore ideal for finding investment properties with long-term recurring income.” Last August, the consortium received the green light from the city council of Leeds for the first phase of its proposed master plan. It involves the refurbishment and extension of the existing office building, as well as its conversion into a 182-room hotel with ancillary restaurant and gym. The consortium has been in discussions with internationally renowned hotel brands to manage the upcoming hotel.

The second phase of the masterplan will feature 780 apartments, cafés and creative workspaces within five new towers of 11 to 41 storeys, set within extensive green spaces. Likewise, it is subject to approval from the local authorities in Leeds.

In February last year, the Heeton-led consortium acquired two more hotels — managed by international French operator AccorHotels — in the UK: an 87-room budget hotel near the centre of Bradford City; and a 127-room hotel in Gloucester City.

Then, in April, the consortium acquired their fifth hotel property in the UK: a 12-storey, 147-room hotel in Manchester’s city centre managed by InterContinental Hotels Group under the Holiday Inn Express brand.

Lian Beng is open to buying commercial properties in the UK. The group continues to see “good value” there as the British pound continues to weaken from Brexit jitters, but economic fundamentals remain strong over the long term, says Ong.

The group has continued to embark on development projects in Singapore, but they have been mainly industrial properties. For instance, Oxley and Lian Beng launched T-Space, a new ramp-up industrial development on Tampines North Drive 2, in the vicinity of IKEA Tampines, Giant hypermarket and Courts Megastore. T-Space is a 30-year leasehold complex with 260 strata-titled units spanning nine floors, and scheduled for completion by 2019.

The first phase of 90 strata industrial units was launched in March last year, and has been fully sold. The second phase of 90 units was released for sale this week. “We aim to have 20% to 25% of our annual income from property investments,” says Ong.

This article first appeared in The Edge Property Singapore, a pullout of The Edge Singapore, on March 13, 2017.