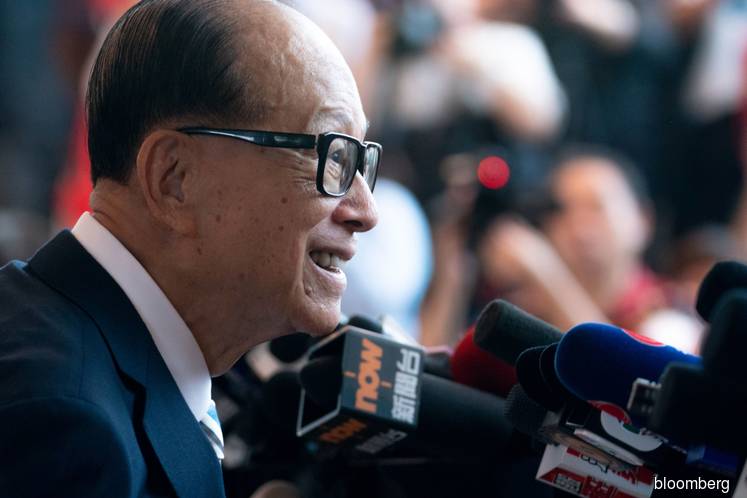 HONG KONG (May 27): Hong Kong’s richest tycoon Li Ka-shing defended a national security law drafted by Beijing, in his first comment on the proposal that has triggered fresh protests in the city.

The founder of CK Hutchison Holdings Ltd was among several billionaires based in the city who rallied behind the draft rule in statements to local newspapers this week, while demonstrators returned to the streets to protest against the mainland’s increasing control.

“It is within each and every nation’s sovereign right to address its national security concerns,” Li, 91, said in a text message sent by his representatives today. “We probably need not over-interpret it. Hopefully the proposed new law can allay concerns the central government has in Hong Kong and give rise to a positive outlook from there.”

China last week announced it would write the new law into the city’s mini constitution, or Basic Law. The step followed months of pro-democracy demonstrations seen as challenging Beijing’s authority. After Britain handed over Hong Kong to China in 1997, the territory has enjoyed autonomy under the “one country, two systems” principle backed by Beijing.

China’s proposed national security law helped trigger a plunge in Hong Kong’s stocks benchmark last week, pointing away from a quick recovery in a US$363 billion economy that is already battling a recession amid the Covid-19 pandemic.

The city’s economy has also suffered from disruptions as thousands of citizens thronged public areas for months to protest against the mainland government’s moves to exert greater control.

After Britain handed over its colony to China in 1997, the territory has enjoyed autonomy under the so-called “one country, two systems” principle backed by Beijing.

The proposed national security law is expected to pass in the National People’s Congress, China’s rubber-stamp parliament, before the end of its annual session tomorrow. Some businesses and lawyers have said the new law lacks details, while China has sought to reassure Hong Kong’s judiciary of its continued independence.

A net worth of about US$25 billion makes Li Hong Kong’s richest person, and the seventh wealthiest in Asia, according to the Bloomberg Billionaires Index. His fortune has slumped by about US$5.6 billion this year, the second most among Asia’s top 10 tycoons.

Leaders of three of the city’s largest property developers also signalled support for the proposed law in comments to pro-Beijing newspapers Wen Wei Po and Ta Kung Pao this week.