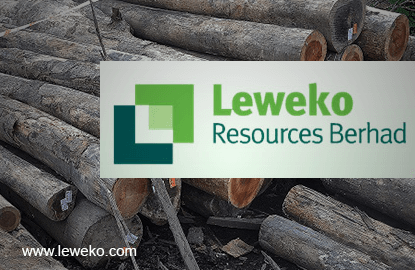 According to Bloomberg data, the deal was done in a single tranche at 5 sen per share, which is about 56.5% cheaper than Leweko's market price of 11.5 sen.

While 20 million shares were traded off market, only about 117,600 shares changed hands in the market today, compared to the stock's 200-day average volume of 279,803 shares.

The largest shareholder in Leweko is its managing director, Datuk Leong Wei Kong, who holds about 30.86% stake in the company.

The company has been loss making since its financial year 2014.