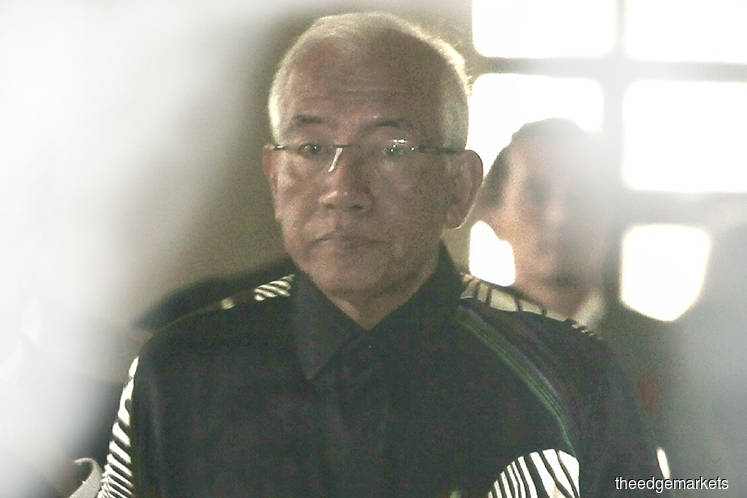 KUALA LUMPUR: Datin Seri Rosmah Mansor’s defence team produced a letter sent by Vignesh Kumar & Associates on behalf of Datuk Seri Mahdzir Khalid to the attorney-general (AG), stating that their client was willing to testify against the “prime mover” of the RM1.25 billion solar hybrid project.

Mahdzir, who is the fifth prosecution witness in the trial yesterday, disagreed with a suggestion from Rosmah’s counsels Datuk Jagjit Singh and Datuk Akberdin Abdul Kader that the appointed law firm had “brokered” a deal for him.

He refused to answer who the “prime mover” was.

Meanwhile, Deputy Public Prosecutor (DPP) Ahmad Akram Gharib said the prosecution did not object to the defence bringing up the letter, despite the fact that it was unsigned and stated it was “without prejudice”.

In law, a letter that states it is “without prejudice” means that it is either a genuine attempt to settle a dispute or will generally be inadmissible in court as evidence against the person making the statement.

During the trial, Rosmah’s defence has suggested that Mahdzir was willing to testify against her in exchange for him not being charged in court for receiving or soliciting a bribe from Jepak Holdings Sdn Bhd, which the Padang Terap member of Parliament had vehemently denied.

When asked by the defence, he agreed that he had instructed the firm to write the letter but denied knowing about its contents.

Jagjit: Who is “prime mover”?

Jagjit: You cannot answer or do not want to answer?

Jagjit: Did you give instructions to the lawyer?

Mahdzir: Yes, I did.

Jagjit: I put it to you that the prime mover is Datuk Rizal Mansor and Saidi (Abang Samsudin) of Jepak?

The former education minister was testifying in Rosmah’s corruption trial, where she sought gratification in exchange for awarding a solar hybrid project involving 369 schools in Sarawak to Jepak.

Mahdzir denied having bad intentions when he agreed to provide evidence to the Malaysian Anti-Corruption Commission to strengthen its case against the “prime mover”.

The former minister also dismissed the defence’s suggestion that the evidence referred to in the letter was against Rosmah.

When asked by Rosmah’s third lawyer Azrul Zulkifli Stork, Mahdzir said he did not know that the project was first mooted by the Sarawak government and Unimas (Universiti Malaysia Sarawak).

He added that the project did not only involve his ministry and the finance ministry but also the science, technology and environment ministry.

When replying to questions from DPP Ahmad Akram, Mahdzir said he did not dictate the contents of the lawyer’s letter to the law firm.

Ahmad Akram: Are the words in the letter yours?

The prosecution will continue to question Mahdzir on Monday, with his re-examination to be done by senior DPP Datuk Seri Gopal Sri Ram.