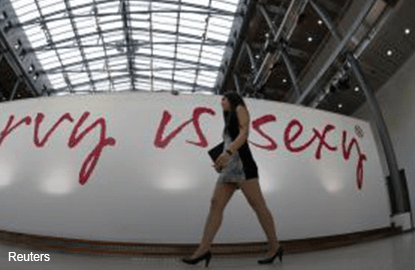 PUTRAJAYA, Malaysia (Sept 3): The US immigration officer told a young Colombian woman that he wanted sex, once or twice, and in return would give her a green card, the coveted document that would allow her to live and work in the United States permanently.

What he did not know was that the conversation was recorded on a digital camera in her pocket and used as evidence in a case of "sextortion", a form of corruption that involves officials abusing their power to obtain a sexual favour.

Interpol, the international police organisation, says reports indicate sextortion is a growing problem globally but it often goes under the radar, prompting a growing campaign to raise awareness about the crime and push for more prosecutions.

"Sextortion is very widespread, but it is one of the hardest-to-prove forms of corruption," Nancy Hendry, senior advisor at the International Association of Women Judges (IAWJ), which coined the term and is pushing for change, told a corruption conference this week.

But when sex is involved, prosecution is harder because evidence is elusive, the law is unclear and victims often shy away from coming forward for fear of being shamed.

As a result, corruption prosecutions for sextortion remain relatively few because there are rarely witnesses and evidence, short of video or audio recordings, are difficult to get.

But through greater awareness, the judges hope sextortion gets the same attention and penalties as sexual harassment and domestic violence, crimes also once ignored or unquestioned.

"People tend to dismiss this, partly because it is seen as part of life," Hendry told delegates at the International Anti-Corruption Conference (IACC) in Malaysia during a panel debate.

"But it shouldn't be, just like sexual harassment or domestic violence are unacceptable."

The demand for a sexual favour can be explicit or implicit, and usually employs fear rather than physical forms of coercion.

It does not have to involve sexual intercourse or even physical touching, but can be any form of unwanted sexual activity, including exposing body parts or posing for sexual photographs or videos, the IAWJ says.

Many sextortion cases happen in the workplace or in educational institutions, where "sex for grades" cases may be prosecuted under sexual harassment laws.

Han Chee Rull, deputy commissioner at the office of legal research of the Malaysian Anti-Corruption Commission, said sextortion is hard to prove as it is carried out in secrecy.

"Proof is also often hard to obtain due to a lack of evidence of physical violence because perpetrators and victims exchange sexual favours as a quid pro quo," he said, adding Malaysia has prosecuted only two cases.

The number of people affected by sextortion is not available, partly because there is no standard procedure to record and document it as an offence.

A 2014 study by the IAWJ and the Thomson Reuters Foundation on laws in Argentina, Australia, Brazil, Canada, Kenya, Mexico, Taiwan, Uganda and Britain found none of the nine countries had adopted laws that use the term sextortion.

Justice Engera Kileo, chairwoman of the Tanzania Women Judges Association, said Tanzania in 2007 recognised the solicitation of sexual favours through abuse of authority as a form of corruption, but the law was too weak to handle this.

This year, however, the east African country issued guidelines establishing a mechanism for people to report sexual abuse to various public offices anonymously through letters, emails or in person and highlighted disciplinary measures that could be taken against public officials abusing their power.

"Building awareness and training officials is a key part of our work to stop sextortion from happening in the first place," Kileo said. – Thomson Reuters Foundation