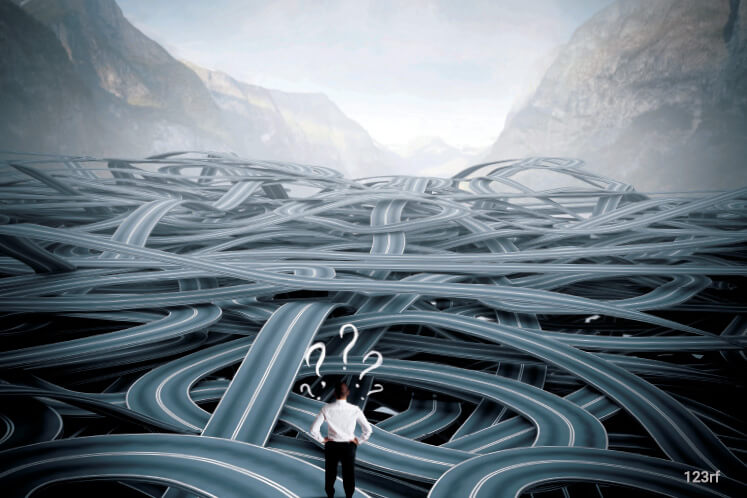 GIVEN the 2007/08 global financial crisis, it may sound odd to describe the last 10 years as good times for ­investors. But the reality is that during a financial crisis, the stock market plummets,  uncovering ­attractive stocks and buying opportunities for investors.

However, considering that the forces that have been driving remarkable investment returns over the last decade are weakening, investors may now need to lower their sights on gains in the coming decade.

According to seasoned investor Dr Neoh Soon Kean, the world has come to a period of slower growth than in the last one to two decades, making stock-picking harder than ever.

“Investing was easy in the last 10 years, but I think, in the next 10 years, or even further, investment is probably going to be tough in Malaysia,” the low-profile savvy investor tells The Edge in a rare interview.

“Investors had better be very careful in what and how they invest. It won’t be that easy to get high returns like what we have been able to in the past, as our country was growing fast and our companies were doing well,” he says.

Neoh, 70, is the founder and executive chairman of Dynaquest Sdn Bhd, a Penang-based investment consulting and publication firm.

He is considered by some to be one of the most successful investors in Malaysia. He wrote an investment column for The Malay Mail for more than 20 years (between 1983 and 2004) and attracted a large ­following. Neoh has an MBA from Harvard University and a PhD in finance from Edinburgh University.

Acknowledging that he has personally benefited a lot from previous financial crises, Neoh says it would have been a great time for equity investments in the last decade, if investors had known what to do.

“When the global economy recovered from the 2007/08 crisis, you would have been able to pick up good shares really cheaply. Most people don’t realise that, for investors, volatility is a friend, crisis is an opportunity. The more crises there are, the more wise men can benefit from them,” he says.

Neoh recalls that over the last 20 to 30 years, the world had gone through a very volatile time. “The October crash in 1987, the 1997/98 Asian financial crisis, the 2000 dotcom disaster, the 2007/08 global financial crisis — you name it, we have had it!” But, he says, investors should lower their expectations of returns as stock markets are expected to see less volatility.

More importantly, he says a major financial crisis is not likely to happen in the next decade, at least not like the 1997/98 and 2007/08 crises that threw the world into a panic.

“In the next 10 years, I think the world will not have so many crises, partly because we have learned our lesson. Will the Asian banks repeat their mistakes of 1997/98? Extremely unlikely.”

However, Neoh points out that while the world has changed a lot over the past decades, human greed has not. That is why the money game and get-rich-quick schemes are growing in Malaysia, where people chase super-high returns that are “theoretically impossible”.

“When people go into [money game-type] investments, they have huge expectations of returns. These people believe they could get 20% return a month, which would translate into a compound return of 300% a year. That doesn’t make sense,” Neoh says.

He stresses that normal investments can never give investors such a high return, considering that the return for fixed deposits is only 4% and corporate bonds 6% per annum.

Neoh points out that the basic principles of investing and mathematics are not that hard to understand. The most difficult part is the emotional aspect, he says.

“If I had asked you to invest three years ago, which would have been a great time to accumulate shares, you would have been most reluctant to do it, because everybody was saying  how terrible the market was. But now, when the market is hot, everybody probably wants to jump in.”

Neoh says the most important principle in investment is to be well diversified because a single good choice can compensate for several poor choices. “The mathematical principle that most ­investors don’t understand is this: What is the biggest loss you can suffer in one share? 100%, right? But what is the biggest gain you can make from one share? It can be infinite.”

“With a diversified portfolio, if 70% of the shares could make good money, I would be very happy. The remaining 30%, I could possibly lose.”

Diversify — Do not concentrate your portfolio on a small number of stocks unless you are as good as Warren Buffett in stock picking.

Do not be frightened by a market decline — Remember that the four most important words in investment are said to be: “This too will pass.” The stock market is always cyclical. Neither good time nor bad will last forever. Provided you stick to Rules No 2, 3, and 4, you will eventually emerge from a bear market victorious.

Do not be afraid to take profit — If one or more of your stocks have made a substantial gain, sell it and switch to another stock or hold cash if the market is already very strong.

Do not expect to be right every time — Nobody is perfect. Even Warren Buffett bought very big into the insurance industry just before 9/11.