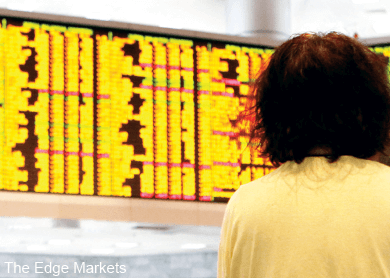 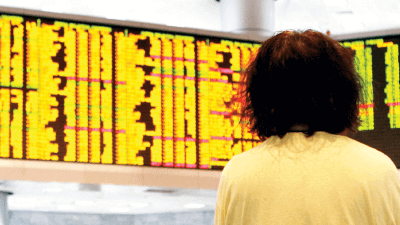 IT hasn’t been an easy year so far for the FBM KLCI — it is one of the worst-performing bourses in the region — but fund managers still see opportunities in the market.

While the majority of indexes around the region have also fallen, they have not decreased as much as the FBM KLCI, which has shed 6.83% year to date. In Asean, the local bourse is second only to the Jakarta Composite Index’s 8.61% drop.

Fund managers say the local stock market’s performance has been dragged down by negative sentiment, which started when global crude oil prices started to decline from a peak of US$115 per barrel in June last year. In January, they nosedived to a low of US$46.59 per barrel, but have since recovered to US$64.14.

When crude oil prices started falling sharply, it sparked concerns about Malaysia’s fiscal position, given that the country is a net exporter of oil and gas. The perception that the government’s revenue is dependent on oil and gas — which contributed 30% to its revenue in 2013 — is one of the reasons for the foreign selling on the local bourse.

“Low oil prices imply that there is either less revenue for the government to spend, hence slower gross domestic product growth, or a larger budget deficit if the government decides not to lower spending,” says Manulife Asset Management Services Bhd chief investment officer Jason Chong in explaining the weak performance of the local stock market compared with its regional peers.

Besides these economic concerns, fund managers say the stream of news regarding 1Malaysia Development Bhd and how it could impact sovereign ratings have added to the foreign selling pressure.

Given the current uncertain circumstances, coupled with negative sentiment in the market, should investors even consider adding to their portfolio now?

Areca Capital Sdn Bhd CEO Danny Wong says he is overweight on export-oriented companies, such as furniture manufacturers, glove makers and those in the semiconductor industry. This, he says, is in view of the ongoing economic recovery in the US that has boosted demand for these exports.

The ringgit’s decline — it has fallen more than 5% against the greenback since January — has also worked to the advantage of export-oriented companies.

Similarly, Chong opines that there is value to be found in small to mid-cap stocks, such as exporters that benefit from the weak ringgit or manufacturers that are flexible enough to substitute imports for locally produced goods.

Meanwhile, Alliance Research says in a June 2 report that it continues to like the construction sector given the ongoing government infrastructure spending, supported by the recently announced 11th Malaysia Plan. The research house is also overweight on utilities because of their stable earnings amid the reforms that the sector is going through. Furthermore, it has technology on its “like” list.

As for Kenanga Research, it believes now is a good time to invest in stocks from resilient sectors such as telecommunication, real estate investment trust, healthcare and consumer food and beverage.

Interestingly, Areca’s Wong says it could be timely to pick up selected oil and gas stocks, given that oil prices have rebounded slightly from their previous lows.

“Oil and gas counters had declined because of the low global crude oil prices. This is exactly why it could be time to look at these stocks. Whatever that goes down should also see a recovery,” he adds.

Wong, like most fund managers, says he remains underweight on consumer stocks for now in the light of the recently implemented Goods and Services Tax.

“Maybe it will recover next year. Consumption is weak now — it is a similar trend that was seen in other countries that first implemented the GST.”

Nevertheless, fund managers says they do not see any fresh catalyst for the local market in the near term and this would imply that the index could continue to hover at current levels.

Chong says he does not expect the market to gain much ground over the next quarter. Instead, he believes investors may start coming back only in the fourth quarter of the year as they look forward to 2016 because of its promise of stronger global economic growth.

“For now, people can’t quantify the impact of GST. We have to wait until after the second quarter reporting period to have more clarity on it. It is the unknown that causes investors to shy away from the market,” he adds.

According to Chong, there could be more disappointments in the second quarter earnings season as there have been some early signs that point to lower consumer spending, since GST was implemented on April 1.

“Auto sales, for example, were down 23% year on year in April,” he points out.

Chong says the disappointing first quarter corporate earnings, which were announced recently, have not helped the current situation as well. The poor results, he adds, came in even before the implementation of GST.

Kenanga Research says in a June 2 report that the benchmark index may not have reached its bottom yet despite the recent decline as the index tends to test the price-earnings ratio of 15.5 times before forming a bottom. Currently, the benchmark index is trading at 16.8 times its forward earnings, which is still above the three-year average forward price-earnings ratio of 16.3 times.