Lead Story: Beaten-down stocks that have recovered from their lows worth a look 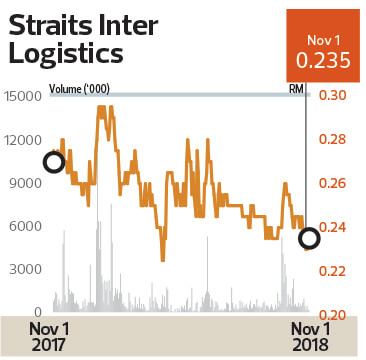 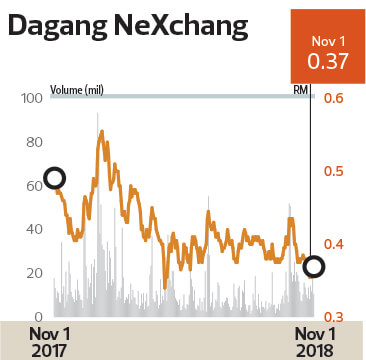 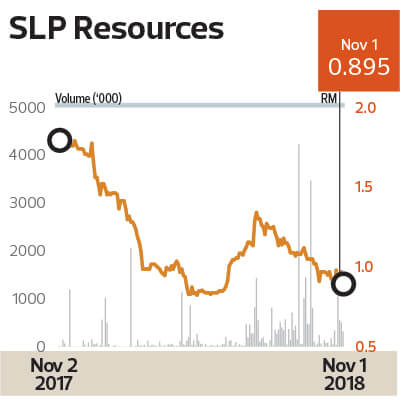 A number of events have triggered discordant noises in the markets and troubled fund managers and investors, leading to the collapse last month of many equity markets. These include a historic change in Malaysia’s government after 61 years, escalating tensions between the world’s top two economies, sanctions against Iran, the pace of the US Federal Reserve’s rate hikes, rising geopolitical stresses in the Middle East, floundering Brexit talks and Italy’s prickly budget plan.

Although local equities have seen a slight recovery over the past few days, there are lingering concerns. Year to date, the FBM KLCI has declined 5.2% while the FBM Small Cap Index has dropped by a significant one-fourth.

Indeed, small cap stocks have come under heavy pressure in recent years. The Small Cap Index’s 19.4% decline since Oct 31, 2013, works out to an annual loss of 4.2% over the last five years.

But for investors keen to accumulate a diverse and resilient portfolio for the longer term, there are opportunities in faltering stock values amid the downward trend, says Vincent Lau, vice-president of research at Rakuten Trade Sdn Bhd.

This is especially true in the small cap space, he tells The Edge, pointing to the 25% decline so far this year.

“I think investors and traders can look at the beaten-down stocks that have recovered from their lows. It is good strategy to buy on [relative] weakness.”

One of the largest oil bunkering players in the country, it has successfully diversified into oil trading and bunkering services from manufacturing and trading of water and air filter products.

Areca Capital Sdn Bhd CEO Danny Wong agrees that investors should focus on the fundamentals and growth of small and mid-cap players rather than the uncertainties clouding the market.

“I think there is definitely value in the small and mid-cap space amid the noises that have caused a sharp decline in the market. Investors should focus on earnings growth. If the direction is right and there is momentum, then it will be good in the long term. Our focus is on companies that manage to show consistent growth, especially in the top line, as this indicates that management is capable of growing the business,” he says.

While the balance sheet is important, Wong maintains it is not the key factor to look out for because small-cap companies might find it hard to juggle growth and a healthy balance sheet at the same time.

In the current market, tech is a potential sector that could thrive but he advises investors to look at the company’s specifics.

“While it is not possible to guarantee growth momentum, it is a healthy sign to look for. For small-cap space, investors need to identify growth stocks. You may not get it right all the time but if you invest in 10 companies and get seven right, it’ll be very good,” he asserts.

“We are maintaining our ‘buy’ call with an unchanged target price (TP) of RM1.50 based on 2019 expected price-earnings (PER of 15 times. We like the company for its attractive earnings growth of 22% CAGR over 2017 to 2020, strong execution track record and robust balance sheet,” he says.

The plastic packaging solutions specialist’s share price has been on a downward trend over the past year, shrinking 51.6% to 89.5 sen last Thursday. At current levels, the group is trading at a trailing PER of 12 times, with a dividend yield of 5%.

A fund manager with a local asset management firm favours Dagang NeXchange Bhd, the share price of which is a fourth lower compared with a year ago.

“I think if you look at companies like DNeX, the fundamentals are strong but its PER is only in the low teens. Most of the selldown was due to the uncertainties in the global market as a whole but if you’re investing for the long term, the company is in a good position to grow. It has a diverse business in IT support as well as in the oil and gas space, which is seeing recovery with oil prices at current levels. Its balance sheet is also strong,” he says.

“Of course, there is the concern over the proposed fine of RM17.4 million by the Malaysia Competition Commission for alleged monopoly abuse. Apart from that, the company seems like a good buy,” he adds.

Even so, not everyone is convinced of the small-cap space. A market observer who wants to remain anonymous tells The Edge that it could be premature to get onboard given the market volatility.

In the days to come, events that could affect the market include Budget 2019. Investors are looking to the Pakatan Harapan administration’s maiden budget for greater policy clarity.

Foreign investors will also be keeping their eyes on the meeting between US President Donald Trump and Chinese President Xi Jinping at the Group of 20 summit in Buenos Aires later this month as it is likely to determine the direction of the trade war between the two countries.

There will also be a lot of attention on the US’ midterm elections on Tuesday. Market watchers will be looking for hints as to Trump’s political future and foreign policies initiated by him, including the nuclear talks with North Korea, sanctions against Iran, the US-Mexico border wall, and trade tariff threats.

A win for the Democrats would most likely dampen Trump’s attack on international agreements, immigration crackdowns and some of his tariff actions.

While it is too early to say the small and mid-cap space is set for a recovery, long-term investors could consider accumulating growth stocks. The ones that stand out are those that have transformed from small and mid-caps to become among the biggest players in their own sectors.

Press Metal’s value has also soared, with its current market capitalisation of RM18.7 billion compared with RM1.25 billion five years ago. Its share price has surged by more than 10 times to RM4.74 from 38.4 sen before.