Lead Story: 4Q earnings weaker year on year, but an improvement over 3Q 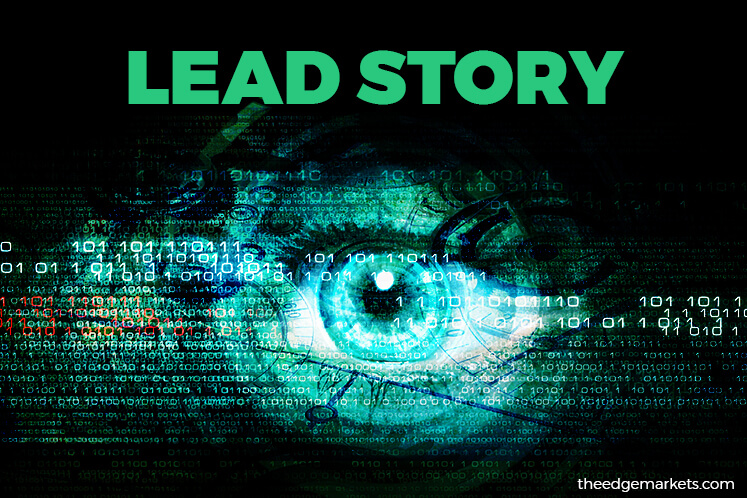 CORPORATE earnings for the last quarter of last year (4Q2018) were hit by external and domestic uncertainties as 476 companies listed on Bursa Malaysia saw a decline in their financial performance compared with a year ago. Only 391 companies saw an improvement in their earnings per share (EPS).

A look at the earnings results last week by The Edge found that 257 companies had recorded a decline in EPS, 145 slipped into the red and 74 saw their losses widen compared with the previous year. Only 224 companies recorded EPS growth with 113 turning profitable and 54 narrowing their losses.

According to Rakuten Trade Sdn Bhd vice-president of research Vincent Lau, 4Q earnings were largely in line with expectations, as seen by some of the earnings downgrades towards the end of last year.

“If you look at the market, most analysts cut their earnings projections last year. This was reflected by the decline in the stock market. As we have seen, the lacklustre third-quarter earnings have continued into the fourth quarter, albeit with a bit of improvement,” Lau says.

Indeed, 4Q earnings were slightly better than 3Q’s, with 249 companies recording EPS growth versus 228 that contracted.

Bloomberg data shows that the construction sector was among those affected as 27 players saw a decline in earnings versus 11 that recorded growth.

Apart from construction, property, food packaging and plantations were among the top losers. The logistics sector also saw an increase in underperformers as competition in the space intensified.

The banking sector had a relatively good 2018, but results were mixed in the last quarter, a notable decline was seen in Public Bank Bhd’s EPS on a year-on-year basis.

The automotive and oil and gas sectors look fairly interesting as there are selective opportunities for investors, given that some companies turned around in 4Q.

“Looking at the winners, we reckon it is better to look at company specifics. For example, those related to commodity prices. While the price of oil was high for the first half of 4Q (until around mid-November), most oil and gas counters saw weak earnings. Petronas Chemicals Group Bhd did well, aided by a higher plant utilisation rate and selling prices, while Dayang Enterprise Holdings Bhd’s increased work orders for its maintenance services resulted in strong top and bottom-line growth,” Redza says.

Even though the environment in the O&G space remains challenging, 11 companies managed to turn profitable during the quarter, including Dayang Enterprise and Velesto Energy Bhd.

Redza observes that although the higher oil price did not create a clear winner in the O&G industry, it did impact the aviation sector. AirAsia Group Bhd and AirAsia X Bhd flew into the red during 4Q, while Malaysia Airports Holdings Bhd’s (MAHB) earnings (excluding one-off gains) were also below expectations.

He adds that other winners include IHH Healthcare Bhd and UEM Edgenta Bhd.

“There was good earnings recovery for some of the telcos but Telekom Malaysia Bhd and Axiata Group Bhd saw a drastic deterioration in earnings,” Redza says.

Moving forward, he believes there will be some upside, especially on the commodity front, as higher CPO prices and recovering palm oil exports will boost plantation companies.

“Construction players will also see better outcomes as uncertainties over project awards become a thing of the past, and we have seen a slew of contracts won by companies such as Sunway Construction Group Bhd, Muhibbah Engineering (M) Bhd, KKB Engineering Bhd and Hock Seng Lee Bhd, which have been announced in recent months.

“It looks like our bullish view on infrastructure development in Sarawak has come to fruition,” Redza says, adding that upward revisions to earnings expectations are on the cards. However, they are unlikely to be across the board amid uncertainties over geopolitical issues.

Lau agrees with Redza. He says that even some companies that were perceived to be linked to the previous government managed to record strong earnings.

MyEG Services Bhd was one such, posting strong quarterly earnings of RM58.1 million, or 1.7 sen per share, translating into a net margin of about 50%.

Most companies warn that the outlook for 2019 remains cautious amid uncertainties over geopolitical tensions in the form of the US-China trade war, Brexit and regional elections.

“The key risks remain those on the external front, such as the US-China trade negotiations,” Lau opines.

But another fund manager with a local asset management firm believes that local political developments will play an even more critical role as corporates are looking at Pakatan Harapan’s policies and direction before making any investment decisions.

“Most of the guidance for 2019 has been for cautious optimism. It is because many are waiting to see if there is any impact from some of the changes made by the new government.

“We are also seeing that the government is talking about potentially continuing with some of the infrastructure projects that are under heavy scrutiny, such as the ECRL (East Coast Rail Link) project,” he says.

The FBM KLCI component stocks saw 2018 EPS fall by about a tenth compared with a year ago, with Axiata and Genting Malaysia Bhd being the top losers. Both companies slipped into a net loss. The gaming counter slid into its first annual loss since 2000, of 3.5 sen per share, while the telco saw its first full-year loss of 55.6 sen per share since listing in 2008.

MAHB, on the other hand, was the top performer last year with a tripling of its EPS, mainly due to an unrealised gain on the fair value of its investment in GMR Hyderabad International Airport Ltd.

The airport operator was followed by IOI Corp Bhd and Top Glove Bhd.

An analyst at a local investment bank believes investors had priced in weaker 4Q earnings. Their instinct proved spot-on as the equity benchmark index shrank 5.9% last year. Year to date, it has gained 1% to close at 1,707.73 points last Thursday.

While it is still early days, investors could be gearing up to put last year’s underperformance behind them in the belief that a gradual recovery could be in place. There are some signs pointing in that direction. The Bursa Malaysia Construction Index plunged 50% last year, but is one of the top performers year to date, with a gain of 15.7%.