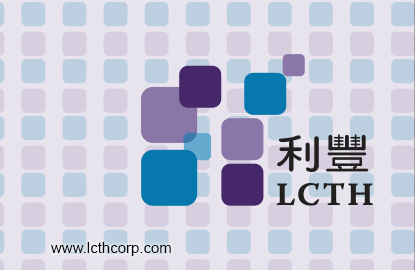 KUALA LUMPUR (July 14): LCTH Corp Bhd shares are actively traded with over 19 million shares changing hands so far today. The surge in interest pushes the share price to 59 sen — the highest since January 2005.

According to The Edge Research, LCTH (fundamental: 2.7; valuation: 1.1) was currently trading at 11.77 times of its price to earnings ratio (P/E).

LCTH is a 70.6%-owned subsidiary of the Singapore listed Fu Yu Corp Ltd, which is one of the largest suppliers of high-precision injection moulds and plastic injection moulded parts in the Asia region.

Commenting on the stock, a remisier said that investors are opting for defensive stocks, especially export oriented, in view of the weak ringgit.

"Over the past few weeks, counters that are export-oriented, such as Mieco Chipboard Bhd and SYF Resources Bhd, were on the rise," he said.

"Further, it is expected that the US dollar will continue to appreciate against the ringgit Malaysia in the near term," he said, this has boosted investors to accumulate shares in such counters ahead of the earnings announcement.

As at point of writing, US dollar was appreciated 0.15% against ringgit to quote at 3.8088 per US dollar.

The manufacturer has a strong balance sheet with a net cash of RM85 million as at end of March 31, 2015. Its total borrowing only stood at RM38,000.

Commenting on its earnings, LCTH said its efforts in streamlining and rightsizing the operations and the results of focusing on higher margins projects has boost its net income.

Also the company booked in some RM1.6 million in foreign exchange gains during the quarter.

Going forward, the group said the volatility of US dollar against ringgit, if continued, is expected to affect its result going forward.

"Barring unforeseen circumstances, we are optimistic in achieving satisfactory results for financial year 2015 ending Dec 31 this year," it added.