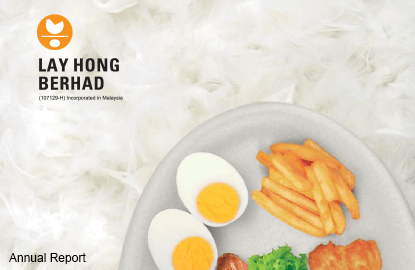 Yap was first appointed to the board of directors of Lay Hong on Sept 27, 1983.

Yap was previously the president of the Selangor Livestock Association’s egg division and is currently the chairman — layer unit — of the Federation of Livestock Farmers' Association of Malaysia (FLFAM).

Shares in Lay Hong closed two sen or 0.57% lower at RM3.48 yesterday, for a market capitalisation of RM180 million.