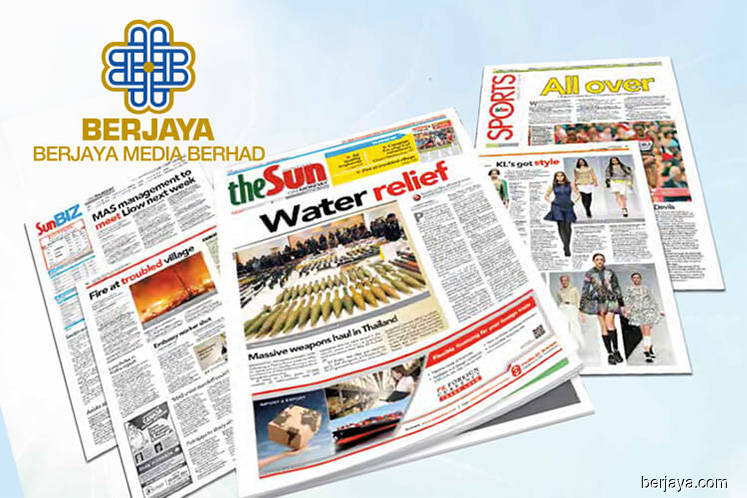 The group’s provision of compensation for legal suits, which ended in favour of Asia Pacific Higher Learning Sdn Bhd (APHLSB) and Wan Mazlan Mohamed Woojdy, had dragged its net loss per share down to 3.39 sen per share, from 1.04 sen per share previously, according to BMedia’s stock exchange filing today.

This was despite an increase in revenue to RM6.94 million, up 6.28% from RM6.53 million a year ago, due to higher advertising income reported by Sun Media Corporation Sdn Bhd, the group said.

BMedia said it expects the business environment to remain challenging, and that it would continue to focus on containing its cost and improving its advertising revenue.

“In view of the group’s current financial condition, more marketing efforts are being initiated to improve the group’s financial position and to preserve the shareholders’ equity funds.

“The board has been exploring other options (including diversifying into new businesses outside the media sector) to strengthen the financial position of the group, with the primary objective of regularising its Practice Note 17 condition,” the group said.

BMedia has until June 20 to submit its regularisation plan to Bursa Securities.

Shares of the print media group closed unchanged at 17.5 sen today, leaving the group with a market capitalisation of RM41 million.