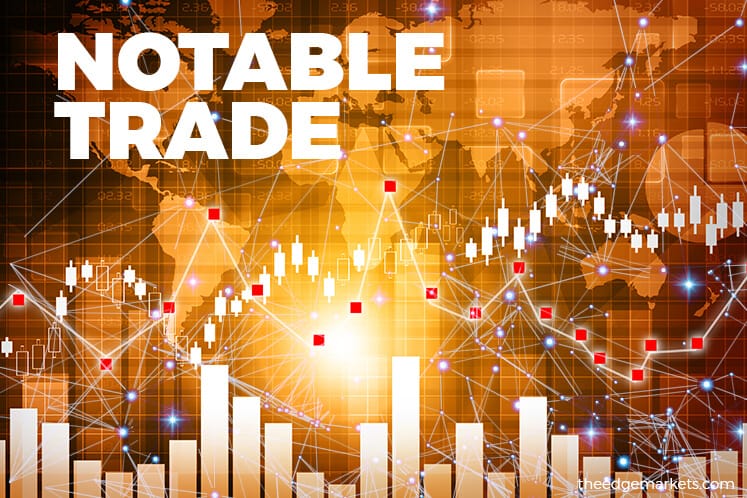 According to Bloomberg data, the shares were traded in a single block at RM4.75 apiece, which was at an 8.83% discount to the counter's last traded price of RM5.21 on Bursa Malaysia.

The parties who undertook the transaction were not immediately known.

As at the end of its third quarter ended March 2017, Latitude Tree had cash balances of RM211.12 million, against short-term bank borrowings of RM81.06 million.

Net profit for the first three quarters rose 2.68% to RM64.61 million, thanks to the higher US dollar against the ringgit. Revenue however declined 1.18% to RM602.31 million due to a drop in orders.

Shares of the furniture player reached its all-time high of RM8.05 on Jan 15, 2016. The counter declined thereafter and has been trading at the RM5-range since January 2017.