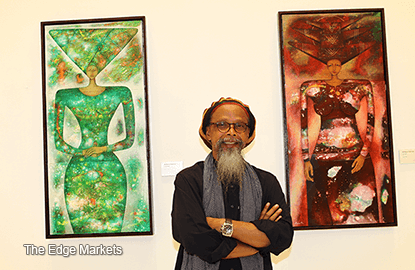 Ali “Mabuha” Rahamad has been living a traveller’s Utopian dream for over four decades, gaining inspiration for his paintings wherever he visited. From Singapore, India, Nepal, Pakistan and Afghanistan to Turkey, Greece, Switzerland, Holland, Germany, Egypt and more, Ali has painted art that captures the complexities of the modern world and the intricacies of the hundreds of cultures that span the globe. Now, this celebrated artist has finally come home to Malaysia for good. 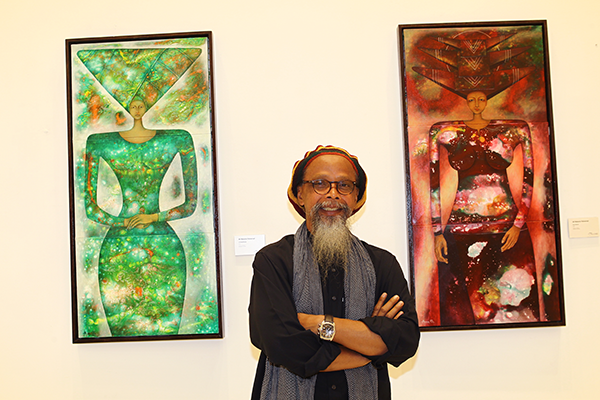 At the recent unveiling of his “Minangkabau & Angkor Wat Series”, Ali drew inspiration from countries and cultures closer to home — the rich cultural heritage of the Minangkabau people and the wonders of Angkor Wat in Cambodia. The self-taught artist, known for his surrealistic style and masterful use of colours has created art that invokes feelings of serenity and peace, calmness in the midst of worldly turmoil.

This latest exhibition was officially opened on July 29 at The Edge Galerie in Mont’Kiara. Present at the ceremony were Ali himself, The Edge Malaysia managing director Au Foong Yee, as well as fellow artists such as Datuk Sharifah Fatimah Zubir.

In the 1970s, Ali was a member of the influential Anak Alam group of creative personalities that was influenced by the freedom of working with abstract forms as in American Abstract Expressionism. At the same time, he was also involved with Angkatan Pelukis Semenanjung (APS), a group of artists who favoured figurative works of the traditional, academic style as championed by Hoessein Enas at the time.

Throughout the years, Ali has explored not only the beautiful facets of life, but also specifically visited countries in conflict to experience war first hand. He visited Iraq, Kosovo, Rwanda, Congo, Niger and Abu Ghraib, drawing inspiration from the despair that he felt from the suffering and hardships that the people faced. Nowadays though, he prefers to dwell on more positive thoughts — of love, harmony and peace.

In this latest collection, Ali was inspired by the distinctive headdresses worn by the Minangkabau women folk during his travels to Indonesia, as seen in his Minangkabau series. Comprising 26 works, they feature his stylistic figures adorned with the traditional Minangkabau headdresses set against a vibrant backdrop of floral motifs.

Besides being astounded by the beauty of the Angkor Wat’s ancient architecture, Ali was also mesmerised by the “apsaras” — celestial beings from Hindu and Buddhist mythology. The feminine forms often depicted in dance-like motion, and feature extensively in his six-piece series.

This latest exhibition features 33 artworks with prices ranging from RM6,000 to RM38,000. The acrylic paintings vary in size from 36cm by 51cm for the smallest works to the largest at 137cm by 102cm. 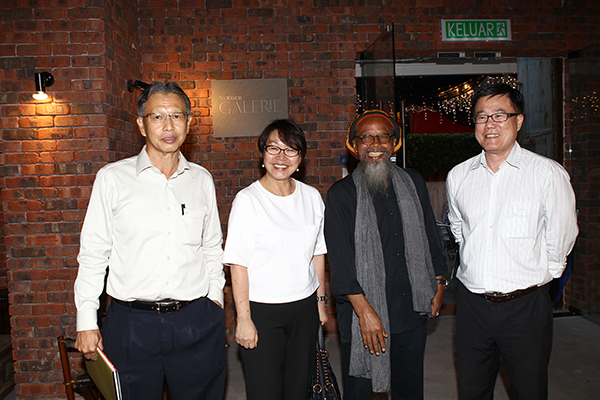 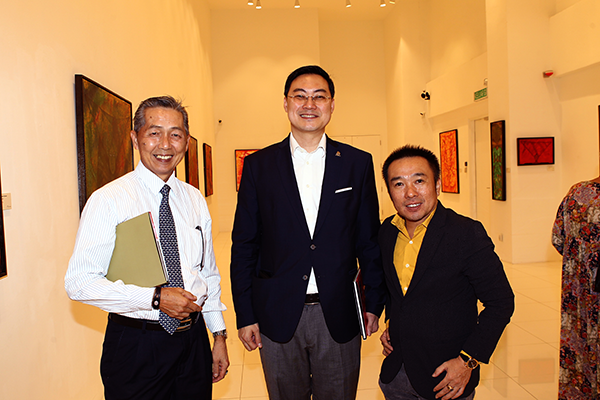 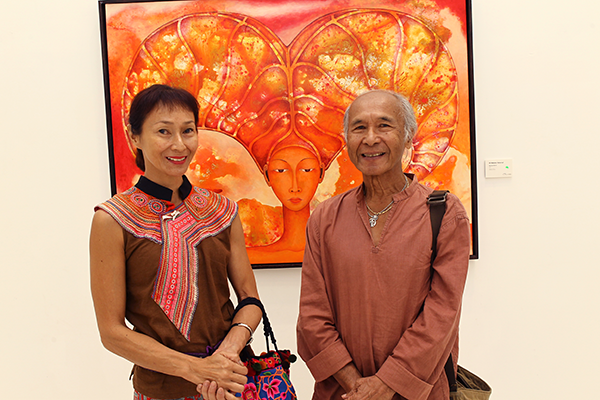 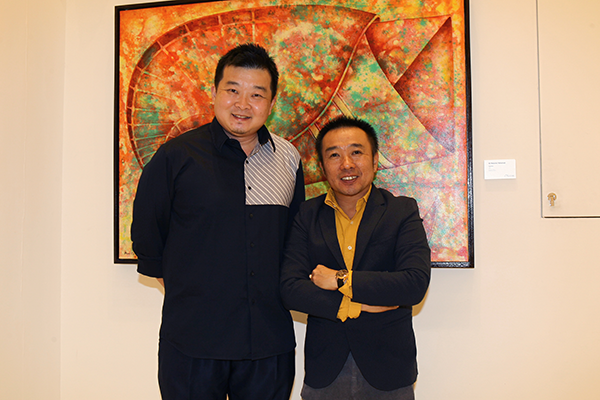