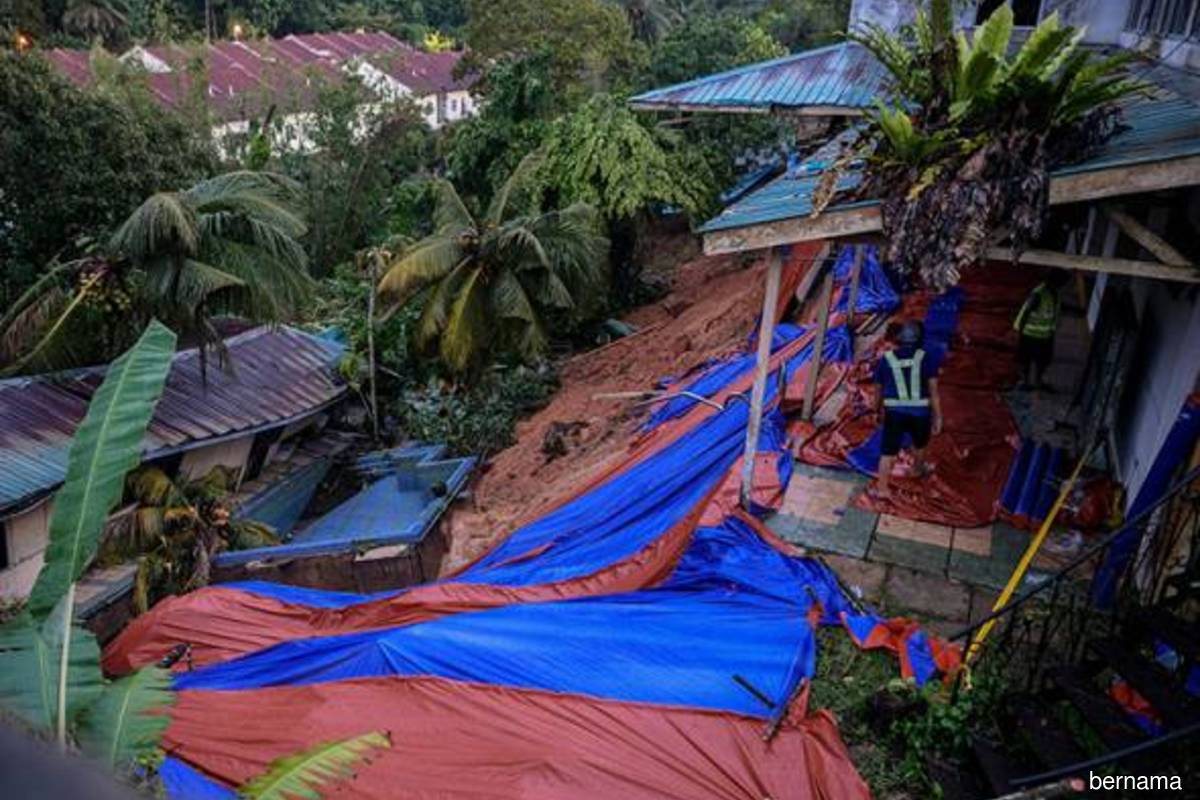 A view of the landslide area at Kemensah Heights in Ampang, Selangor, which happened on Friday Sept 17, 2021 night. (Photo by Bernama)

KUALA LUMPUR (Sept 19): The involvement of the Ministry of Energy and Natural Resources (KeTSA) through the Department of Mineral and Geoscience (JMG) in the investigation and management of landslides can help state governments and agencies involved to implement follow-up actions and site safety for areas affected by the disaster.

KeTSA in a statement today said through the effort, loss of lives could be avoided and property damage could be minimised as the disaster was identified as a threat that could bring huge losses to the country.

According to the ministry, the efforts and involvement taken by the ministry, among others, were through the initiatives implemented by JMG based on Standard Operating Procedures in Landslide Disaster Zone Areas (JMG.SOP.01).

Taking the example of the landslide incident that occurred in Forest Hill, Kota Kinabalu, Sabah; Cameron Highlands, Pahang and most recently in Kemensah Heights, Ampang which were triggered by rain, JMG, with its expertise in geology, inspected the disaster sites within 24 hours upon receiving the information.

Meanwhile, for the purpose of disaster preparedness and management, JMG also implements the zoning of disaster areas according to the level of risk which is divided into two, namely the Danger Zone and the Control Zone.

"The Danger Zone is within the perimeter of the landslide while the Control Zone is the area surrounding the Danger Zone which has the same geological and geomorphological features of the slope as the Danger Zone and signs of ground movement," according to the statement.