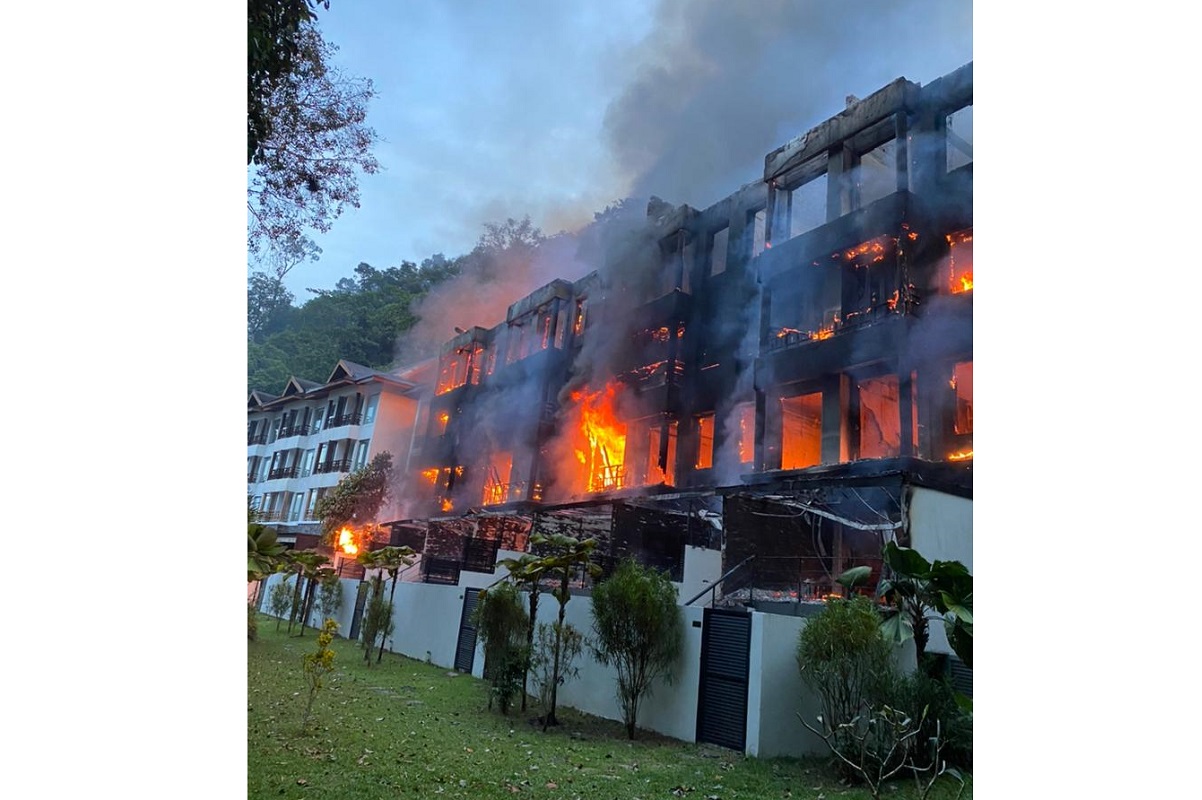 Landmarks has confirmed that a major fire incident took place at The Andaman, its hotel resort in Langkawi.

KUALA LUMPUR (Jan 13): Landmarks Bhd has confirmed that a major fire incident took place at The Andaman, its hotel resort in Langkawi.

All guests and staff have been evacuated safely, the group said in a filing today. The property is owned by its subsidiary Andaman Resort Sdn Bhd.

“The Andaman’s operation for safety reasons and ascertainment for reinstatement of the fire damage will be ceased for the time being.

“The financial impact of the fire has yet to be fully ascertained. Any property and financial losses arising from this incident are covered by insurance policies taken up by the company,” Landmarks said.

The group said its board has immediately formed a committee to evaluate a rebuilding and repositioning plan for The Andaman.

The committee, it said, will include renowned designer Jean-Michel Gathy, who will advise the group on the repositioning of the hotel resort and its rebuilding plan.

Earlier reports said a building block at the luxury five-star hotel was destroyed after catching fire twice within 10 hours.

A spokesman of the Kedah Fire and Rescue Department was reported saying that the fire first broke out at 4.04pm yesterday before it happened again after midnight at the same place.