Lagarde: Gains from trade diversion only for short term 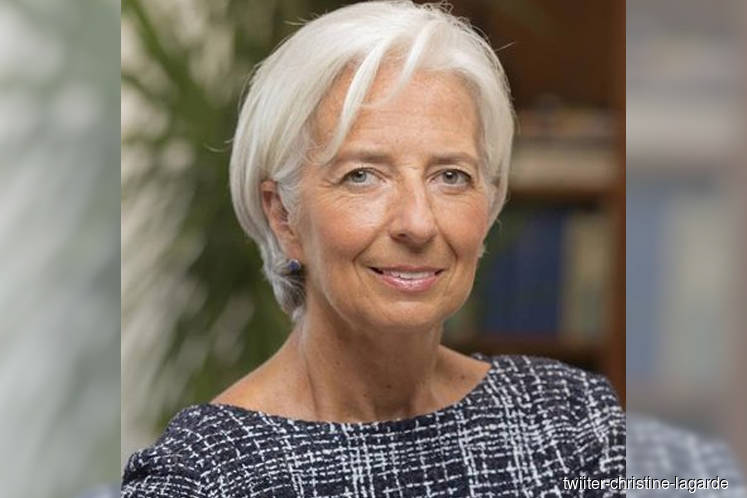 KUALA LUMPUR: The trade diversion benefits resulting from the US-China dispute may not necessarily translate into longer-term developments that can contribute to the economy, says International Monetary Fund (IMF) managing director Christine Lagarde.

She believes nobody wins in a trade war, including countries like Malaysia that are part of the supply chain of many products covered by Washington’s tariff increase in Chinese goods.

“What is important is to take into account the medium and longer term to see really what is the certainty and the likelihood of those trade diversions to actually anchor into the development of the countries,” said Lagarde.

“What is seen now as a sort of a short-term fix — which seems like a great opportunity for some countries — will not necessarily develop into a longer-term development which will result in capital expenditure and foreign direct investment that can contribute to the real development of the economies,” she added.

Lagarde was speaking at a press conference alongside Bank Negara Malaysia (BNM) governor Datuk Nor Shamsiah Mohd Yunus during her visit to the central bank yesterday.

Nor Shamsiah herself had expressed similar views in an interview with international news agencies last week.

According to Lagarde, it is feared that global growth could face a 0.5% reduction in 2020 as a result of the tariff increase.

“We are concerned that the trade tensions could actually have a significant impact on global growth. You do not associate trade war with increased well-being for people with additional, more inclusive growth, [nor] with predictability and certainty, without which investors generally do not invest, traders do not trade, and consumers do not consume.

“Any positive move towards resolving the current trade tensions that we have seen between the US and China, among others, will certainly be welcomed from the perspective of the global economy,” she added.

Lagarde was on an official two-day visit to Malaysia where she met with Prime Minister Tun Dr Mahathir Mohamad and Finance Minister Lim Guan Eng to discuss, among others, fiscal challenges faced by Malaysia and collaboration with IMF going forward including through technical advice.

She said the IMF is pleased to observe that Malaysia had in Budget 2019 returned to fiscal discipline and is rebuilding its buffers. She hopes to see continued efforts in the country’s pursuit of higher and better education for all, improvement of women’s role, and the fight against corruption.

Lagarde also concurred with Dr Mahathir on the need to improve intra-regional relationships within Asean.

“From the initial programme launched, there are already some achievements and I hope, very much more to come in terms of fight against corruption — [which] is also one of the goals that we have at the IMF — to be much more intrusive and specific about what needs to be included in terms of governance and to eradicate corruption.

“I am only delighted that the prime minister has made fight against corruption and improvement of governance one of his leading proposals,” she added.

Lagarde said IMF acknowledges the progress Malaysia has made but pointed out that governance principles should be implemented in the country’s legal system.

“We hope in particular that the governance principles be really entwined and embedded in the legal system in Malaysia.

“Because that is the best way to ensure that it will survive the passing of time and the change of authorities over the course of the many decades to come. It is a legacy that is critically important. I am sure Dr Mahathir would be pleased to see his legacy embedded in the legal system,” she said.