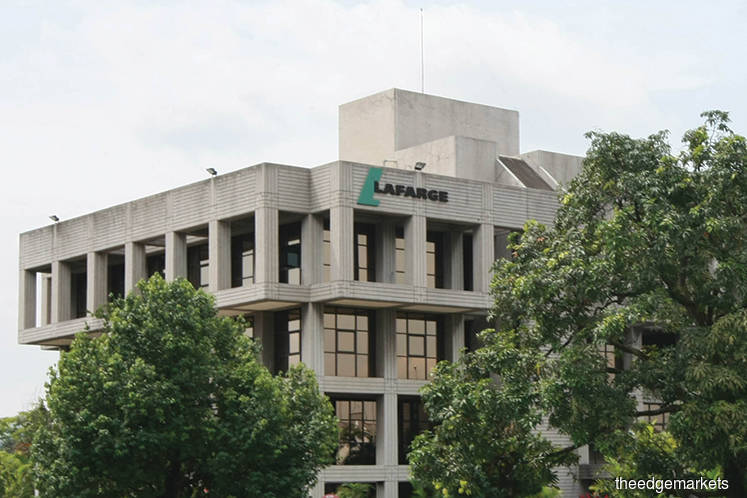 The supply of cement is under a RM270 million contract that Lafarge had secured from China Communications Construction (ECRL) Sdn Bhd for construction works for the rail link project, suspended last year after the change of government. It was revived on April 12.

Lafarge said it received a letter from ECRL yesterday to cease the suspension of supply of cement to the company with immediate effect.

The letter was issued after ECRL received instruction from Malaysia Rail Link Sdn Bhd on April 15 to lift the suspension of the cement supply contract.

“The company (Lafarge) is instructed to resume supplies for the remaining term under the contract until Dec 31, 2019,” it said.

Under the contract, the parties have the option to renew the contract for another two years.

The good news came on the heels of YTL Cement Bhd’s announcement last week that it had bought a 51% stake in Lafarge for RM1.63 billion, or RM3.75 per share.

YTL Cement has since launched a mandatory general offer (MGO) to buy out the remaining shares in Lafarge from minority shareholders.

The MGO will cost it as much as RM1.56 billion if all minority shareholders accept the offer.

Lafarge’s share price was unchanged at RM3.72 yesterday after some 4.93 million shares changed hands, with a market capitalisation of RM3.16 billion.