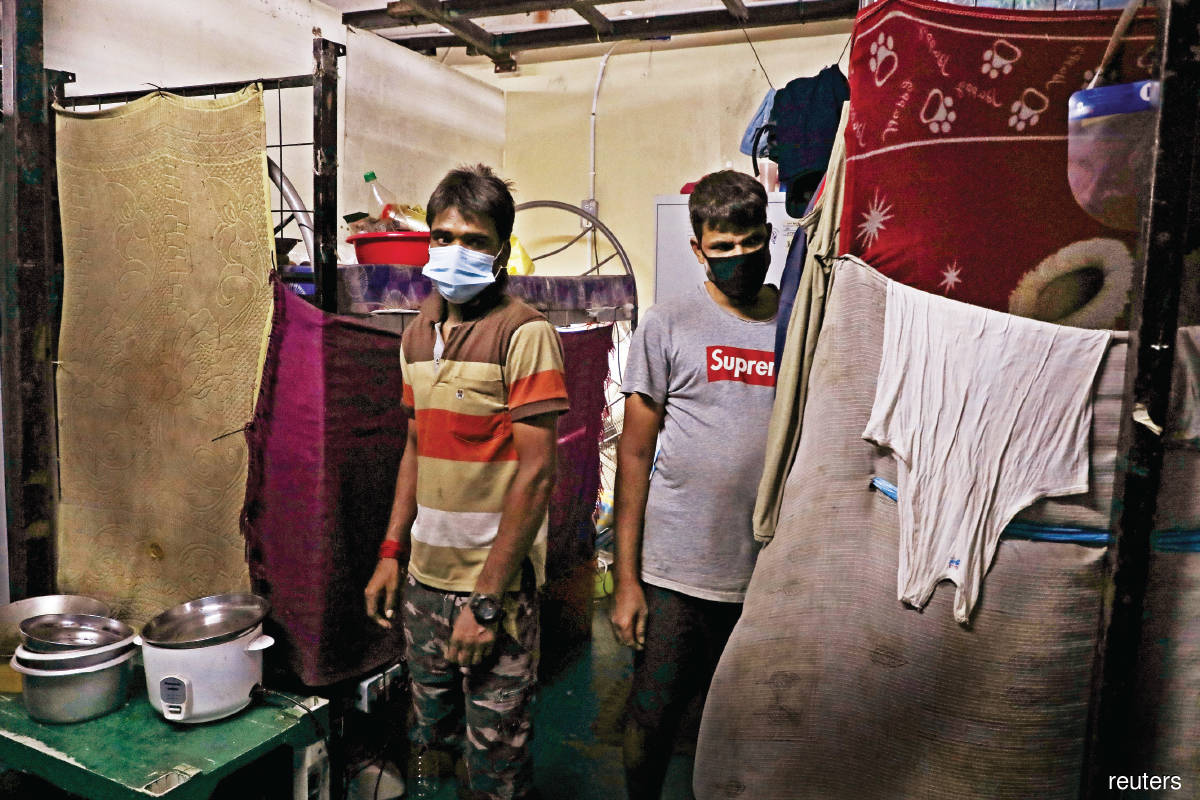 In a population of 32 million, Malaysia had as many as two million documented migrants between 2018 and 2020

The poor working and living conditions of migrant workers in Malaysia have come under the spotlight in recent years as the focus on environmental, social and governance (ESG) criteria grows. For instance, Dyson, a British brand known for its hair dryers and vacuum cleaners, terminated a contract with its Malaysian supplier late last year, following allegations of labour abuse.

Separately, the Malaysian Rubber Glove Manufacturers Association (MARGMA) estimated in March that the import ban imposed by the US Customs and Border Protection on gloves produced by several Malaysian companies has resulted in losses totalling RM3.6 billion in export revenue. These companies were banned over allegations of forced labour.

Evidently, the cost of weak ESG performance and over-reliance on low-skilled workers is fast rising for Malaysian companies, from glove manufacturers to oil palm growers.

This may provide an impetus for labour-intensive industries to cut their reliance on low-skilled foreign workers, accelerate investments in technology, and improve the salary and working conditions for local and foreign workers.

The government must move quickly to intensify this shift with policies favouring higher-skilled labour. This will attract more quality investments that Malaysia needs for the next phase of development, says Sunway University’s professor of economics Dr Yeah Kim Leng.

“Now is the time to push for an innovation-driven economy that will lead to high-value products and increased levels of productivity. There is now a need for companies to re-evaluate their business model,” opines Yeah.

For example, MARGMA had said that the industry was aiming to raise the level of automation to 95% from 85% currently in the next two to three years, to further reduce its reliance on low-skilled labour.

In a population of 32 million, Malaysia had as many as two million documented migrants between 2018 and 2020. This is on top of an estimated 1.2 million to 3.5 million additional migrants in the country, according to World Bank figures. This makes Malaysia the largest migrant-receiving country in Southeast Asia, according to the International Organization for Migration.

For Malaysia’s economic growth to be sustainable and inclusive, it needs to be founded on decent work through employment creation, social protection, respect for labour rights and social dialogue, says the International Labour Organization (ILO) in an email reply to ESG.

“Aside from reducing unemployment, the quality of employment for all workers in the country — both Malaysians and non-Malaysians — should also be improved by raising the labour standards ideally to the international level, as many global buyers are increasingly becoming conscious of ethical business practices,” says ILO.

One method to ensure that the country’s growth in the upcoming decades is sustainable — in the economic and social context — is to strengthen Malaysia’s labour market institutions, says Calvin Cheng, analyst at the Institute of Strategic and International Studies (ISIS) Malaysia.

“Owing in part to the legacy of British colonialism, Malaysia has historically favoured the rights of employers over the rights of workers, [thus] suppressing wages and worker protections in favour of lower production costs and short-term profits,” he says.

But this is now slowly changing. “There have been numerous efforts underway over the past decade, including several recent amendments to labour laws, that aim to strengthen Malaysia’s labour market institutions,” Cheng says, adding that more needs to be done, with flexibility given to micro-enterprises and small businesses.

“This will be a key step in shifting Malaysia’s economy towards a higher-value equilibrium. There is evidence that increasing worker welfare and wages can increase firm investment and innovation, ultimately contributing to greater productivity at the national level.

“Without a shift, firms will continue to create lower-wage jobs and underinvest in technology and innovation.”

Weaning off the addiction to cheap labour

Colonial history aside, public policies tied to the rapid industrialisation of Malaysia in the 1980s have also contributed to the country’s addiction to cheap labour.

The influx of foreign workers was initially designed as a transitionary support to alleviate production constraints and address the labour shortage that emerged after the country’s rapid industrialisation and economic growth. But their presence became more entrenched in the labour force in the decades that followed.

The government’s attempt to cap foreign workers’ share of the labour force to 15% since 2016 has yielded limited success.

“On paper, they believe they have achieved this but, in reality, there is another invisible workforce of irregular migrants, who were also brought into Malaysia via trafficking and smuggling. And so, the cycle continues,” says Adrian Pereira, executive director at North-South Initiative (NSI), an organisation focused on empowering marginalised communities, including migrant workers.

Malaysia has stayed at Tier 3 in the US Trafficking in Persons (TIP) Report, which is the lowest rank, for the second straight year in 2022.

To resolve this, Malaysia must make painful decisions to leap into high-income sectors, while putting in place a comprehensive plan on labour migration to eliminate all profiteering and corrupt elements from the worker recruitment process, says Adrian.

“The labour reforms must be accompanied by institutional reforms … So, a comprehensive policy will tie all the loose ends that allow for the abuse and profiteering from labour migration,” he adds.