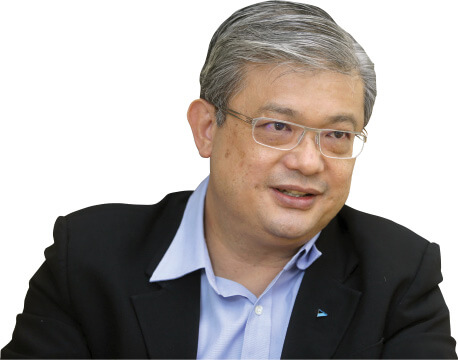 Ooi: This year we expect our export ratio to increase significantly, as local [sales] quantity slows down. Photo by Sam Fong

KUALA LUMPUR: As the blistering heat of El Nino gives way to increased rainfalls under its wet cousin La Nina across Southeast Asia this year, air conditioner (air con) sales are expected to cool, according to one air-con player, Daikin Malaysia Sdn Bhd.

Ooi, who said the company sold some 1.2 million to 1.3 million air-con units in its financial year ended March 31, 2017 (FY17), foresees that sales will drop in the current FY18. Daikin Malaysia is a subsidiary of global air conditioning solutions provider, Daikin Industries Ltd.

“I don’t think we will see similar [sales] numbers this year, as the market is shrinking. In the last two years, Malaysia and a major part of Southeast Asia were experiencing very hot El Nino weather and [air con] brands actually could not meet demand and ran out of stock in the months of April to June,” Ooi said in an interview with The Edge Financial Daily.

He said the changing weather pattern had made it a different story now. “So, we expect this year’s [local] sales numbers [to reduce by] about 10%-15% from last year,” he added.

Banks’ stricter lending criteria were another adverse factor, said Ooi. “The housing industry is also facing some difficulty now, as since last year, loans have not been easily approved, so that will also cause a slowdown in sales.”

Nevertheless, Ooi remains confident about the company’s performance as export numbers have been registering double-digit growth. Last year, the company’s exports grew between 12% and 15%.

“Since our export base has expanded, growth percentages will also change accordingly, so we are hoping to achieve an export growth rate of 10% for FY18, which will be our main engine of growth [moving forward],” Ooi said.

He added that being under an international brand, Daikin Malaysia has the advantage over other local companies of being able to export to other markets throughout the world, and so will be better able to weather the challenges in the local market.

“This year we expect our export ratio to increase significantly, as local [sales] quantity slows down,” he said.

“Last year was a breakthrough year for our export growth in the Middle East, but our biggest export market is still Europe,” Ooi added. Daikin Malaysia’s exports to the Middle East and Europe currently make up 40% of the company’s total exports.

“Besides Middle East, [we have also entered markets such as] Khazakstan and Uzbekistan, the ex-Soviet Union countries, as well as central Europe, working together with our Daikin affiliates,” Ooi added.

Meanwhile, Ooi shared that the company was planning to set up an improved logistics centre within 20km of its factory here in Sungai Buloh to better cater to the growth of its business. However, securing land in a suitable area has been a challenge.

“We are looking to acquire a land size of at least 20 acres (8.1ha). We have [not] had any proposal, but have yet to secure one in a suitable location which is accessible from the main highways,” he said.

The company is also setting up two new factories in Shah Alam. One will be for commercial products and is expected to be operational by the third quarter of next year, while the other is for the production of device components.

The devices factory is still awaiting investment approval from the parent company in Japan, as the group is placing more emphasis on technological developments such as automation to ensure that the quality of its products remains consistent.

“We need to be more forward thinking and to [prioritise] automation for long-term benefit. When we design our processes, they must be foolproof, be able to deliver consistent quality and ensure that work is done safely,” Ooi added.

“We plan to invest about RM70 million to RM80 million to complete the [commercial products] factory, but investment for the devices factory is still pending approval,” he said, adding that its initial proposal of RM60 million for the latter was not accepted.