KWAP pushes for 7% return per annum via Teras 5 initiative 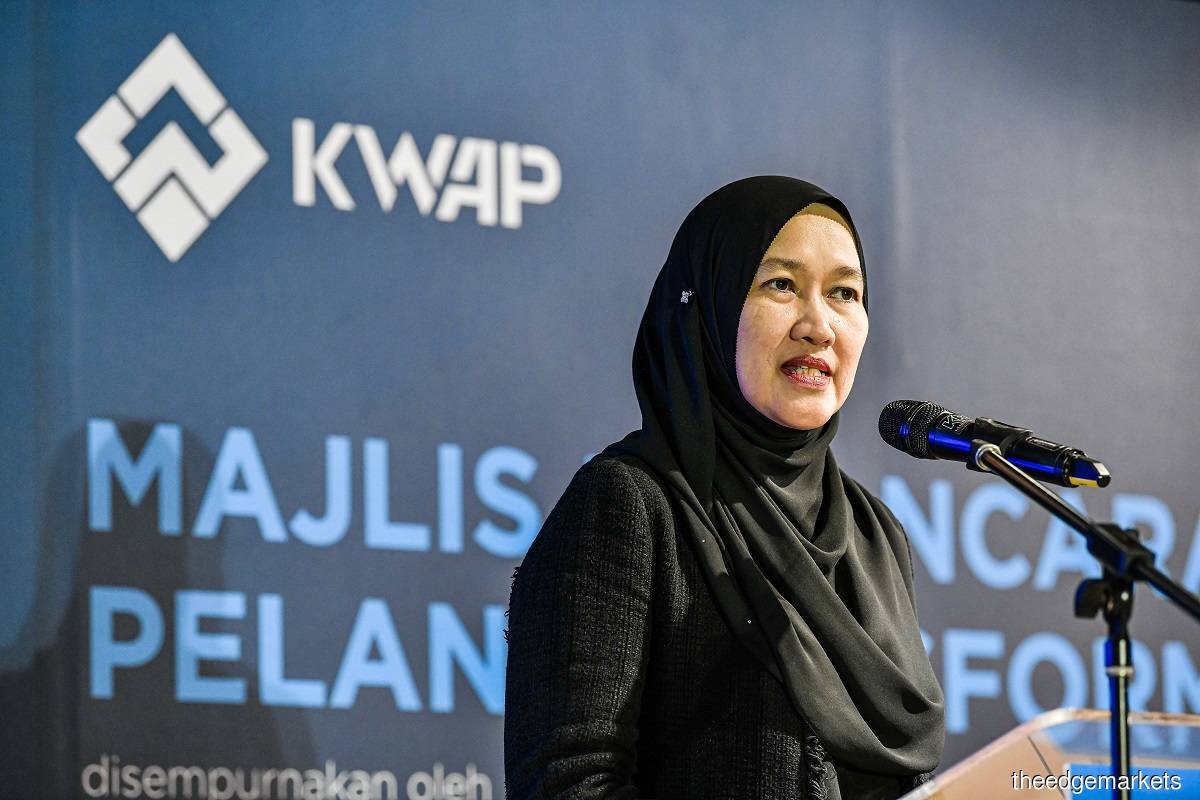 Nik Amlizan: With Teras 5, our focus is very much to ensure the capabilities and skill sets are enhanced. We need to deep dive into those asset classes and make sure we know the assets well, know our investment and risks well. (Photo by Zahid Izzani Mohd Said/The Edge)

KUALA LUMPUR (Aug 3): After achieving about 6% return per annum from its investments in the past years, the Retirement Fund (Inc) (KWAP) is pushing for a 7% return per annum via its newly launched transformation plan Teras 5.

Currently, 90% of the fund's investments are in the public market — including listed equity and fixed income — while 10% is in the private market. KWAP also announced on Wednesday that it aims to raise the percentage of its private market investments to 20% by 2025.

“Moving forward, our focus is very much on the private market side. When I say private market, there are three different asset classes: private equity, infrastructure and property,” she told the press after the launch.

Nik Amlizan acknowledged that there would be additional risk as information from the private market is not publicly available, but assured that Teras 5 will help in managing those risks.

“With Teras 5, our focus is very much to ensure the capabilities and skill sets are enhanced. We need to deep dive into those asset classes and make sure we know the assets well, know our investment and risks well,” she said.

“KWAP is not increasing our risks, but optimising the risk allowance that was given to us. By optimising, we hope to be able to get better returns,” he said.

Nik Amlizan also revealed that KWAP intends to increase the portion of its foreign investment from its current 20% to 30% by 2025.

“KWAP's foundation is strong [enough] to support 6% [return per] annum, but we want to achieve 7%, we have to make sure [of] a much more stable foundation moving forward.

“We do not want to sit on our laurels, not to accept that 6% as it is, we intend to stretch that further,” she said.

KWAP recorded the highest unaudited net income of RM10 billion in 2021. Nik Amlizan said KWAP will only reveal its expectations for 2022's performance closer to the end of the year.

Currently, the fund has 17 companies under its umbrella, including 14 special purpose vehicles and two subsidiaries. It also has investments in more than 40 countries.