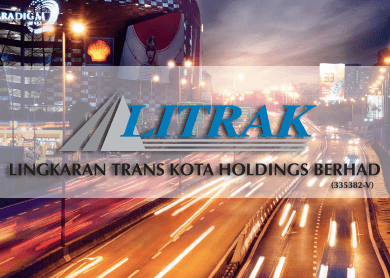 According to Litrak's (valuation: 1.5, fundamental: 2) filing to Bursa Malaysia today, KWAP, also known as Retirement Fund Inc, bought the shares on June 23 this year. Following the purchase, KWAP had a direct 7.049% stake in Litrak and an indirect 0.077%.

Today, Litrak said KWAP had upped its stake via "purchase of shares in the open market by KWAP's fund manager."

KWAP had been buying Litrak shares on the open market in recent weeks. According to Litrak, KWAP had on June 10 bought 95,600 shares after acquiring 64,600 units on June 2.

According to Litrak's website, the company is the concessionaire for the Lebuhraya Damansara-Puchong (LDP), which runs through Malaysia's Klang Valley.

Construction of the 40km LDP was completed in December 1998, according to Litrak.

Gamuda Bhd is Litrak's largest shareholder with a 44.49% stake.