KWAP to buy TRX land at 15% less than Tabung Haji 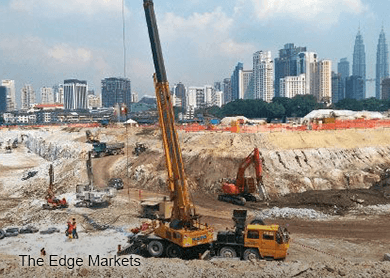 (May 11): Retirement Fund Inc (KWAP) will buy a parcel of land and building as its new headquarters at the Tun Razak Exchange (TRX) project in Kuala Lumpur City Centre, The Star reported today, with the price set for more than 15% lower than what Lembaga Tabung Haji had paid under its deal.

The English daily said KWAP would pay between RM1 billion and RM1.2 billion for both the land and a 40-storey tower in the site.

Quoting sources, it said the land was bought at about RM2,300 psf.

It said the heads of agreement on the purchase had been ironed out between KWAP and 1Malaysia Development Berhad (1MDB), which owned TRX.

“The heads of agreement is a prelude to the sales and purchase (S&P) agreement. The terms of agreement are also tight where KWAP will only pay 10% first and the rest upon completion of the building,” it quoted an unnamed source as saying.

Tabung Haji’s decision to pay 1MDB RM188.5 million, or RM2,774 per sq ft (psf), for the 0.64 ha land for the purpose of building a residential tower has created uproar among its depositors, some of whom withdrew their savings at its branch in Shah Alam on Thursday.

Opposition politicians were quick to note that Tabung Haji was paying far more psf than what 1MDB had paid at RM64 psf when it first bought the land from the government, leading some to call the deal a "bailout" given 1MDB's massive debts.

On Saturday, the pilgrims’ fund announced it was selling the land it had purchased from 1MDB, following public outcry over the transaction.

Tabung Haji chairman Datuk Seri Abdul Azeez Abdul Rahim said Prime Minister Datuk Seri Najib Razak had advised him to dispose of the land so that the fund's reputation was not "tarnished" due to its business transaction with 1MDB, and in order to respect the "sensitivity" of the depositors.

The Star said government retirement fund KWAP had been renting its headquarters in Menara Yayasan Tun Razak at RM4 psf from landlords Tun Razak Foundation and the Employees Provident Fund.

As such, it was a "natural step" for it to move to TRX since the project was being promoted as an Islamic financial market hub.

“KWAP wants to be in an area where the market is, especially one that is going to be an Islamic finance centre,” the English daily quoted a source as saying, adding that KWAP is expected to occupy ten floors of its new headquarters and rent out the rest.

Sources also told The Star that although the sales and purchase agreement had yet to be signed, the terms would be "better" than that of the 1MDB-Tabung Haji deal.

“KWAP will pay a deposit of 10% and the money will be deposited into an escrow account,” said a source.

The source also said the new KWAP building would face the underground Mass Rapid Transit (MRT) station to be built at TRX.

That station is said to be the largest along the Sungai Buloh-Kajang MRT line which is currently under construction.

The Star said KWAP had been encouraged by Putrajaya to consider assets within the country and last April, announced the purchase of Integra Tower for RM1.065 billion, marking its first foray into domestic property acquisition.

In a report announcing the transaction, the fund said that the 39-storey, grade-A office building, with a net lettable area of 760,715 sq ft and 850 parking bays, had a yield of 6%.

The property, which forms part of The Intermark comprising Vista Tower, Double Tree by Hilton and Intermark Mall, is located at the intersection of Jalan Ampang and Jalan Tun Razak in Kuala Lumpur.

The Star added that KWAP also had six properties in Australia and three in London. – The Malaysian Insider