Kuching assets linked to Ekran’s Ting up for sale 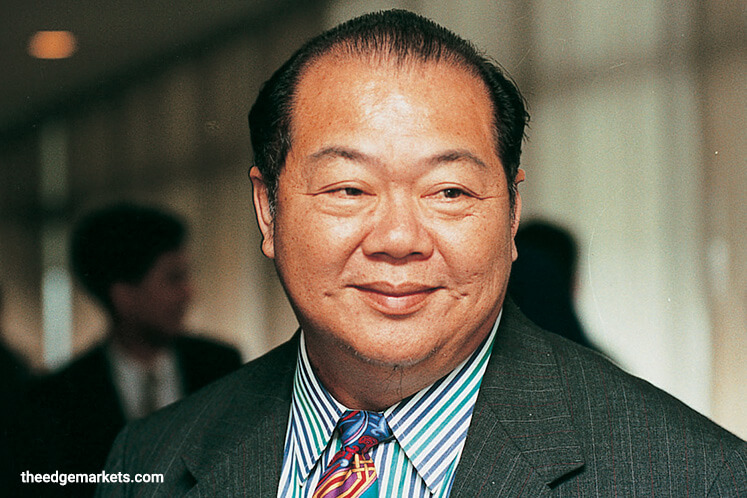 THE receivers and managers of Global Upline Hotels & Resorts Sdn Bhd, a company linked to Tan Sri Ting Pek Khiing — who was declared a bankrupt in 2010 — have put The Century Hotel in Kuching, Sarawak, and several adjacent parcels of land up for sale.

The sale includes a 12-storey hotel block and three parcels of leasehold land measuring a total of 14,840.88 sq m or 3.67 acres. Industry estimates put the combined value of the assets at RM200 million.

Mohamed Raslan Abdul Rahman and Chan Siew Mei of KPMG Deal Advisory Sdn Bhd are listed as the appointed receivers and managers of Global Upline Hotels & Resorts, a search on the Companies Commission of Malaysia website reveals. The former was appointed in May 2015 and the latter in August 2016.

A receiver and manager is typically appointed by a bank under the powers contained in a debenture when a company defaults on a loan.

In a recent advertisement, KPMG said, “Offers are invited for the purchase of ... land, building and assets belonging to a company located at Jalan Lapangan Terbang Baru, Kuching, Sarawak on an en-bloc basis and on an ‘as is where is basis’.”

When contacted by The Edge,  a KPMG official declined to provide any details pertaining to the advertisement or if the company is linked to Ting. KPMG is selling the memorandum of sale containing a description of the property for RM1,060.

Ting is the former developer of the Bakun project via Ekran Bhd. He was declared a bankrupt by the Kuala Lumpur High Court in October 2010, following a lawsuit initiated in 2004 after he defaulted on a loan from Bank of Commerce Bhd in relation to shares under Ekran’s rights issue in 1997.

Based on the information in KPMG’s advertisement, the sale includes three parcels with varying expiry dates on the leases. Lot 3186 Block 16, Kuching Central Land District, measures 3,600 sq m with a lease expiring 26 years from now on April 18, 2043, while the lease on Lot 3281 Block 16, Kuching Central Land District, expires on March 16, 2057. This plot measures 7,982 sq m.

Century Hotel, which was previously the Four Points by Sheraton Kuching, is described as a four-star hotel with a 440-room inventory. The gross floor area of the building is 82,036 sq m. The hotel has dining, meeting and banquet facilities as well as a gymnasium and swimming pool. Also listed as part of the sale are the fixtures and fittings in the hotel complex, together with the chattels within the property.

The industry estimate of RM200 million for the assets is based on the assumption that the hotel is not located on any of the three land parcels and a price of RM400,000 per room, and RM100 to RM200 per sq ft for the land parcels, depending on whether they are agricultural or commercial land.

It is interesting to note that the advertisement also said, “All interested parties, including directors, guarantors and shareholders of the company (Global Upline Hotels & Resorts), are to submit their offers ... by May 8, 2017.”

All four directors are shareholders of the company with Mohamad Danel owning 40% while the other  three own an equal 20% each.

Based on the latest financials of Global Upline Hotels & Resorts available on CCM — for the financial year ended Dec 31, 2012 (FY2012) — total liabilities at that time stood at RM314.79 million, of which RM252.47 million were current. The company also had an accumulated loss of RM57.16 million in FY2012. The two most recent charges revealed in the CCM search were lodged with Bank Muamalat Malaysia Bhd in June 2011 and Bank Pembangunan Malaysia Bhd in December 2010.

The Edge understands that Starwood Hotels & Resorts stopped operating the hotel as Four Points by Sheraton sometime in 2015 or 2016. Subsequently, the hotel started operating under the Century brand and continues to do so.

While CCM does not show a direct link between Ting and Global Upline it is noteworthy that it was previously reported that Global Upline was a private company linked to Ting. In 2001, Global Upline won the bid for the Bakun coffer dam project. Subsequent articles have quoted Ting as the advisor of Global Upline Hotels & Resorts.

Mohamed Danel, meanwhile, also sits on the board of a Hydro-Icon Sdn Bhd — in which he has a 55% stake — where Ting’s son Bobby Ting Sie Ching is a shareholder with 35% equity interest. In a previous article, Bobby is named as a managing director of Hydro-Icon, a Sarawak-based company specialising in the design, engineering and construction of water and wastewater treatment equipment and systems.

Meanwhile, the public examination of  Ting and the examination of his wives, son and some of his ex-employees concerning his affairs and property are presently ongoing in the bankruptcy proceedings brought against him.

In 2011, the Sultan of Selangor revoked the datukship awarded to Ting after he was declared a bankrupt by the Insolvency Department.