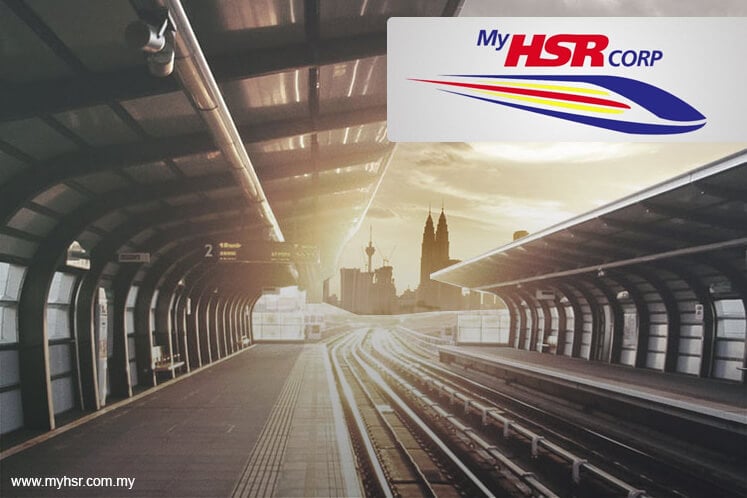 “Each consortium will comprise multiple partner companies depending on individual strengths and expertise to meet the requirements of the AssetsCo role,” he told a media briefing yesterday, ahead of an upcoming joint industry briefing by Malaysia and Singapore for the AssetsCo tender to be held in Singapore on July 5.

The tender is scheduled to be jointly called in the fourth quarter of 2017 by both MyHSR and the Singapore Land Transport Authority (LTA). The briefing is expected to attract more interested parties than a previous request for information in 2015, which drew 98 submissions, said MyHSR commercial director Tonny Yeap. “Registrations of interest so far are predominantly from East Asian companies plus Europeans,” Yeap told The Edge Financial Daily on the sidelines of yesterday’s media briefing.

The governments of Japan, South Korea and China have strongly lobbied for participation in the project over the past couple of years. “It’s natural as these are the countries with the high- speed rail technologies,” Yeap said. “We foresee that all these players will be looking at forming consortiums, thus in the end we will have maybe a handful, possibly 10 or fewer consortiums that will gel around complementary strengths and values,” said Mohd Nur Ismal.

The AssetsCo will be responsible for designing, building, financing, and maintaining the trains, tracks and communication systems, among others.

Among the roles to be filled in the consortium are traffic control and communication systems providers, asset managers of networks and rolling stock providers. A consortium would also be expected to have signalling providers, network operators and financiers, MyHSR said.

When asked whether having a local partner in a consortium will be a requirement, Mohd Nur Ismal said the matter had not been decided by the governments of Malaysia and Singapore. “We are still in the process of putting in all of the requirements and we have not made a decision as to how firm local participation is [going to be required],” said Mohd Nur Ismal. “But what we forsee is that because this is a long-term business, the more local content they use, the more localisation they incorporate into the proposal, the value becomes better for both them and for us.”

Called “availability payments”, the annual payments will be made throughout the concession period to ensure the AssetsCo has sufficient funds to operate with.

These payments will be on top of the AssetsCo’s second income stream from leasing trains to the HSR operating companies. The leasing fees will be fixed but the actual income may vary depending on utilisation and other factors, Mohd Nur Ismal added.