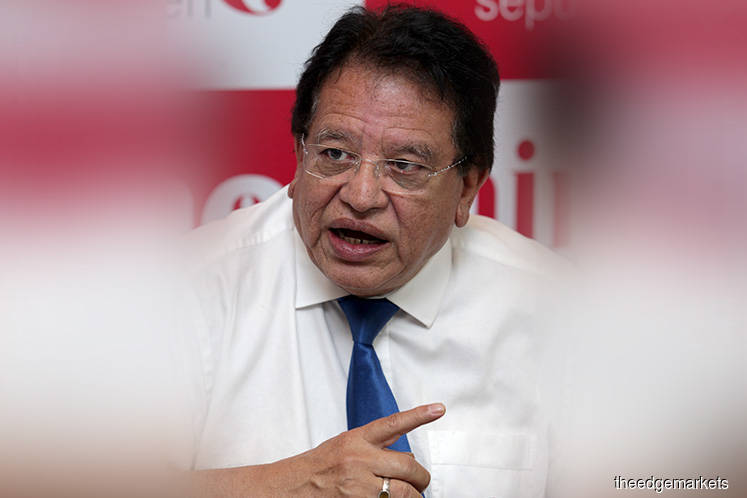 The appeal was called for mention today before the Court of Appeal registry.

Deputy Public Prosecutor Mohamad Firdaous Mohamed Idris told theedgemarkets.com that the case is now fixed for further mention on April 24 while awaiting the records of appeal from the Kuala Lumpur High Court.

On Jan 28, the High Court had dismissed Tengku Adnan's application to set aside the order for him to surrender his passport to the court by increasing the bail amount.

However, on Feb 11, the High Court agreed on the temporary return of his passport so that he could visit his two daughters, aged 18 and 13, in Australia where they are studying, as well as to attend business meetings in Indonesia.

He was ordered to return his passport to the court by Feb 28.

The High Court is of the view that Tengku Adnan could apply for the temporary return of his passport if he has to travel overseas.

Last Nov 15, Tengku Adnan pleaded not guilty to a charge of receiving RM1 million in gratification from businessman Tan Eng Boon via a Public Bank cheque belonging to Pekan Nenas Industries Sdn Bhd that was deposited into a CIMB Bank account belonging to him (Tengku Adnan). This was purportedly to obtain approval for an application by Nucleus Properties Sdn Bhd (now known as Paragon City Development Sdn Bhd) for a higher development plot ratio at Lot 228, Jalan Semarak, Kuala Lumpur.

The offence was allegedly committed at the CIMB Bank branch at the Putra World Trade Centre on Jalan Tun Ismail on Dec 27, 2013.

The charge, under Section 16(a) of the Malaysian Anti-Corruption Commission Act 2009, provides for imprisonment of up to 20 years and a fine of not less than five times the amount or value of the gratification, or RM10,000, whichever is higher, if an accused is found guilty.

Tengku Adnan also faces an alternative charge where, in his capacity as the Federal Territories Minister, he is alleged to have received for himself RM1 million without consideration from Tan even though he knew Tan had done so because of his official position as the relevant minister.

He was charged under Section 165 of the Penal Code for the offence and faces imprisonment of up to two years or a fine, or both, if found guilty.

On Dec 12, Tengku Adnan was also charged as a public servant in his capacity as the Federal Territories Minister with receiving valuables, without consideration, amounting to RM2 million from one Chai Kin Kong, through a Hong Leong Islamic Bank cheque belonging to Aset Kayamas Sdn Bhd, that was deposited into a CIMB account belonging to Tadmansori Holding Sdn Bhd in which he (Tengku Adnan) had an interest and which he knew to be connected to his official functions.

He was then released on bail of RM500,000 and ordered to surrender his passport to the court.