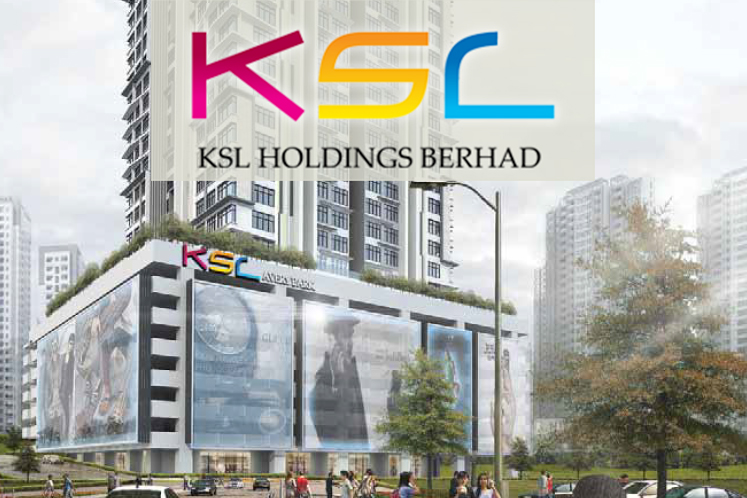 KUALA LUMPUR (Aug 27): KSL Holdings Bhd announced a 59.4% jump in net profit to RM67.78 million in its second quarter ended June 30, 2019 (2QFY19) from RM42.52 million a year ago. The Johor-based property developer attributed the better earnings to the completion of its existing main projects in Johor Bahru and Klang.

The change in sales mix during the quarter under review too helped to lift the group’s basic earnings per share to 6.66 sen, compared with 4.18 sen apiece in 2QFY18.

The developer’s cash pile soared to RM354.12 million as at June 30 from RM296.86 million a year ago. It is indeed sitting pretty on a net cash position of RM172.1 million, or 16.9 sen per share. However, the board did not declare any interim dividend.

The group said it is in the midst of developing a piece of land held along Jalan Klang-Banting here, and is anticipating a gross development value of RM10 billion with 10 main development phases.

“This mixed development project is expected to entail thousands of units of residential and commercial properties,” said KSL.

Meanwhile, the group is also expecting to benefit from more incoming investment from Singapore to the Iskandar Development region, as most of its flagship projects are located there.

It also has land held for current and future development in Johor Bahru, Batu Pahat, Kluang, Segamat, Muar, Mersing, Klang and Kuala Lumpur, most of which is available for immediate development with approval for subdivision granted.

According to KSL’s latest available annual report, as at Dec 31, 2018, the group has approximately 2,300 acres of landbank spread across these areas.

“These will help the group sustain its medium to long term development and profitability,” KSL said.