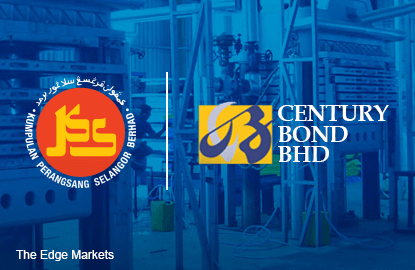 KUALA LUMPUR (Aug 12): It was a morning of contrating fortunes for Kumpulan Perangsang Selangor Bhd (KPS) and Century Bond Bhd (CenBond) after the former said it planned to take CenBond private for RM209 million or RM1.75 per share.

In a filing with Bursa Malaysia yesterday, KPS said its unit, Perangsang Packaging Sdn Bhd, is acquiring 85.73 million shares or a 71.44% stake in Century Bond, for RM150.03 million.

Perangsang Packaging is acquiring the shares from Century Bond's major shareholder, CB Equities Sdn Bhd, and its affiliate. The share sale, however, is conditional upon KPS obtaining approval of its shareholders at its forthcoming general meeting.

Upon completion, KPS will launch a mandatory general offer (MGO) on the major player in the industrial packaging and contract manufacturing sector in Southeast Asia.