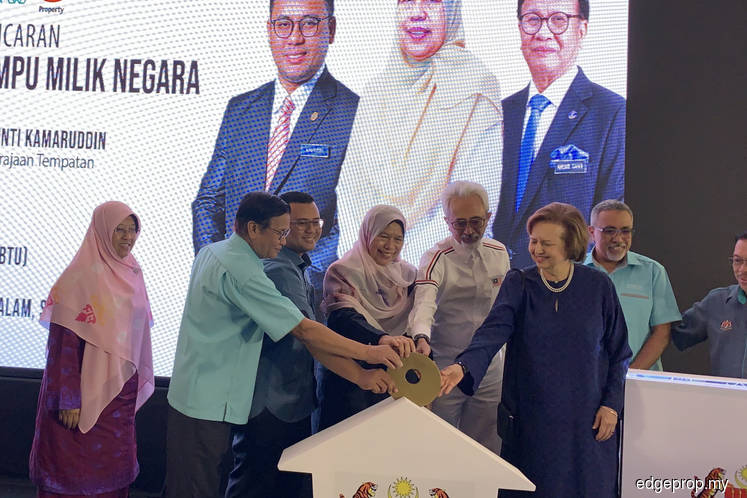 KPKT minister Zuraida Kamaruddin said the MoU had been signed during her visit with Prime Minister Tun Dr Mahathir Mohamad to Beijing, China for the Belt and Road Forum on April 26, 2019.

Among the eight China companies, six are financial institutions and two are construction companies. However, the minister declined to reveal the company names.

The MoU is expected to kickstart collaboration between the China companies and the Malaysian housing development sector to improve the development model of affordable housing, and to ease financing difficulties faced by B40 and M40 homebuyers.

Zuraida also said that there are Canadian and Abu Dhabi companies interested in investing in Malaysia.

Some of the China companies, she noted, had indicated an interest in providing funding or housing loans for homebuyers who intend to purchase a house under the Rent-to-Own (RTO) scheme.

“These foreign companies must partner with local companies in rolling out the housing projects, otherwise the application will not be approved,” said Zuraida during the press conference after launching the National Affordable Housing Policy on May 11.

The National Affordable Housing Policy or Dasar Perumahan Mampu Milik (DRMM) is a sub policy under the National Housing Policy (DRN) 2018-2025 which was unveiled in January this year, outlines the standards, key specifications as well as selling price for affordable homes.
Zuraida  explained that the pricing for affordable homes will not exceed RM300,000 but the exact selling price will vary across different states based on the local household average income and construction costs.

She added that the usage of IBS in affordable housing development is important, to reduce the construction costs and reliance on labour force, hence, bring down the property price.

DRMM also serves as a guide for the development of liveable and safe affordable housing.

The guidelines for affordable housing developments are outlined in the DRMM book which is available at the KPKT website (www.kpkt.gov.my) and the Jabatan Perumahan Negara website (ehome.kpkt.gov.my).

Meanwhile, Zuraida stressed that the government is on track to achieving its target in providing one million affordable homes to Malaysian.

According to the information provided by KPKT, apart from the 5,000 affordable houses that will be developed by Sime Darby Property within the next three years, a total of 163,636 affordable homes are under construction and have been completed by various Federal and State agencies as at April 30, 2019.