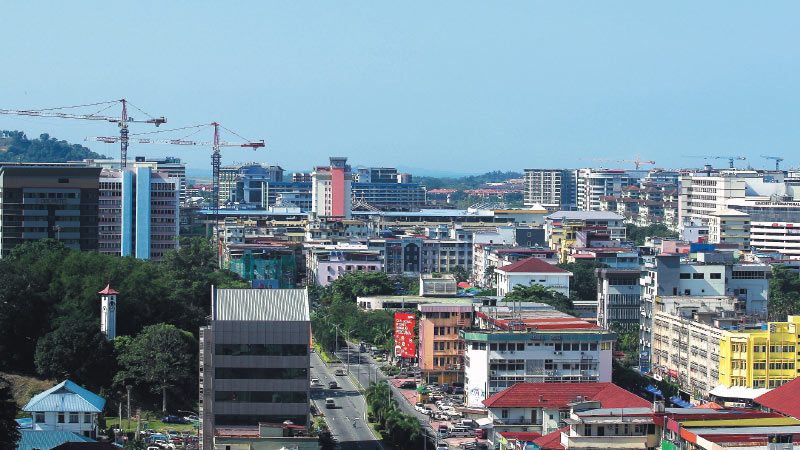 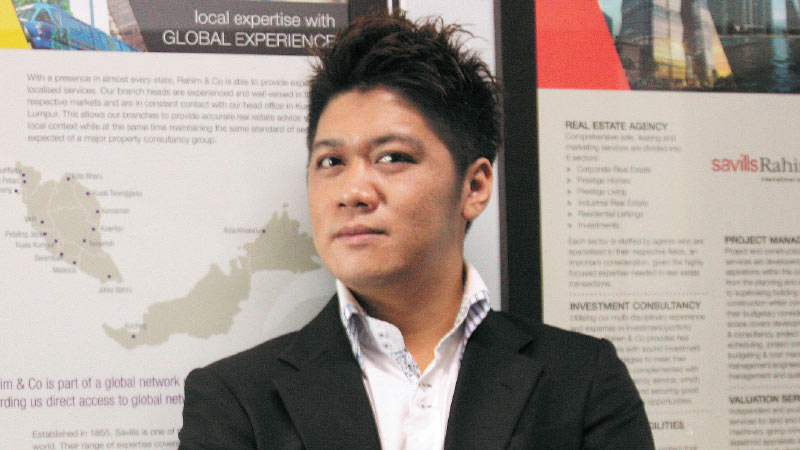 Sintia: The slowdown in the Kota Kinabalu residential property market has been mostly attributed to stringent lending conditions The Edge 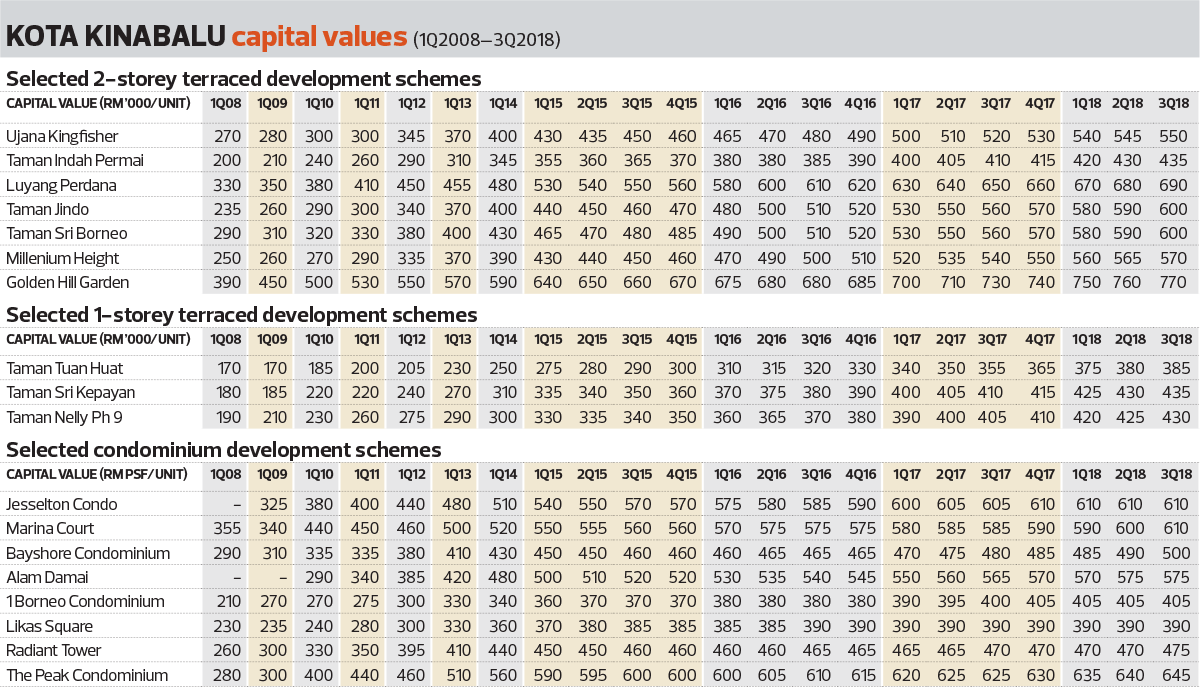 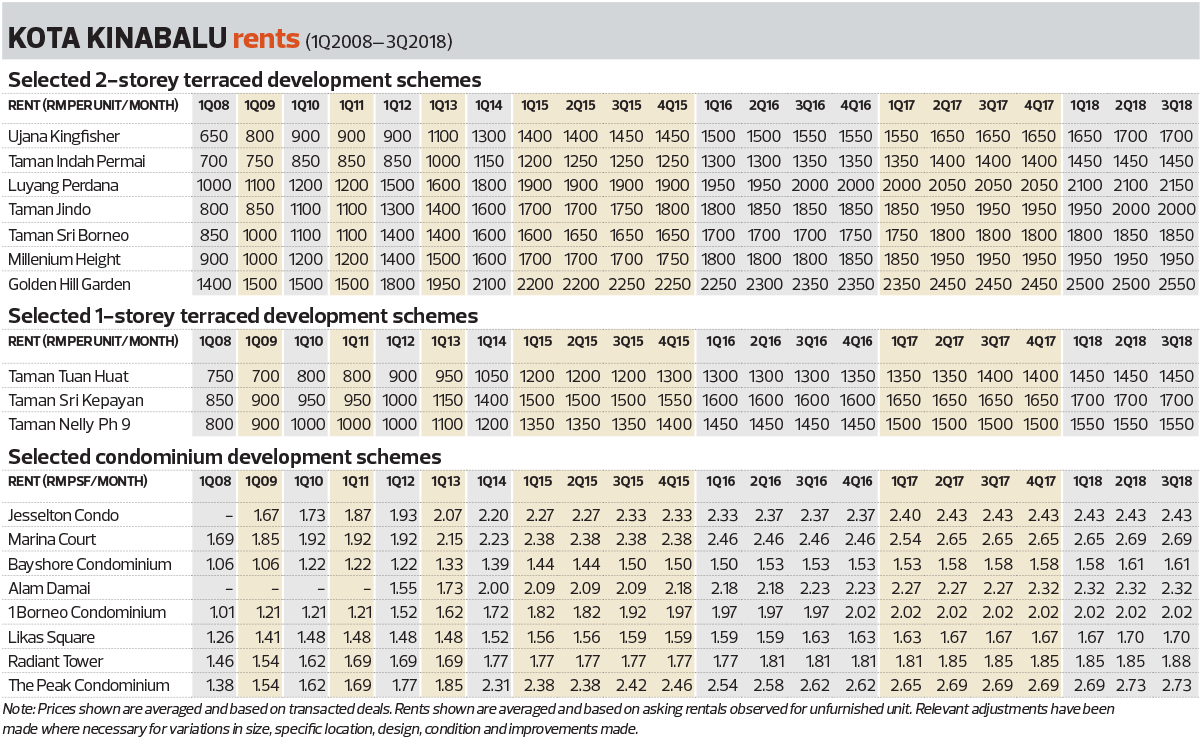 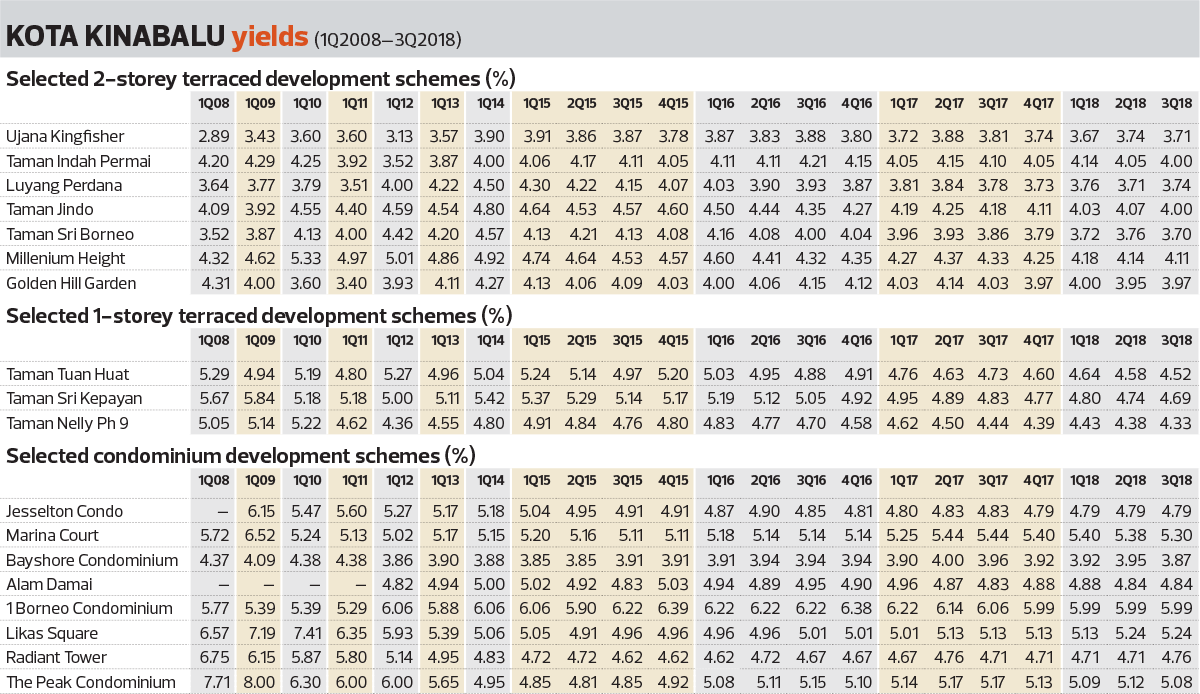 “The slowdown in the Kota Kinabalu residential property market has been mostly attributed to stringent lending conditions, making buyers struggle to secure financing. This is amid strong demand for residential properties, particularly from the younger generation in the secondary market,” says Max, in presenting The Edge/Rahim & Co Kota Kinabalu Housing Property Monitor 3Q2018.

During the quarter under review, the year on year price growth of the landed properties sampled ranged from 5.48% to 8.54% while condominiums saw y-o-y price growth of 0.8% to 4.3%.

The third quarter saw an overall stable housing market with average rental yields from 3.7% to 4.69% for landed properties and 3.87% to 5.99% for condominiums sampled in the monitor.

No y-o-y growth was recorded at Likas Square, which has maintained an average price of RM390 psf since 3Q2016.

The rest of the condominiums sampled did not register any price change q-o-q during the period under review.

Rental growth for 1-storey terraced houses during the quarter averaged 3.31% y-o-y but there was no change on a q-o-q basis.

On a q-o-q basis, the condominiums sampled did not register any growth in rent save for Radiant Tower at an average of 2.08%.

In terms of Sabah’s overall market performance,  in 2Q2018, there was a y-o-y drop in transaction volume in the state of 12.89% to 1,081 units of residential properties, according to the National Property Information Centre’s (NAPIC) latest data, says Max.

Max says NAPIC data revealed that the overall number of residential properties transacted in 1H2018 was 5.4% higher compared with 2,298 units in 1H2017.

He says that compared with 1Q2018, 2Q saw a decrease in transaction volume and value in Kota Kinabalu and Penampang by 20.40% and 29.63%, respectively.