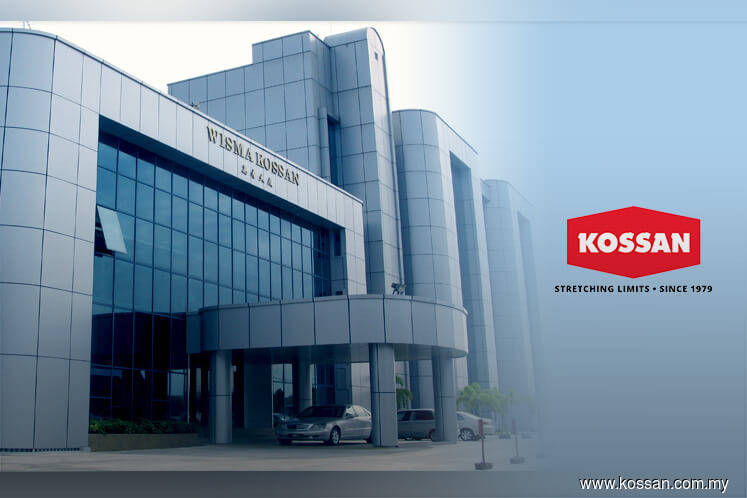 It is allocating total capital expenditure of RM1.5 billion for this project. Subject to relevant approvals, Kossan expects full completion (construction by stages) within eight years.

We understand that the project will be completed in stages. For now, the project remains in the planning stage, with key details yet to be finalised.

This land is estimated to be able to host numerous glove factories that can produce up to 34 billion pieces of gloves annually.

As at end-July, Kossan had an annual glove production capacity of 25 billion pieces.

Kossan sees this land’s location as very strategic in terms of: i) excellent connectivity; ii) sufficient labour force from surrounding areas; and iii) easy access to required utilities, such as natural gas, electricity and water.

If Kossan is able to secure relevant approvals to build glove manufacturing plants on the Bidor land on schedule, we are not discounting the possibility that it could dispose of its existing land in Bestari Jaya measuring 56 acres. Note that Kossan has yet to begin any expansion work on this land.

Originally, it planned to build four plants in phases on the Bestari Jaya land parcel with an annual total production capacity of 18 billion pieces. We had expected construction to begin in 2019, in stages, with targeted completion only in 2023.

We gather that Plant 16, with an annual capacity of three billlion pieces, has already been in full commercial production since end-July. Also, construction is underway for Plant 17 (1.5 billion pieces) and Plant 18 (three billion pieces), for which we expect gradual production by the end of the fourth quarter of 2018 (4Q18) and end-1Q19 respectively.

Combined, the three plants, which are all located in Klang, Selangor, will boost its annual production capacity by 34% to 29.5 billion.

We make no changes to our earnings estimates, “hold” call and TP of RM4.34. Our TP is still based on an unchanged 22 times forward price-earnings ratio (PER) for financial year 2019 forecast (FY19F), a 20% discount to the glove sector’s FY19F weighted average PER of 27.6 times.

Upside risks include faster-than-expected commissioning of its new lines. Downside risk would be sharp weakening of the US dollar against the ringgit. — CGSCIMB Research, Aug 9