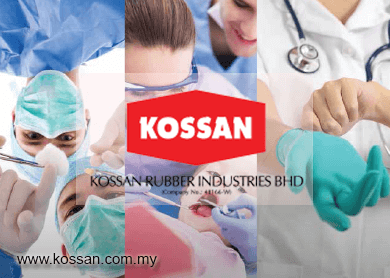 SHAH ALAM (June 18): Kossan Rubber Industries Bhd has earmarked RM600 million for capital expenditure (capex) in the next five years. A significant portion of the capex will finance construction of new factories to double the rubber glove manufacturer's output capacity.

“Our expansion plans for next five years include organic growth, through the construction of new plants, but our main focus will be on technology and quality of our products, which will be the driver towards doubling our production capacity within the next five years,” Lim told reporters after the company’s annual general meeting here today.

Hence, automation will form a crucial component of Kossan's holistic growth plans to improve the quality of its operations.

Lim said approximately RM50 million of the capex allocation would go towards automation.

“When we talk about automation, it is not only concerning production lines and production output, it affects all aspects of our organisation, and for us the focus is on quality, as automation will reduce the likelihood of defects caused by human errors,” he said.

The stock had risen 52% this year, outperforming the FBM KLCI's 2% decline.