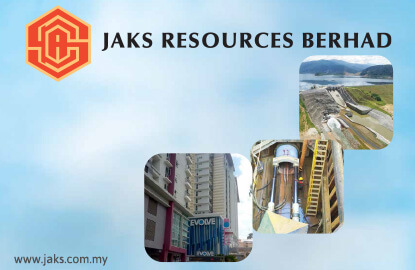 KUALA LUMPUR (Feb 22): Investor Koon Yew Yin, a philanthropist who is well known for his good stock pick, has emerged as a substantial shareholder of Jaks Resources Bhd, after he has bought 23.88 million shares or a 5.45% stake in the company.

Jaks Resources has commenced the construction of a power plant, which it will operate for 25 years, in Hai Duong Province, Vietnam. The construction works have helped to boost its earnings substantially.

Jaks Resources closed unchanged at RM1.31 today, with 5.28 million shares traded, for a market capitalisation of RM574.25 million. The counter has been trending upwards since the beginning of the year, rising over 28%.