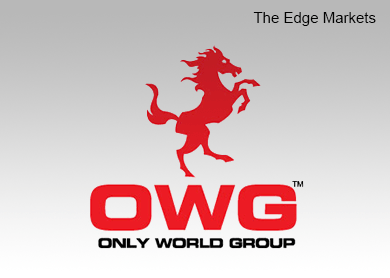 Only World Group Bhd
(April 22, RM2.33)
Maintain add with a higher target price (TP) of RM3.02: In a recent group meeting that we organised between fund managers and Only World Group Bhd’s (OWG) management, we learnt that Komtar would be a themed attractions-based destination.

Its net lettable area (NLA) has doubled and the space will be fully taken up by end of 2015.

We raise our financial year ending June 30, 2016 (FY16) and FY17 earnings per share (EPS) forecasts by 12% to 18% to reflect higher rental revenue from the Komtar space and higher projected revenue from the observation deck on level 64.

We are confident that the Komtar revitalisation project will be a success. As a tourist destination offering themed attractions, a high-rise observation deck and a sky bar and dining under a single roof, Komtar will be another captive market business in addition to Genting Highlands, we believe.

Penang averages five million to six million in tourist arrivals annually. With the help of the Penang state tourism board in promoting Komtar, we believe that management’s target of one million visitors is conservative and achievable.

We raise our observation deck visitor estimate from 600,000 to one million at an unchanged blended revenue of RM15 per visitor, which is conservative as management expects to price the tickets at a higher rate. 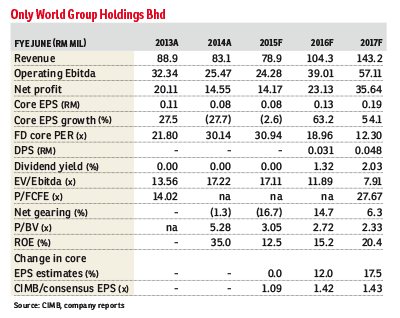