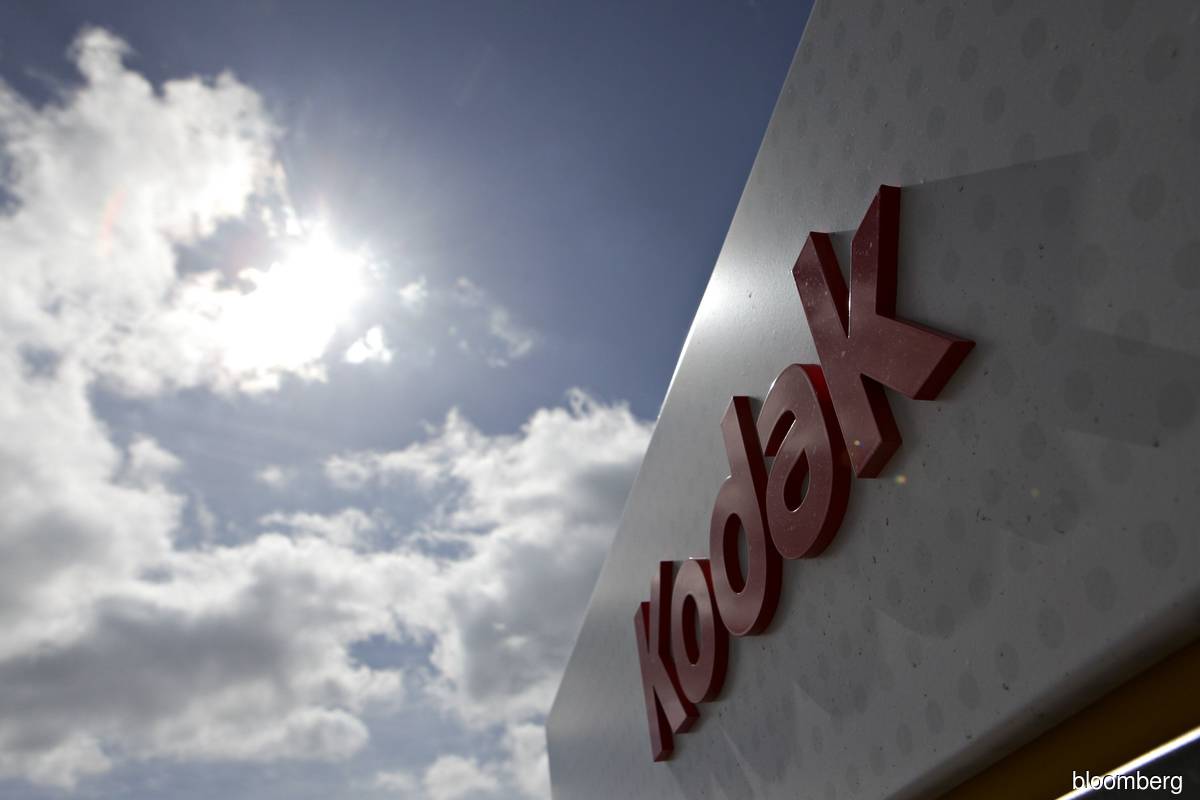 Kodak plans to make ingredients for generic drugs, aided by a US$765 million US government loan.

NEW YORK/PORTLAND (July 30) : Eastman Kodak Co is getting another shot at redemption.

The 131-year-old company that once dominated the market for photographic film and made an ill-fated foray into cryptocurrencies is pivoting again. This time, Kodak plans to make ingredients for generic drugs, aided by a US$765 million US government loan, the first fruits of a Trump Administration program aimed at bolstering American drug-making capabilities in the age of Covid-19.

News of the arrangement fueled a rally of as much as 2,760% for Kodak stock this week, with legions of day traders snapping up shares through the Robinhood Markets Inc’s trading app. On Thursday, the stock was up 18% to US$39.32 in New York.

But some financial analysts and economic development experts greeted the proposal with skepticism. Kodak filed for bankruptcy in 2012, after getting lapped by rivals in digital photography and failing to make good on an earlier multibillion-dollar acquisition of a pharmaceutical company.

It also has little to show for the planned introduction of a cryptocurrency two years ago. Why, then, would the government pick Kodak to spearhead efforts to reinvigorate a pharmaceutical production supply chain in the US?

“We are puzzled by the Trump Administration’s decision,” analysts at SVB Leerink wrote in a research note. “In particular, we find it puzzling why generic pharmaceutical companies who have the capabilities and know-how for this have not yet been awarded such contracts.”

Production of active pharmaceutical ingredients for generics is a “Herculean task,” they wrote. Ami Fadia, a senior analyst at SVB Leerink, said Kodak is “not even on the list” of companies she would have envisioned for such a loan.

Trump administration officials and New York Governor Andrew Cuomo lauded the planned loan, administered by the US International Development Finance Corporation under the auspices of the Defense Production Act. “It’s going to be the renaissance of the great state of New York as an industrial power,” Peter Navarro, President Trump’s trade adviser, said in a Tuesday interview with Fox Business. “And it’s going to give the people of our country some assurance that when push comes to shove in pandemics like this we won’t see what we’re seeing right now is over 75 countries restricting the sale of pharmaceuticals, or something, to us like face masks.”

Cuomo said the arrangement would result in the creation of 300 jobs. “Kodak has a long storied history in New York State, and we’ve been working with them to develop an even brighter future,” he said in a video presentation.

Plans for the loan got underway soon after May 14, when Trump signed an executive order calling for the expansion of “the domestic production of strategic resources needed to respond to the Covid-19 outbreak, or to strengthen any relevant domestic supply chains.”

Navarro said in the Fox Business interview that one of his staff, Christopher Abbott, a recent graduate of American University, identified Kodak as a prospect. Navarro’s office then brought Kodak to the attention of Adam Boehler, a former health care entrepreneur who heads the International Development Finance Corporation, Boehler said in an interview.

From there, DFC reviewed Kodak’s application, with Trump and Navarro keenly tracking progress, according to David Glaccum, who oversees the domestic investment effort. Navarro’s office didn’t return a request for comment.

The camera company officially filed an application for the new program in mid-June, Glaccum said. The group began to review the application with assistance from the Department of Health and Human Services and the Department of Defense. “They provide us with questions on the technical sides,” Glaccum said. “We’re finance folks, so we really rely on our interagency colleagues.”

The DFC saw two strengths to the deal: One, it believes that Kodak already has the equipment to produce the drug materials. Currently, 1%-3% of Kodak’s revenue comes from manufacturing materials for drugs. “The second thing is they had an advanced purchase order lined up,” Boehler said. He and Glaccum declined to identify the company that agreed to purchase drug materials. Kodak said it has a letter of intent for the deal.

While the DFC and Kodak have signed a letter of interest, the group hasn’t finalized the loan terms and said it won’t disclose them. “I think it’s priced like a commercial loan would be to the extent they could get one,” Glaccum said.

Kodak’s Executive Chairman James Continenza said in an interview with CNBC that he’s confident the loan will go through. “One of our core competencies has always been chemistry, for over 100 years we’ve been doing chemistry,” Continenza said. “We realized we could do more. The government realized they could do more. They kind of reached out, and we found a path that makes a lot of sense for the American public to help bring the pharmaceutical protections back to America.”

Continenza and board member Philippe Katz bought Kodak shares in June. Continenza bought almost 47,000 shares, while Katz bought 10,000 shares in two separate transactions. David Bullwinkle, the company’s CFO, purchasedalmost 2,900 shares in May. Kodak said Continenza’s purchases are a continuation of “ongoing, regular investments in Kodak and are in full compliance with regulatory guidelines for investment activity.”

News of the planned loan leaked on Monday through at least one local publication, RochesterFirst.com, which later deleted the story and an associated tweet. The same day, 1.65 million Kodak shares changed hands, compared with just under 75,000 shares on Friday.

This wouldn’t be Kodak’s first attempt at pharmaceuticals. Kodak entered the business in 1988 with the acquisition of Sterling Drug Inc for US$5.1 billion. The deal had a similar rationale: Kodak would apply its expertise in chemicals to pharmaceuticals. “For Kodak shareowners, the merger will accelerate our entry into the US$110 billion-plus worldwide pharmaceutical industry,” Colby Chandler, Kodak chairman and chief executive said at the time. “And it will provide us with attractive long-term sales and earnings potential.”

Six years later, Kodak sold the business unit in two pieces for about US$500 million less than it paid.

Kodak filed for bankruptcy almost a decade ago, after moving too slowly to embrace digital photography; it also worked on a small nuclear reactor for decades in a basement on its corporate campus. In 2018, during a period of cryptocurrency mania, Kodak announced that, with a partner, it would release a digital currency, the KodakCoin. The announcement sent the stock price soaring. Quickly one-third of Kodak’s shares were held by short-sellers, Bloomberg reported at the time. The cryptocurrency was later declared a failure.

Adding to concerns about Kodak’s prospects are questions around the talent pool in and near Rochester, said Prashant Yadav, an expert in medical and pharmaceutical supply chains and a senior fellow at the Center for Global Development. Other successful medical ingredients companies have been built in places where there’s greater expertise, he said.

He also wondered why the US government is prioritising making drug ingredients rather than investing in Covid-19 testing production. Yadav asked, “What else could have happened” with the money?