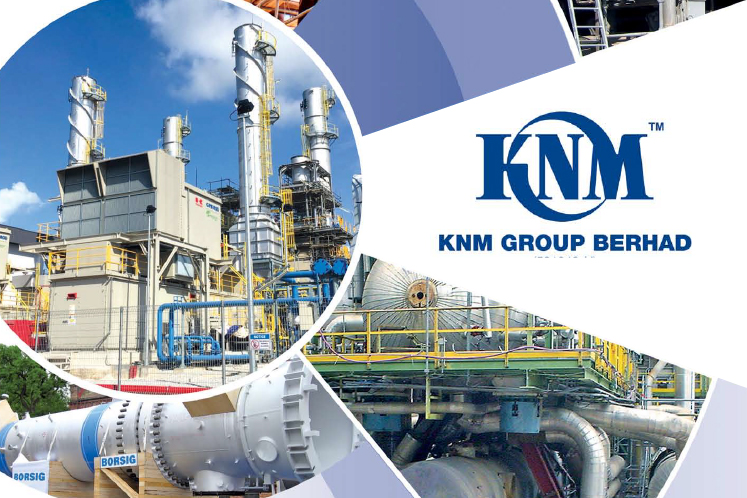 In a stock exchange filing, KNM said its indirect wholly-owned unit secured the job from Technip via a purchase order (PO) dated June 28, and that it involves the design, detailed engineering, fabrication and supply of air cooler heat exchangers as part of the expansion and modernisation projects of the Middle East Oil Refinery located in Alexandria, Egypt, that is managed by Middle East Refining Ltd (MIDOR).

The job is to be completed in no more than 14 months from the PO's date.

Technip, said KNM, is a subsidiary of TechnipFMC, a global leader in the oil and gas sectors of subsea, onshore, offshore, and surface technologies who has been awarded the engineering, procurement and construction main contract for the expansion and modernization of MIDOR.

KNM expects the contract to contribute positively to its earnings for the financial years ending Dec 31, 2019 and Dec 31, 2020, said the group.

Notably, the counter, along with other energy-related counters, has surged some 58% in the past week — from when it was trading at 19 sen on June 27 — following news that the Organization of Petroleum Exporting Countries (OPEC) looked set to extend supply cuts until at least end-2019. Two days ago, OPEC and its allies led by Russia agreed to extend oil output cuts until March 2020.