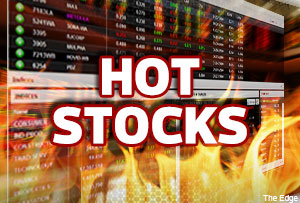 “The results of plantation firms have not been good, coupled with fallen prices of soybean oil,” he said over the telephone.

Oil palm and soybean are rival crops, hence, prices of these commodities tend to move in tandem.

KLK and IOI Corp have reported weaker financials, while GENP has yet to announce its quarterly results.

KLK, which announced its weaker results yesterday, has invited analysts downgrades after the company's full-year numbers came in below forecast.

“Hence, we are maintaining our neutral stance on KLK with a lower target price of RM20.04, from RM25.00 previously,” she said in a note today.